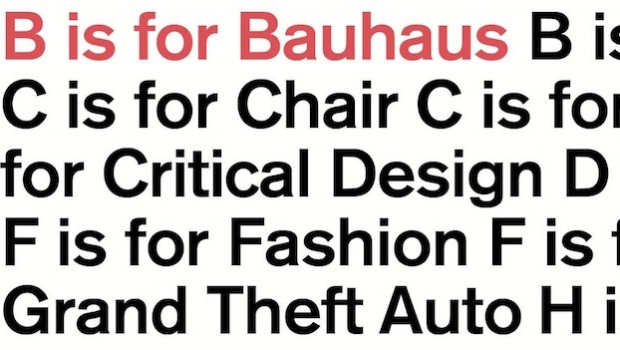 B is for Bauhaus: An A-Z of the Modern World by Deyan Sudjic

Blurb: This book is not a dictionary, though it tells you all you need know about everything from Authenticity to Zips. It’s not an autobiography, though it does offer a revealing and highly personal inside view of contemporary culture. It’s an essential tool kit for understanding the world around us. It’s about what makes a Warhol a genuine fake; the creation of national identities; the mania to collect. It’s also about the city as seen from the rear view mirror of Grand Theft Auto V; digital ornament and why we value imperfection. It’s about drinking a bruisingly dry martini in Adolf Loo’s American bar in Vienna, and about Hitchcock’s film sets. It’s about the modern world of fashion, technology, design and art. Born in London, Deyan Sudjic studied architecture in Edinburgh, edited Domus in Milan, was the director of the Venice architecture biennale, and a curator in Glasgow, Istanbul and Copenhagen. The author of The Language of Things and The Edifice Complex, Deyan Sudjic is now Director of the Design Museum, London.

“It’s a collection of thoughtful, absorbing essays about many aspects of modern design, a subject nobody writes better about than Sudjic — essays that have, alas, been presented in an irritating A to Z format under often unhelpfully conceptual titles.”

“There may be some strange people out there who long to go to Islington dinner parties but fret about what to talk about if invited. If so, this is the book for them. Deyan Sudjic, the director of the Design Museum, has pulled together nearly 40 potential Upper Street supper topics and supplied nearly 500 pages of plausibly pretentious aphorisms to say about each… Apply even five seconds of sober thought to such glib generalisations and they start flaking away like cheap paint on a mouldy wall. In what way, for instance, has Ikea helped to unravel “the fabric of our cities” — whatever that is?”

B is for Bauhaus: An A-Z of the Modern World by Deyan Sudjic The Omnivore