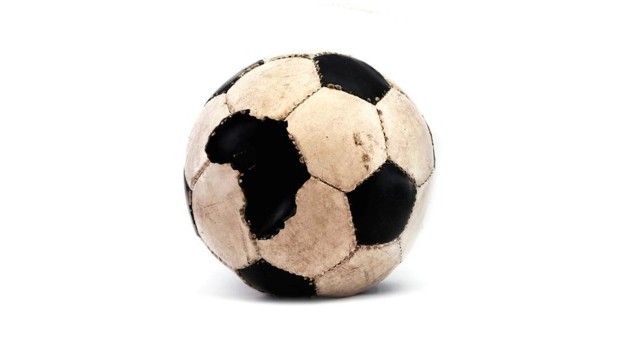 Blurb: Football inspires competition and inflames passions nowhere as strongly as in Africa. Travelling across thirteen countries, from Cairo to the Cap, Steve Bloomfield meets players and fans, politicians and rebel leaders, and discovers the role that football has played in shaping the continent. He recounts how football has helped to prop up an authoritarian regime in Egypt, end a conflict in Cote d’Ivoire and provide a tiny ray of light in war-torn Somalia. Meanwhile, the influence of African football continues to spread rapidly through Europe. Today, no Premiership team is complete without a major African star – Drogba, Essien, Toure, Adebayor, and Kanu. Countless African players are now enriching English football and becoming household names. Steve Bloomfield’s investigates Africa’s love of football, its increasing global influence, the build-up to the 2010 World Cup and the social and political backdrop to the greatest show on earth. (Canongate, February 2011)

“Bloomfield’s love for his subject matter is evident throughout, and his prose is succinct and clear-eyed, while he does seem to have gone the extra mile in researching some rather dangerous and violent individuals and organisations. Whether the hopeful signs in African football result in a future game free from corruption and violence remains to be seen, but this fascinating book stands as a fine snapshot of a turbulent sport in transition on the continent.”

“…a superior travelogue in which Bloomfield, a self-declared Aston Villa fan, makes for good company… The book is at its best when the author plays wide-eyed fan, as when meeting Egypt’s captain Ahmed Hassan for a late-night trawl through Cairo. He can’t believe he’s “in a Porsche with the captain of Egypt” who is on his way at midnight to finish some paperwork at his limousine hire company but finds time to chat to a reporter.”

Julian Hall, The Independent on Sunday

“Bloomfield’s implicit point is that football gives hope where there once was none… [He] could benefit, however, from a little more passion in his reportage… Unlike most books on offer to mark the World Cup, Bloomfield’s work will endure beyond next month’s final.”

“Unlike most accounts, which focus on the leading teams and nations, Bloomfield goes off the beaten track to places such as Kenya and Somalia. In Kenya he recounts the role of football in challenging the culture of corruption, showing how the slums of Nairobi have produced some of the continent’s most innovative NGOs, such as the Mathare Youth Sports Association, which organises games for 30,000 kids in the poorest parts of the city in exchange for them providing the only waste sanitation services in their communities.”

“Steve Bloomfield is at pains to point out “this isn’t an encyclopaedia of African football” but his choice of 13 countries from Africa’s total of 53 is, to put it mildly, eclectic. There’s room for Somalia and Kenya, but only passing references to the much more significant footballing heritage of Cameroon and Ghana; North Africa’s multiple World Cup qualifiers Algeria, Morocco and Tunisia might as well not exist. But there’s still plenty to savour…”

“There are interesting stories to be discovered, but a thread linking the chapters proves elusive. There are no overarching themes. And the conclusion, as Bloomfield sees Eritrea beat Somalia, feels a little trite. “The simple act of playing football allowed them to forget the tragedies at home,” he writes of the Somali team’s 90-minute respite from suicide bombers and pirates.”

“As so often in football books, the best bits in Africa United are not about football itself. You wish this book had more local colour and fewer outdated match reports.”