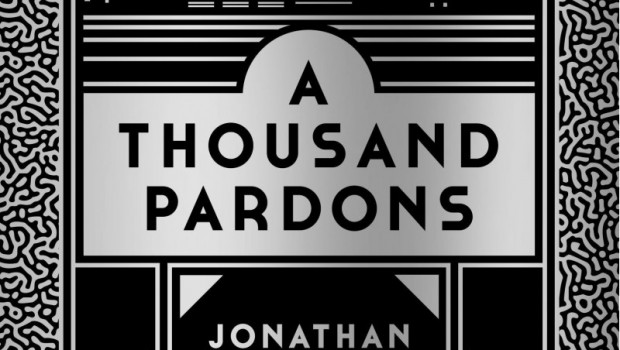 Blurb: Ben and Helen Armstead have reached breaking point. Once a privileged and loving couple, widely envied and respected, it takes just one afternoon – and a single act of recklessness – for Ben to deal the final blow to their marriage, spectacularly demolishing everything they built together. Separated from her husband, Helen and her teenage daughter Sara leave their family home for Manhattan, where Helen must build a new life for them both. Thrust back into the working world, Helen takes a job in PR – her first in many years – and discovers she has a rare gift: she can convince arrogant men to admit their mistakes, spinning crises into second chances. Faced with the fallout from her own marriage, and her daughter’s increasingly distant behaviour, Helen finds that the capacity for forgiveness she nurtures so successfully in her professional life is far harder to apply to her personal one. (Corsair)

“Once again Dee has produced a novel that is unashamedly grounded in realism, devoid of postmodern trickery. The writing is muscular yet spare – sturdy enough to set a scene and sharp enough to tunnel into a character’s psyche. By extension, it is almost deliberately shorn of beauty … If The Privileges was a meditation on wealth and the endless possibilities it offers, A Thousand Pardons is a novel about the transition from have to have-not and the last opportunity to start again afresh. It may lack the subtlety of its predecessor, but it is still shrewdly observed and compulsively readable.”

“Guilt, redemption and the American dream of starting over afresh are Pulitzer-Prize nominee Jonathan Dee’s themes in this thoroughly enjoyable comic tale, which also follows the progress of the Armsteads’ adopted Chinese-born daughter and an alcoholic movie star. But are there some things that can’t be forgiven? And might it be more honourable to live with our transgressions rather than try and wipe the slate clean?”

“Dee seems to love seeing the crass lives of the American über-class unravel, and his luminously written book is so sharply observed that it verges on satire.”

“n A Thousand Pardons, absolution is almost automatic, and therefore unsatisfying. “People are quick to judge,” Helen declares at one point, and “they are quick to condemn, but that’s mostly because their ultimate desire is to forgive.” I’m not sure this is true: there is more to narratives of rise and fall than the novel wants to explore, including penalties for hubris. Dee keeps all three of his protagonists sympathetic, which makes this an engaging read, and he writes with a cool precision and light touch. The novel is brief, pacy, intelligent; but it never delves deeply into the complexities and contradictions of America’s relationship to redemption.”

“A punch in the face of the American Dream, this is a timely meditation on public apology and absolution that suggests you don’t have to forget in order to forgive – or, indeed, forgive in order to forget.”

“Dee’s gifts are often dazzling and his material meticulously shaped; the piling up of improbabilities is clearly deliberate. Yet their purpose feels murky. If Dee’s intent is to poke fun at the way meaningless apologies have devalued meaningful ones, there’s nothing wrong with highlighting his story’s ironies and scrimping on its agonies. Yet he seems to want it both ways — to have his characters and mock them, too — stranding the book between satire and emotional realism.”

“It is not that Dee can’t write. He can; and when doing social satire, he writes beautifully. His description of the young interns at Ben’s law firm as “coming into their inheritance as dauphins of privilege” is gorgeous. As is the description of one of Helen’s PR bosses as being a man who “cultivated an air of knowing what you were going to say before you had quite finished saying it”. But it is just that there is simply too much plot here for those elements to have space to breathe.”

“Dee’s meditation on repentance in a post-divorce world works well but the novel starts to falter when a late-breaking psychological thriller plot disrupts its flow. For all its keen insight and fast-paced writing, the book is ultimately weakened by its own identity crisis.”

“If A Thousand Pardons still manages to be engaging and even winning, it is a testament to a set of comic gifts – mordant wit, control of tone – that are powerful enough to defeat its author’s self-destructive urges and his habit of drawing on established forms (featherweight comedy, moral parable) without adequately warding off their dangers.”

“This is a novel of apologies. From an initial marital lapse in the early pages to the final sigh-saturated reconciliation at the end, Jonathan Dee has written a narrative motivated by the power of saying sorry. A Thousand Pardons is also an apology of a novel: a sorrowful exercise in dreary American naturalism, in journalistic fidelity to the loves and lives of its forgettable characters.”

“One unlikely PR triumph quickly follows another until the owner of the sixth-largest PR firm in the world walks down to her little hole-in-the-wall office and hires her. “Can it really be this simple?” [Helen] wonders. Well, no. We’re willing to tolerate such quirky businesses in, say, the model-train world of Anne Tyler’s Baltimore, but in a novel set in crisply real, modern-day Manhattan, Helen’s enterprise seems silly. The dialogue is corny, the setting is sitcom fresh. We’re asked to believe that one of Helen’s first assignments at this world-famous firm is the archdiocesan sex-abuse scandal. But why not? Look at the way she repaired the reputation of that Chinese takeout stand . . .”

A Thousand Pardons by Jonathan Dee The Omnivore