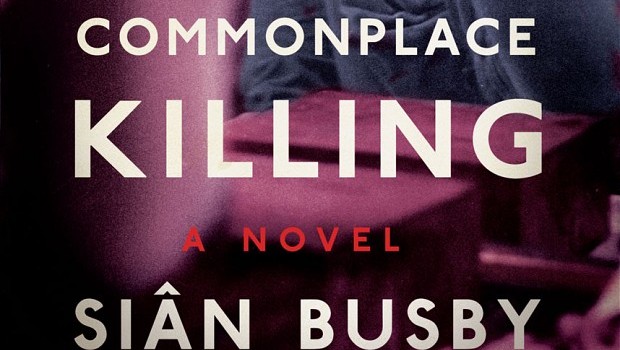 A Commonplace Killing by Sian Busby

Blurb: On a damp July morning in 1946, two schoolboys find a woman’s body in a bomb site in north London. The woman is identified as Lillian Frobisher, a wife and mother who lived in a war-damaged terrace a few streets away. The police assume that Lil must have been the victim of a vicious sexual assault; but the autopsy finds no evidence of rape, and Divisional Detective Inspector Jim Cooper turns his attention to her private life. (Short Books)

“… a classic whodunit at its very best.”

“Busby has a gift for alighting on the detail that stands for all the myriad soul-sapping miseries of the period … Everyone “has been hungry ever since the day war broke out”; order Brown Windsor soup and you’ll get something “that tasted suspiciously like an Oxo cube dissolved in hot water”. Crooks rob lorries carrying eggs with the fervour they previously reserved for trying to pinch gold bullion. The novel is particularly illuminating on the humiliations suffered by women during this period. Having to calculate which shopkeeper would be most susceptible to a bit of flirting was a necessary daily indignity for any woman who wanted to come away after two hours’ queuing with enough to provide an adequate meal for a family.”

“In a moving introduction to the novel, Busby’s husband Robert Peston explains how he transcribed the final 20 pages from Busby’s handwritten manuscript after she died from cancer in September 2012. “I am clear that Siân would not have wished you to make any allowances for her debilitated state during the act of creation,” he writes. And while that’s right and proper, it is impossible to read the book without acknowledging Busby’s reflections on her own imminent death as anything other than dark shadows.”

“Busby died last year after a long illness, and A Commonplace Killing was more or less complete at the time of her death. The final chapters are sparer and less rich in detail than the others, and it seems likely she would have expanded them had she lived, but this does little to reduce the effect of reading the book … distinctive and engaging novel.”

“Busby’s imaginative eye misses no mean, dispiriting detail: a dingy cafe’s only sugar bowl has a single spoon, attached to the tea urn by a grimy piece of string. Detective Jim arrives at his incident room the colour of putty, clogged with “sweat, tedium, cigarette smoke and flatulence”, where colleagues are “slumped in attitudes of resignation, frustration, dismay, their elbows on desks cluttered with overflowing ashtrays, unfinished cups of cold tea . . .” Beat coppers sidle past, as shifty as the crooks they escort. “Everyone was guilty of something: it was contagious.”