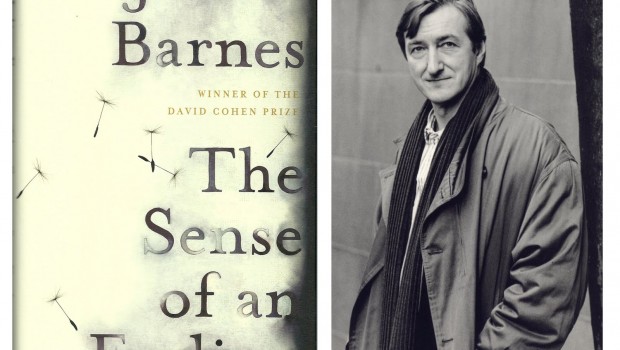 The Sense of an Ending by Julian Barnes

Tony Webster and his clique first met Adrian Finn at school. Sex-hungry and book-hungry, they would navigate the girl-less sixth form together, trading in affectations, in-jokes, rumour and wit. Maybe Adrian was a little more serious than the others, certainly more intelligent, but they all swore to stay friends for life. Now Tony is in middle age. He’s had a career and a single marriage, a calm divorce. He’s certainly never tried to hurt anybody. Memory, though, is imperfect. It can always throw up surprises, as a lawyer’s letter is about to prove.

“Barnes is on absolutely top form here. His sentences, each one so simple and precise, are as iridescent as tropical fish, each one individual and distinct, each one expressing a single revelatory insight, thought, image or joke, and yet they work together to produce a perfectly wonderful harmonious shoal, a work of rare and dazzling genius.”

“Deservedly longlisted for the Man Booker prize, this is a very fine book, skilfully plotted, boldly conceived, full of bleak insight into the questions of ageing and memory, and producing a very real kick – or peripeteia – at its end … Barnes has achieved, in this shortish account of a not very attractive man, something of universal importance.”

“Barnes’s humour never sneers at his characters. As Veronica reads Stefan Zweig in a John Lewis café, as Tony initiates a heated discussion about the precise definition of “hand-cut chips”, it seems that their creator is on their side, extremely fond of words and ideas, a pedant and proud of it … What is so impressive in Barnes’s fiction is his ability to evoke the chaos and vulnerability that beleaguer human life, while remaining calm and lucid in the face of both. He seems a modern-day Stoic.”

“The book brilliantly gives form to this sense of chronological slipperiness. Time shrinks and expands on the page according to Tony’s preoccupations. His failed marriage and career fly by in a handful of lines, while momentary trifles are dwelt upon. The result is an elliptical, deeply unnerving piece of writing, one that never lets the reader settle for long.”

“A slow burn, measured but suspenseful, this compact novel makes every slyly crafted sentence count … the concluding scenes grip like a thriller – a whodunnit of memory and morality, and one which detonates a minor, private apocalypse.”

“Poised between a straightforward story and a novel of ideas, Barnes has it both ways, just as he often contrives to be so English and so French at once. He succeeds in this partly because he is too clever to let his cleverness get in the way: the ideas are filtered through a mind less agile than his own, so that theory is always bound by character. He is very disciplined, remaining within Tony’s limitations: the style is more restrained, less showy than it has sometimes been in the past, the wit is quieter, more sparingly used.”

“Its brevity, however, in no way compromises its intensity – every word has its part to play; with great but invisible skill Barnes squeezes into it not just a sense of the infinite complexity of the human heart but the damage the wrong permutations can cause when combined.”

“You can imagine a younger or a less confident author taking about three times as long to make the same points. The cleverness resides not only in the way he has caught just how second-rate Webster’s mind is without driving the reader to tears of boredom but in the way he has effectively doubled the length of the book by giving us a final revelation that obliges us to reread it.”

“It would be a mistake to dismiss this as a mere psychological thriller … The explanation, when it comes, is unforeseen, almost accidental, and hedged about with a wealth of humdrum detail. Its effect is disturbing – all the more so for being written with Barnes’s habitual lucidity. His reputation will surely be enhanced by this book. Do not be misled by its brevity.”

“A dexterously crafted narrative of unlooked-for consequences, the book increasingly takes on the momentum of a taut horror tale: a 21st-century successor to the great suspense novellas — quivering not just with tension but with psychological, emotional and moral reverberations — of late-Victorian and Edwardian masters such as Joseph Conrad, Henry James and Robert Louis Stevenson… ”

“With its patterns and repetitions, scrutinising its own workings from every possible angle, the novella becomes a highly wrought meditation on ageing, memory and regret. But it gives as much resonance to what is unknown and unspoken – lost to memory – as it does to the engine of its own plot. ”

“This book is something like a Ruth Rendell; confounding not just readers’ suppositions but also those of the narrator … The result is adroit and unnerving and Barnes’s keen intellect has rarely been so apparent. He, like his contemporaries, McEwan, Amis and Rushdie, is a gin-and-tonic novelist: his books are crisp, cool and provide a kick to the head, but they seldom, as is the case here, touch the heart …”

“So The Sense of an Ending is another of Barnes’s games of knowledge — skilfully played with you as the reader, to ensure that, while knowing that Tony is not getting it right, you cannot get to the truth either until he does, at which point you too have to go back over his history, to understand the ironies … Yet this novella does not move or satisfy. Partly that may be because of its length, more than a conte, less than a novel, making its story both under-described and over-determined, sketchy yet relentlessly purposeful … It is [also] a story repelled by the responsibility of having children, and its final disclosure is offputting.”

“Barnes possesses not just an ironic but an almost post-novelistic sensibility. I say almost: theirs is a form of scepticism about artifice and stories – but with a strain of sentimentalism, a taste for the plaintive and dewy-eyed when it comes to sex, fading vitality and death. But knowingness predominates. The result, in this instance, is an odd and unnerving sort of novel …”

“Any extreme expression of opinion about “The Sense of an Ending” feels inappropriate. It isn’t terrible, it is just so . . . average. It is averagely compelling (I finished it), involves an average amount of concentration and, if such a thing makes sense, is averagely well written: excellent in its averageness!”