‘I know you’re going to be happy’ were the parting words of Rupert Christiansen’s father. But unlike the recent spate of misery memoirists, none of our

The LGBT literary showcase, with Damian Barr reading from his acclaimed memoir Maggie & Me. Heading the bill in September, Damian

Dinner and a show! Come and hear Susie Boyt and Damian Barr discuss identity, forgiveness and the importance of jokes 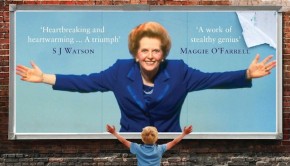