Whole libraries of books have been written about the male members of Hitler’s evil court, but far less is known 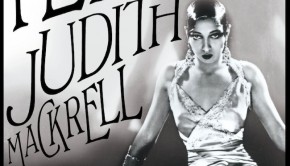 Flappers: Women of a Dangerous Generation by Judith Mackrell

| Press reviews | Buy the book | Have your say | Blurb: Glamorized, mythologized and demonized — the women of the 1920s prefigured the 1960s in