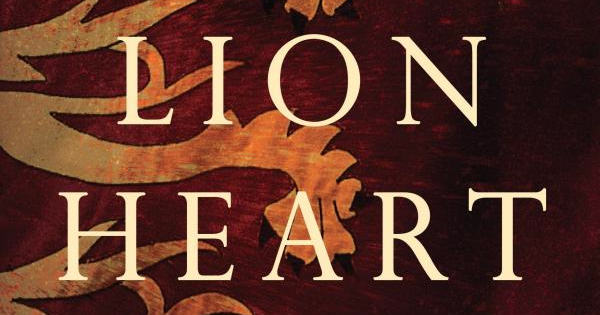 Blurb: Richie Cathar’s father, Alaric, was a renaissance man: an intellectual, explorer, archaeologist and historian. He was also a man of the sixties: a fantasist, absentee parent and drug abuser. Alaric named his son after his hero, Richard, Coeur de Lion, but left him little when he died apart from conflicting memories. Now Richie, thirty-something, is in search of his own role… Following his father’s trail to the Holy Land to research the Art of the Medieval Latin Kingdom, Richie’s quest – to uncover the fate of Christianity’s most sacred relic and the truth about his father – takes him from the high-table intrigue of Oxford to the imposing Crusader castles of Jordan, and into a passionate love affair with Noor, a Canadian-Arab journalist, whose fate will become entwined with Richie’s own. (Bloomsbury, 2013)

“So unforgettably deadpan, so instantly sympathetic, with his sexual reveries and his self-awareness, his waspish outbursts and his growing courage, it is Richie who carries the reader unhesitatingly through the increasingly turbulent action and a complex and nuanced narrative. With his help, slowly, almost imperceptibly, both of the novel’s convoluted plotlines and their heroes – Richie’s Lion Heart, an ailing, wounded giant holed up in provincial France, and Cartwright’s Richie, impoverished, beleaguered but determined – take shape”

“The book’s quests take us to Oxford, the grottier bits of north London, provincial France and a Greek island – all evoked with the same vividness. Noor disappears while on assignment and Richie’s search for her is one of the book’s driving narratives. But this is also the story of his adventures as a scholar-detective seeking King Richard’s True Cross, and of his yearning for peace with the ghost of his father. Cartwright carries the reader through all this with the energy of his writing; people and places become so real that even the more fantastic twists in the plot become believable.”

“There are some sly references to Dan Brown and The Da Vinci Code,which made me wonder if the whole thing is meant to be a parody. Ultimately it’s not. Cartwright, however, seems to play with the idea throughout the book. This uncertain tone will prove frustrating to some readers and the book doesn’t happily sit in one particular genre. Ultimately, I found it playful and bold.”

“As mysteries multiply, and even the good old Templars take a bow, Lion Heart could have buckled under the weight of its thematic armour. But Cartwright plays it cool: this is a novel of dodgy dossiers and tainted texts, of letters, emails and documents that conceal as much as they reveal. Another writer would have given us more of Noor. Deliberately, Cartwright holds their love at a distance, a questionable chronicle like the rest, with only the odd, sumptuous image – as blood-orange juice drips down bare flesh – to remind us of a sensual plenitude beyond the wrangle of interpretations.”

“The range of this book is astonishing – how often, for instance, would you expect references to Theo Walcott of Arsenal and the 12th-century Crusader Duke Leopold of Austria to crop up in the same novel? – and its author’s observations of modern life razor sharp.”

“The lunacy of religion is undercut throughout, not only in the Middle East, but also in a nicely understated overlap with the irrationality of the hippie ethos of the 1960s, and there are a couple of self-effacing jokes about Dan Brown. Novels  involving esoteric relics too often tend to be bilge; Cartwright should be congratulated on writing one that isn’t.”

“The principal issue is with Richard Cathar himself. His present-tense narration – with such establishing sentences as “I am walking up the Banbury Road to the FedEx depot in Summertown” – can be distancing, reminding the reader that they are being told a story. While one suspects this is part of Cartwright’s exploration of how fiction works, that distance can be detrimental to our understanding of Richard’s character and behaviour. When moments of emotional intensity occur, Richard can give only his instant, didactic response – “I am beginning to panic”; “I am stunned” – which can feel perfunctory, especially when devastating secrets are suddenly revealed.”

“In the past, for all its graceful intelligence, Cartwright’s fiction has sometimes felt almost too controlled and considered. So it’s perhaps a bit unfair to object now he’s giving us something much more unbuttoned, especially as his enjoyment in doing so is both evident and infectious — and we do learn a lot about the Crusades. Nonetheless, Lion Heart is so undeniably (and even weirdly) messy that it increasingly feels less like a novel about the essential incoherence of life than simply an incoherent novel.”

“Cartwright does a brilliant turn on aged roués, Europhobic lords and befuddled academics. If the whole book could have been peopled by irresponsible old hippies and aristos it would have taken some beating. But, in the first place, this story is interpolated with shreds from an account of Richard the Lionheart’s return from the Holy Land. It then takes us into airport-thriller territory … The main problem is that the narrative keeps switching to sequences about 12th-century events that read like history lessons, and interrupt the present-day plot without enhancing it.”

“Spies, extremists, twinkly dons, amorous psychiatrists, enigmatic priests and Downton-like aristos – all are introduced before the halfway mark. This diversity is impressive but the decision to generate plot in such quantity may overwhelm some readers. A structure of this kind requires careful organisation to avoid the impression of a mere carousel of events … As Lion Heart concludes with another hectic flurry of death, sex and forbidden knowledge, one wonders if this oddly garish experiment from a writer known for subtler hues can really be considered a success.”