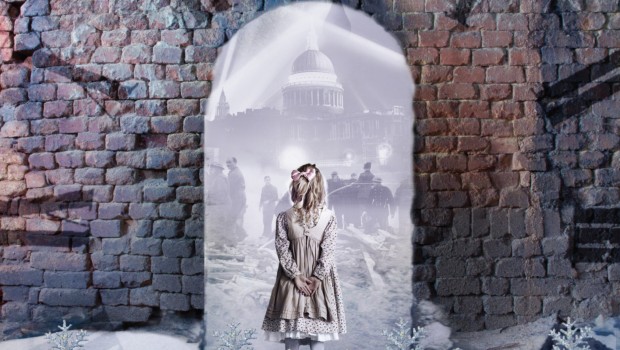 What if you had the chance to live your life again and again, until you finally got it right? During a snowstorm in England in 1910, a baby is born and dies before she can take her first breath. During a snowstorm in England in 1910, the same baby is born and lives to tell the tale. What if there were second chances? And third chances? In fact an infinite number of chances to live your life? Would you eventually be able to save the world from its own inevitable destiny? And would you even want to?

When Will There Be Good News? by Kate Atkinson.

“Behind the Scenes and Life After Life both co-opt the family – its evolution over time, its exponentially multiplying characters and storylines, its silences and gaps in communication – and use it to show how fiction works and what it might mean to us. But what makes Atkinson an exceptional writer – and this is her most ambitious and most gripping work to date – is that she does so with an emotional delicacy and understanding that transcend experiment or playfulness. Life After Life gives us a heroine whose fictional underpinning is permanently exposed, whose artificial status is never in doubt; and yet one who feels painfully, horribly real to us.”

“[Atkinson] sets herself an audacious premise and the most ambitious sweep of our modern history, and absolutely nails it on every count. It both pleases the crowd and feeds the soul, in the spirit of the grand masters … Ursula’s time travel takes some practice … The device does not bear too much inspection: it has none of the rules science fiction fans demand. All we know is that Ursula is singled out and, as she ages, she becomes dimly aware of her other pasts. Each time around we deepen our understanding of her and her times like a groove. The novel it most reminded me of was Alan Hollinghurst’s The Line of Beauty, which framed the 1980s through one family and was witty, seedy, true and serious.”

“Taking a break from the Jackson Brodie detective series, Atkinson’s latest novel feels like a return to the territory of earlier books, merging family saga with a fluid sense of time and an extraordinarily vivid sense of history at its most human level. A dizzying and dazzling tour de force.”

“These virtually identical, yet subtly different versions of the same events feel both poignant and electric to read. Atkinson’s knack for retelling – what to repeat, what to change, what to leave out – is satisfyingly faultless. Most of all, though, there’s an odd exhilaration in the sheer number and the build-up … Her real strength, though, lies in her people – fathers, brothers, sisters, aunts. This novel is constantly acute and real and touching about familial and (especially) sibling love. Impressively – and unusually – some of her most engaging and best-realised characters are the good, kind, decent ones.”

“You’d think it would be wearing – unbearable, even – to keep reading the story of one life. But such is Atkinson’s skill that the retelling only builds our affection for and knowledge of the characters. The intimate echoes of their nicknames and in-jokes pass through the walls of her parallel universes. Love and momentum builds with every variation. I became so addicted to seeing how Ursula’s different decisions and experiences shaped her family that I have no idea how Atkinson managed to stop herself writing.”

“This is not mumbo-jumbo. It’s not horror, either. It’s more like a narrative multiverse, in which different versions of Ursula’s life compete for the reader’s attention and keep a conventionally one-note story well out of reach. True, it can be frustrating to be deep in the midst of one of Ms. Atkinson’s plot threads, only to have her abandon it and switch to something else. But unlike some of her more random-seeming books, like the 2011 Started Early, Took My Dog, this one connects its loose ends with facile but welcome clarity.”

“Despite the horrors, this is a warm and humane book. This is partly because the felt sense of life is so powerful and immediate. Whatever the setting, it has been thoroughly imagined. Most of the characters are agreeable. They speak well and often wittily. When, like Ursula’s eldest brother, Maurice, they are not likeable, they are treated in the spirit of comedy. The humour is rich. Once you have adapted yourself to the novel’s daring structure and accepted its premise that life is full of unexplored possibilities, the individual passages offer a succession of delights.”

“Atkinson is making various points about human life – that they hang by a thread and that our identities are not necessarily fixed (and could easily have been other); that our destiny is uncertain; that writers control their characters and can produce many versions of them – but this isn’t sufficiently compelling to intrude into a truly great family saga. The virtuoso creation of home-counties domesticity and the wide-ranging sensitivity of Atkinson’s mind – ever alert to voice, to changing times, to the faltering class system, to the horrors of war, to changing styles of dress, and to housekeeping and much more, the literary allusions – really don’t require the tricksy bits.”

“If Atkinson’s flair for plot and turn of phrase wasn’t significantly better than either, you might say this was a bit like Luke Rhinehart’s The Dice Man being rewritten by Enid Blyton. Atkinson writes powerfully of Ursula’s lives in the London Blitz and is brilliant at evoking the day-to-day bucolic existence of a post-Edwardian British family, particularly via the concoctions of the Todds’ cook Mrs Dodds (a stern lady who memorably “doesn’t believe in dogs”).”

“Time, a psychiatrist informs Ursula, might be circular – a snake with its tail in its mouth. For Ursula, it’s a palimpsest. As TS Eliot has it in Burnt Norton: “Time present and time past/Are both perhaps present in time future/And time future contained in time past”. But if this makes Life after Life occasionally frustrating, there’s much for Atkinson fans to enjoy: her customary playfulness, her careful observations. In recycling Ursula’s life Atkinson is also reflecting on a novelist’s powers. She can play God, forcing the tale this way or that.”

“Ursula is one woman, rendered in multiple iterations, which makes this a story about the creation of self. That’s no small feat, although if there is a flaw in this fantastic novel, it’s that some of Ursula’s narratives are so compelling, so convincing, that it is hard to imagine her ending up any other way.”

“Atkinson packs a huge emotional punch with fluency of language and poetical leitmotifs from Donne to Keats. As with Martin Amis’s Time’s Arrow and Ian McEwan’s Atonement, she explores the kaleidoscopic paradoxes of “what if”. Least successful of these is Ursula’s incarnation as a would-be assassin of Hitler shortly before he assumes the Chancellorship. This most desirable of history’s reversals is also, sadly, the least plausible.”

“Characterisation is sharp, witty and spare, a few words or a gesture suggesting complex feelings and relationships, such as that between Hugh and Sylvie … Its ouroboros-like structure may exasperate or delight, but Life After Life is to be applauded for its inventiveness”

“Time and memory are at the heart of much of Atkinson’s work. Though she still has a tendency to resort to excessive allusion and literary quotation, she is always funny and humane. She never ducks the sorrows of loss and human cruelty but an optimistic exuberance keeps coming through. Her characters and families convince, even as their author insists on their fictionality, because they change as real people do.”

“The reader may wonder whether he or she hasn’t ended up in a game of snakes and ladders played on the grand scale. Some of the narrative tension derives from seeing how long Ursula will last each time – she’s very accident prone – but in the meantime there’s plenty else going on. Each time an event is revisited, it’s described differently, from another character’s viewpoint, or with extra context, or slight changes to the circumstances, and it gradually dawns on you that the author is up to something more subtle and complex than mere writerly legerdemain.”

“If the book’s conceit sounds complicated, it is, on paper. But Atkinson, like Audrey Niffenegger before her with the similarly ambitious The Time Traveller’s Wife, is a confident enough writer to bear her high concept along well above water level; and the stories, fragmented or interrupted as they can be, are gripping enough to distract you from analysing the theoretical intricacies too much. Arguably, however, the book loses something when it shifts Ursula’s concerns from the personal and familial to the global – to intervention in the rise of the Third Reich … well-written though its build-up is, it moves Ursula and her odd experience of life into another register, a more cartoonish and less intimate one. ”

“Atkinson’s notion of life in this book is of a repetition with endlessly revised outcomes; weird circular collisions between futures that have already happened and presents not so subtly reworked. Many will love it: Atkinson is a best-selling author whose writing is deft and thoughtful. For this reader, however, it was hard to care about so many Ursulas; and the linear disorientation eventually felt tricksy, rather than complex.”

“By far the most powerful sections of the novel are those concerned with the London Blitz. Vivid, harrowing, viscerally shocking, they insist on the finality of death, the futility of consolation. But if people can bounce up again like squelched cartoon characters, the impact of such passages is dissipated. Frequently, flash forwards in fiction create poignancy: knowing how someone is going to die, we endow them with irony and pathos. But when the norm is “life after life” — either in the sense of life after death or of alternative biographies — our responses become wearily provisional.”

“[Leaves] readers scrabbling at the pages, thanking heaven they weren’t reading on a Kindle.”

Life after Life by Kate Atkinson The Omnivore