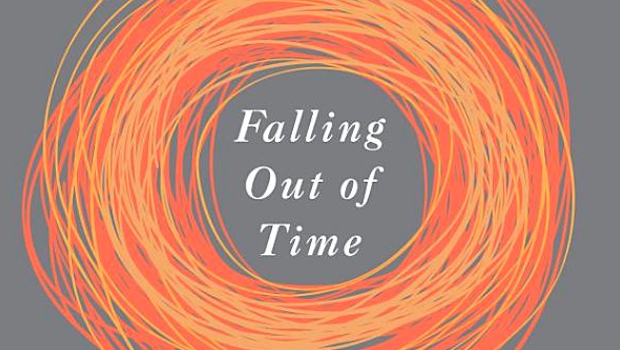 Falling Out of Time by David Grossman

Blurb: In Falling Out of Time, David Grossman has created a genre-defying drama–part play, part prose, pure poetry–to tell the story of bereaved parents setting out to reach their lost children. It begins in a small village, in a kitchen, where a man announces to his wife that he is leaving, embarking on a journey in search of their dead son.The man-called simply the “Walking Man” –paces in ever-widening circles around the town. One after another, all manner of townsfolk fall into step with him (the Net Mender, the Midwife, the Elderly Maths Teacher, even the Duke), each enduring his or her own loss. The walkers raise questions of grief and bereavement: Can death be overcome by an intensity of speech or memory? Is it possible, even for a fleeting moment, to call to the dead and free them from their death? Grossman’s answer to such questions is a hymn to these characters, who ultimately find solace and hope in their communal act of breaching death’s hermetic separateness. (Jonathan Cape, February 2014)

“In this book of sorrows, Grossman captures every shade of grief and guilt. There is very little good writing about bereavement; Falling Out of Time is as true and as powerful as CS Lewis’s great A Grief Observed.”

“In August 2006, the Israeli novelist David Grossman’s son, Uri, was killed in southern Lebanon, his tank hit by a rocket. The news came when Grossman was three years into his extraordinary novel To the End of the Land … Grossman offers a slender companion piece, Falling Out of Time. It also involves a walk – in each book walking/ thinking/ reading converge. But while To the End of the Land describes tormented hope, Falling Out of Time permits itself the freedom of despair. It has a necessary feel: a book that needed to be written. It reads like a postscript but that, after all, is what an elegy is.”

“The short, percussive lyric lines may equally remind you of Sophocles, Rilke or Beckett (“Here I will fall/ Now I will fall – I do not fall”). Jessica Cohen translates their restless rhythms with awesome dexterity.”

“If there is a lack of specificity in Grossman’s description of the town and the walkers, and if the story perhaps sometimes becomes lost and confusing, then it is because the landscape and its inhabitants are really shadows, creatures of an interior world, whose journey and whose quest are within. Falling Out of Time is short, and clearly a deeply personal book, but its importance and impact ought not to be underestimated.”

Falling Out of Time by David Grossman The Omnivore