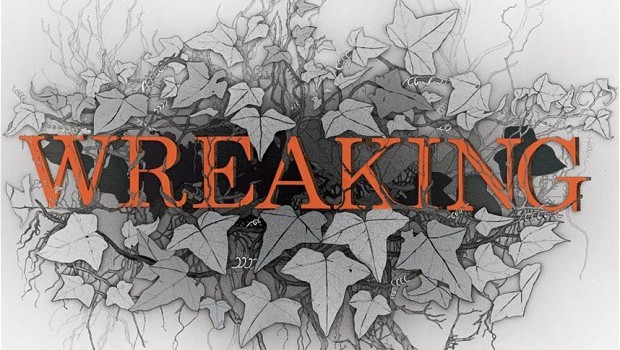 Blurb: Perilously ill, Jasper Scriven spends his days roaming the wards of a derelict psychiatric hospital on England’s southeast coast. His daughter Cleo works in London as a news editor, making palatable stories of the world’s events and trying to stay one step ahead of her demons. Meanwhile, she is watched by Roland, a hulking, silent figure who inhabits a network of railway arches, emerging at night to pound the streets and burgle homes to order. These three solitary characters are connected by an accident that took place at the hospital in the aftermath of its closure – an event that defies understanding even as it continues to define them. Their attempts to negotiate the past will bring them together again and force them to revisit their actions, however uncomfortable that may be. (Harvill Secker)

“Everything we most want to know, the author quietly looks away from, until the story becomes as layered, contorted and interrupted as the collapsing architecture of Wreaking itself. Then time straightens out and speeds up suddenly, pivotal incidents flicker past against sharp, hallucinatory settings of amusement arcade and windy seafront; where there was stasis punctuated by puzzled or self-deceptive acts of memory, now there’s pell-mell narrative. Everything connects. Everything comes to light. Everything is revealed, yet somehow the buckling of time induced by subjectivity, madness and metaphor makes it all just as hard to see.”

“In the first part of the book the prose is occasionally rickety. Questionable, punning metaphors do too much work, such as when Jasper fetches eggs: ‘he makes his daily raid on the coop … thinking that eggs are unrealised futures too – best-laid plans, hopes dashed and scrambled.’ Yet when Scudamore introduces his most intriguing character, Roland, who acts as an adhesive for the novel’s complex collage of memory and imagination, it becomes clear that these are only teething troubles.”

“claustrophobic, clotted with images, pinned down with adjectives. It means we get uncomfortably close to the main characters, especially Wreaking itself, which is drawn brilliantly with both precise and pungent descriptions. Yet though Scudamore superbly captures the younger characters – the descriptions of teenage boredom by the sea and adult ennui in the city are stingingly realised – the older generation, especially Jasper, feel somewhat perfunctory, rather less fleshed out than they could have been.”

“The real pleasure of this book is Mr Scudamore’s masterly and unflinching prose. One day Jasper realises he carries the “musty, crotch-waft smell of Old Man”. The shifting textures of wall-mould are “a cackling witch; an awful, leprous face”. At times the narrative threatens to get lost as it roams through the characters’ bewildering memories and Wreaking’s disorienting corridors. But the final chapters deliver a jolting revelation that snaps everything back into focus.”

“Scudamore untwists the dimmer switch slowly as he flits between past and present to map a creepy chronicle of abuse, abandonment and unrequited love. Things explode into life three-quarters of the way in, with a heat-hazed account of the summer Cleo spent as a teenager at Jasper’s asylum after he bought it with the intention of turning it into a school. We watch her explore its mazy depths with local heartbreaker Oliver, a pill-popping tearaway. The problem here is that Scudamore keeps things opaque for too long. Oliver’s role makes you wonder if he should have been brought into focus sooner, and it’s hard not to notice the need for flashback and expository dialogue to tease out the hidden history of madness behind the damaged lives on show – more creaking than Wreaking.”

“All three are haunted by a terrible, only half-understood accident that took place one summer at Wreaking, although this is a novel where story is almost secondary to the inescapable atmosphere of Wreaking itself: constructed as somewhere insanity could be contained, but which now acts as a magnet for madness and unleashed chaos. ”

“Since the main action of the book (“the accident”) has already happened, we spend its present with the airy symbolism of “the madhouse” and its “gothic cityscape”. This blends with fragmentary events and frenetic reflection to induce a sense of something charged with drama which is in fact never realised, nor resolved. Like a game of snakes and ladders with no dice, Wreaking leads nowhere except to a sense of frustration.”

“Blindness and madness and an adored but estranged daughter are the themes ofWreaking, King Lear-style. The long decaying corridors of the Victorian asylum bring to mind the similar setting of Will Self’s majestic Umbrella, while the slow uncovering of long-ago sexual infatuation and violence is redolent of early Barbara Vine. In other words, Wreaking is a hotch-potch, overflowing with images and ideas and influences. Like all show-offs James Scudamore loves to shock (if he can mention a fart, he will), and shocks can become wearisome.”

“Intensely imagined and as dense as an overgrown garden, Wreaking is a fraught and somewhat over-the-top exercise in seedy modern gothic.”

“In Wreaking, imagery is bold, grotesque, bawdy. Scriven’s prose is “too clear” when he tries to write Wreaking’s history and Scudamore’s attempts to subvert conventional criteria for good writing also achieve mixed results: dialogue is clunky, even if it’s deliberately expositional, but jarring descriptions of rooms with “melancholy in their DNA” match the hospital’s unruliness.”

“Scudamore is better at the efficient one-liner — a man who had a “pop-up heart defect”; a woman who is now “small and tight and sad with worry” — but it’s only when the novel relaxes into the tale of childhood around which it revolves (over 270 pages in) that it truly comes alive. It’s only here you feel the closeness of summer heat, the abandon of crushed cider cans flung, the thunderbolt blow of rejection, the thwarted escape of youth. It is, by some distance, the best part of the book – tender and unshowy and true – and it’s where we fully meet Oliver, easily the novel’s most interesting character. Unlike the rest, he doesn’t feel like a concept or an idea or a puppet with perfectly-pulled strings; he simply feels real.”

Wreaking by James Scudamore The Omnivore