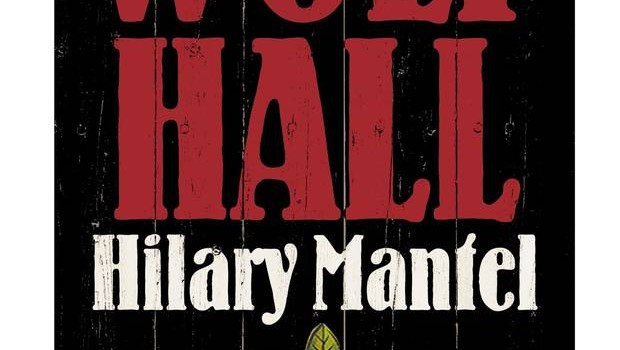 Blurb: England, the 1520s. Henry VIII is on the throne, but has no heir. Cardinal Wolsey is his chief advisor, charged with securing the divorce the pope refuses to grant. Into this atmosphere of distrust and need comes Thomas Cromwell, first as Wolsey’s clerk, and later his successor. Cromwell is a wholly original man: the son of a brutal blacksmith, a political genius, a briber, a charmer, a bully, a man with a delicate and deadly expertise in manipulating people and events. Ruthless in pursuit of his own interests, he is as ambitious in his wider politics as he is for himself. His reforming agenda is carried out in the grip of a self-interested parliament and a king who fluctuates between romantic passions and murderous rages. (Fourth Estate)

“By ending without a dramatic resolution, she allows the “what happened next” of the historical record to underscore her central, sobering message: that human kindness and idealism are no match for the fickleness of fortune… This is a beautiful and profoundly humane book, a dark mirror held up to our own world. And the fact that its conclusion takes place after the curtain has fallen only proves that Hilary Mantel is one of our bravest as well as most brilliant writers.”

“Wolf Hall must be a frontrunner for this year’s Man Booker Prize. Mantel’s Cromwell is an almost Shakespearean creation: self-aware and self-doubting, ruthless and sentimental, an iconoclast attuned to the power of images and the image of power. In precise, haunting prose, Mantel has created a Portrait of the Civil Servant as an Artist.”

“With her brilliant new book, Hilary Mantel has not just written a rich, absorbingly readable historical novel; she has made a significant shift in the way any of her readers interested in English history will henceforward think about Thomas Cromwell… Her book is as true to the facts as she could make it, but just as true to her novelist’s gift for empathy and emotional insight.”

“In lesser hands Cromwell’s modern sympathies – believing in nurture over nature, loving over burning, learning over prayer – might make for a lifeless and anachronistic portrait. But the devil is in the language and Mantel animates the familiar story with great imagination… Mantel knows how to build a picture from the parts available, with nothing extraneous and everything layered.”

“Turning her attention to Tudor England, she makes that world at once so concrete you can smell the rain-drenched wool cloaks and feel the sharp fibres of the rushes underfoot, and so weird its people believe themselves surrounded by boggarts and black-fanged serpent queens… This is a splendidly ambitious book, ample enough to hold a crowd of people and to encompass historical events across all of Europe…and hint at at least another novel’s worth of themes.”

“…I was apprehensive about Hilary Mantel’s Wolf Hall… But as soon as I opened the book I was gripped. I read it almost non-stop. When I did have to put it down, I was full of regret the story was over, a regret I still feel. This is a wonderful and intelligently imagined retelling of a familiar tale from an unfamiliar angle — one that makes the drama unfolding nearly five centuries ago look new again, and shocking again, too.”

“A historian might wonder about the extent to which she makes Cromwell a modern rationalist in Renaissance dress; a critic might wonder if the narrator’s awe at the central character doesn’t sometimes make him seem as self-mythologising as his enemies. But Wolf Hall succeeds on its own terms and then some, both as a non-frothy historical novel and as a display of Mantel’s extraordinary talent. Lyrically yet cleanly and tightly written, solidly imagined yet filled with spooky resonances, and very funny at times, it’s not like much else in contemporary British fiction.”

“Wolf Hall is hugely exciting, packed full of power struggles and political machinations, but it is also delightfully poetic, vivid in image and phrase… Mantel’s meticulously researched novel is a rich and subtle wonder.”

“…a fantastically well-wrought, detailed and convincing novel… Mantel is a writer who doesn’t ever spell things out. Mostly this is exhilarating, occasionally it tests you to your limits… But where [she] really excels is in the small, dark stuff… Mantel’s depictions of babies and children are also among the best I’ve come across in recent fiction.”

“…less a historical novel than an alternative history novel… The pleasures offered by Wolf Hall are substantial and deep: [its] finely turned humour … enables well-known pictures of the period to come to life and speak in curious accents. The Cromwell of Wolf Hall is a gripping mind, always one step ahead of a conversation, always thinking, always feeling. But after a while you wonder whether a Cromwell who felt so deeply could actually have engineered the royal divorce, the dissolution of the monasteries, the English Reformation…”

“[A] seductive historical novel… Mantel’s writing is taut; the dialogue sprints along, witty and convincing. She draws her extensive cast with deft strokes.”

“The lack of an omniscient narrator limits the sensual descriptions Mantel can give. Thus the settings – what a place smelt like, the space, texture and physical geography of Tudor England – remain sparse and hard to grasp. Description, though, in the extent and density of its texture, is a matter of taste and judgement… If you have never read Mantel’s historical fiction before, then start here. Wolf Hall is atmospheric, compelling and terrifying. Hilary Mantel is writing at the top of her game.”

“Wolf Hall gives an intricate but absorbing account of the tussle between the vested interests around the jilted queen and the rising favourite, Anne Boleyn, led by Anne’s uncle the Duke of Norfolk. The verbal fencing of court life plays to Mantel’s own biting humour… Mantel’s prose, like her hero, is witty and tough-minded.”

“Above all, Mantel’s recreation of the era feels both accurate and natural. By focusing, not on the famous set-pieces, but on the human interaction taking place around them, she makes the reader complicit in the drama… But — and there are two considerable buts here — such qualities bring their own problems, which Mantel fails to deal with convincingly. One is the question of perspective… The other problem has to do with that question of length… The effect, sadly, is to turn a potentially outstanding novel into merely a commendable one.”

“…Wolf Hall is written in the present tense, which enhances its feverishness. This lends both people and their possessions a dramatic clarity, a presence, which an informed, retrospective viewpoint, left almost entirely to the reader’s imagination, might have marred… There are perhaps too many repetitions of the snobbery motif, which has various peers telling Cromwell to his face what they think of him, and an abundance of material that some will read as sheer bagginess, but Wolf Hall is still a finely wrought thing, a worthy successor to the other fine performances from the same author”