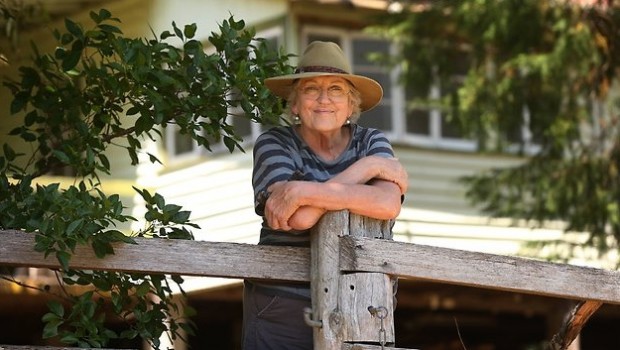 Blurb: For years I had wandered Australia with an aching heart. Everywhere I had ever travelled across the vast expanse of the fabulous country where I was born I had seen devastation, denuded hills, eroded slopes, weeds from all over the world, feral animals, open-cut mines as big as cities, salt rivers, salt earth, abandoned townships, whole beaches made of beer cans…

One bright day in December 2001, sixty-two-year-old Germaine Greer found herself confronted by an irresistible challenge in the shape of sixty hectares of dairy farm, one of many in south-east Queensland that, after a century of logging, clearing and downright devastation, had been abandoned to their fate.

She didn’t think for a minute that by restoring the land she was saving the world. She was in search of heart’s ease. Beyond the acres of exotic pasture grass and soft weed and the impenetrable curtains of tangled Lantana canes there were Macadamias dangling their strings of unripe nuts, and Black Beans with red and yellow pea flowers growing on their branches . and the few remaining White Beeches, stupendous trees up to forty metres in height, logged out within forty years of the arrival of the first white settlers. To have turned down even a faint chance of bringing them back to their old haunts would have been to succumb to despair.

Once the process of rehabilitation had begun, the chance proved to be a dead certainty. When the first replanting shot up to make a forest and rare caterpillars turned up to feed on the leaves of the new young trees, she knew beyond doubt that at least here biodepletion could be reversed.

Greer describes herself as an old dog who succeeded in learning a load of new tricks, inspired and rejuvenated by her passionate love of Australia and of Earth, most exuberant of small planets.

“Wonderfully idiosyncratic … White Beech (note the pun) is driven by the force of its author’s formidable personality. Combined with its fact-filled content – especially its botanical digressions – some readers might feel discouraged. Yet it is precisely because of Greer’s celebrated rhetoric and passionate intensity that it succeeds … Some may take issue with this book’s apparent delusions. I loved it. It’s a tale of a fabulous obsession, and it is maddeningly brilliant.”

“If there are some elements of the book that feel a little sketched in – the team of people that help her on the land remain undifferentiated, merely names – Greer remains a winning, funny, indomitable figure throughout, and it is fascinating to follow her as she works through so much of her messy, complicated relationship with Australia. Like a rainforest canopy, White Beech is thick, tangled and occasionally impenetrable but full of life.”

“White Beech is an impossible book to categorise. There are elements of travelogue in here, as well as some smatterings of memoir. The nature writing in particular is highly effective and evocative. There is also a lot of academic writing on ecology, taxonomy, ethnology and botany, as well as a comprehensive account of the historical destruction of the Australian landscape at the hands of white discoverers and developers. The result is a deep book, one that tackles big themes of land ownership, sustainability and how humans should interact with their environment in the future.”

“Greer writes about her new-found role as an eco-warrior with the same fierce grace that she once brought to the liberation of the female body … Greer is as enraptured and as protective as a lover when describing the richness of the rainforest … one of the most appealing features of White Beech is its hard-nosed appreciation of the fact that nature is a bitch.”

“[A] passionate and eccentric book… A lifetime of activism, bloody-mindedness, academic punctiliousness, men-baiting and solidarity has produced a wonderfully unexpected book.”

“Since the book was published in Australia last November, Greer has received standing ovations on a White Beech speaking tour around the country. It’s not difficult to see why. The book is tough to read in one sitting, a number of chapters are too dense and need pruning, but overall the “heart’s ease” she finds in her gradually rehabilitated land and the shocking detail of how manmade interventions can lead to a cascade of disasters is compelling and humbling. ”If I have written this book properly,” she writes, “it will convey the deep joy that rebuilding wild nature can bring.” For me, it did. Let’s hope that joy is also infectious.”

“I wish the book had been better edited so readers were spared excessive textbook botany and haranguing. The author tries so, so hard to let her ego deflate, but just can’t. It often distorts the eyeline, blots the landscape… Though you may have to skip pages, do read this searching and rousing book. It made me think more deeply about our planet and what we humans call civilization.”

“Ultimately, and unfortunately, White Beech fails to hang together, doomed by its unevenness. It is as maverick and unyielding as its author: in parts poetic and moving; in others indigestible, as choked by detail — as any rainforest is by lanterna. Greer’s arcane digressions, her boundless enthusiasm for botanical history, her academic’s inability to skip a Latin name or a proper noun, kill chapters stone dead. The narrative device — dialogue with her sister and friends — is clunky. But you finish, nevertheless, with real respect for the forest’s fool: for her humour, honesty, passion, intellect, crazy cojones.”

White Beech: The Rainforest Years by Germaine Greer The Omnivore