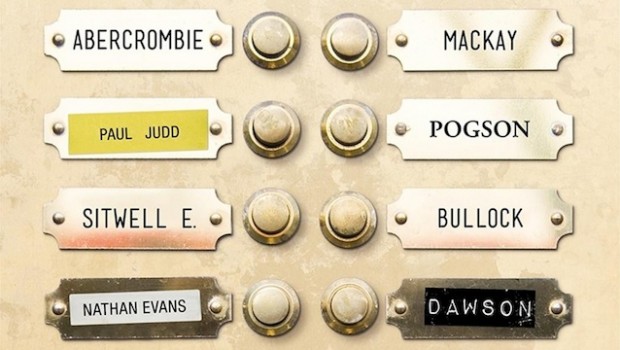 What’s in a Surname? A Journey from Abercrombie to Zwicker by David McKie

Blurb: Surnames are much more than convenient identity tags; they are windows into our families’ pasts. Some suggest ancestral trades (Butcher, Smith, Roper) or physical appearance (Long, Brown, Thynne). Some provide clues to where we come from (McDonald, Evans, Patel). And some – Rymer, Brocklebank, Stolbof – offer a hint of something just a little more exotic or esoteric.

All are grist to the mill for David McKie who, in What’s in a Surname?, sets off on a journey around Britain to find out how such appellations have evolved and what they tell us about ourselves. En route he looks at the surname’s tentative beginnings in medieval times, and the myriad routes by which particular names became established. He considers some curious byways: the rise and fall of the multi-barrel surname and the Victorian reinvention of ‘embarrassing’ surnames among them. He considers whether fortune favours those whose surnames come at the beginning of the alphabet. And he celebrates the remarkable and the quirky, from the fearsome Ridley (the cry of which once struck terror in the hearts of their neighbours) to the legend-encrusted Tichborne, whose most famous holders were destined to suffer misfortune and controversy. Elegiac and amusing by turns, he offers a wonderfully entertaining wander along the footpaths of the nation’s history and culture, celebrating not just the Smiths and Joneses of these islands but the Chaceporcs and Swetinbeddes, too.

“…well judged, disarmingly conversational and crammed with alluring information … he is less thorough on the history — dealing rather too briefly, for instance, with how surnames originated, via the Norman habit of adding some form of identification (de Vere or de Burgh) to common forenames … He lacks rigour on occasion … and he never quite pins down as definitively as he could the assertion that the coming of the railways and roads have led to less dilution of local names than we might think … But he remains throughout both a beguiling and erudite guide.”

“[A] winding and sensitive study … There are plenty of surname dictionaries available, intended for quick and easy reference. What’s in a Name? is resolutely not one of those. This is a book for reading, and it is one that requires persistence. In many ways it is as gnarly as the names that have intrigued and baffled onomasts for centuries, and that is its greatest asset. If not all of the paths McKie travels deserve quite as much detail as he gives them, there are plenty more that pay off handsomely.”

“The follow-your-nose quality of the book – it’s definitely a personal journey rather than a primer – has advantages and disadvantages. Towards the end he repeats himself a tiny bit, and the odd chapter feels padded – a couple of pages of reasonably well-known literary pseudonyms here; a couple of pages of name-changing fugitives from justice there. But there are wonderful eruptions of bare lists of strange or silly names, beguiling anecdotes, and interesting titbits … McKie has a whimsical cast of mind and a fine sense of humour. ”

“McKie delights in the ordinary … He hasn’t room for the wealth of off-beat English nomenclature. This is not a dictionary. But he does trace the evolution of the treble-barrelled Twisleton-Wykeham-Fiennes, one of whom I went to school with … I would have enjoyed more investigation of names like, say, Murgatroyd, Montmorency and Muggeridge  … Surnames may be on the way out, fears McKie. I hardly think so.“

What’s in a Surname? A Journey from Abercrombie to Zwicker by David McKie The Omnivore