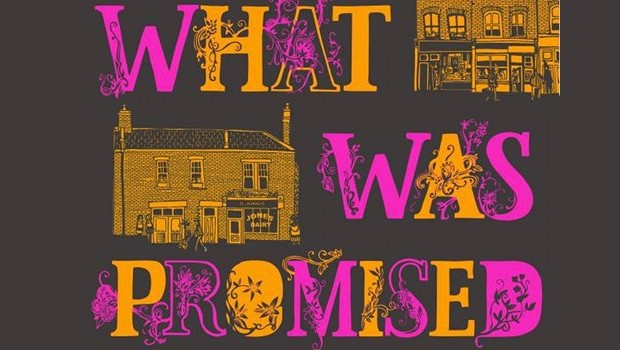 What Was Promised by Tobias Hill

Blurb: London in the aftermath of war: children run wild on East End bombsites, while their elders strive for better lives in a country beggared by victory. Clarence and Bernadette Malcolm have come five thousand miles in search of prosperity, but find the Mother Country not at all as has been promised them; Solly and Dora Lazarus, too, are strangers in a strange land, struggling to belong even as they try to make sense of their past; and Michael and Mary Lockhart take with both hands all that the world owes them, wherever it leads them, whatever the cost. In the street markets and tenements of Bethnal Green the three families live and work together in uneasy harmony, until Michael shatters the balance between them, his hunger for betterment changing the courses of all their lives over decades and generations. (Bloomsbury Circus, March 2014)

“Hill has a formidable ear for London’s multiplicity of voices: the slang of Michael’s petty criminal bosses, Clarence and Bernadette Malcolm’s easy Jamaican lilt and Dora’s hesitant English are all rendered with precision and fluency. But it is the characters and their relationships to one another that give this novel its momentum and vigour.”

“Hill’s language is simple enough that its beauties serve character or place rather than interfering with them (in smog, “Columbia Road is a cloud forest”); his treatment of each character’s manner of speaking and thinking is exact but sparing. Such is his lightness of touch that it would be easy not to notice how tightly constructed the novel’s plot is: the 1948 section ends with the dramatic death of one central character at the hands of another, an event that reverberates through the rest of the book. Yet good timing and restraint ensure that the coincidences that drive the story rarely feel forced. The poet’s gifts are matched here by the novelist’s”

“Three families, over 40 years, express the tumultuous changes of postwar history. Hill’s writing has a stunning economy and control.”

What Was Promised by Tobias Hill The Omnivore