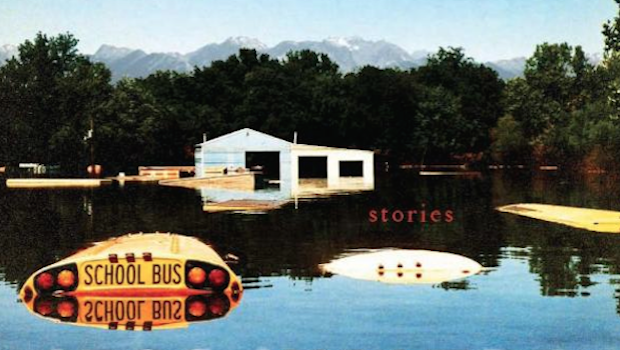 We Live in Water by Jess Walter

Blurb: We Live in Water brings to vivid life a world of lost fathers and redemptive con men, of personal struggles and diminished dreams, a world marked by the wry wit and generosity of spirit that has made Jess Walter one of America’s most talked-about writers. In ‘Thief’, a blue-collar worker turns unlikely detective to find out which of his kids is stealing from the family vacation fund. In ‘We Live in Water’, a lawyer returns to a corrupt North Idaho town to find the father who disappeared thirty years earlier. In ‘Anything Helps’, a homeless man has to ‘go to cardboard’ to raise enough money to buy his son the new Harry Potter book. In ‘Virgo’, a local newspaper editor tries to get back at his superstitious ex-girlfriend by screwing with her horoscope. The final story transforms slyly from a portrait of Walter’s hometown into a moving contemplation of our times. (Viking, July 2014)

“This is not Beautiful Ruins — more just ruin; beauty here is something for suckers. Not that the book is a downer. Well, maybe a little. But that’s only because Walter is unflinching and, possibly, a bit depressed, which is what happens to any compassionate, reasonable person who stares too closely at the world. (As Walter does to captivating effect in “Statistical Abstract for My Hometown, Spokane, Washington,” which juxtaposes a running bit about bike theft with gut-punching observations about poverty and spousal abuse.) Walter makes you laugh, then makes you feel a little queasy about it. This is the alchemy of the damned.”

“Though author of six novels, Jess Walter has impressive command of the short story. He delivers information with concision, invites his reader into his characters’ predicaments from the first page, and has a fine sense of the scale of plot that suits the form. Best of all, the author never allows his keen social satire to reduce the humanity of his subjects. We laugh with, not at. Since 13 stories should be plenty for a collection, maybe the best compliment we might pay the author is to object that this book is too short.”

“One of this book’s standouts is “Virgo,” illustrating Mr. Walter’s flair for borderline-criminal delusions. These stories don’t merely flirt with disaster; many are about men who could turn violent without skipping a beat. They stalk; they tweak methamphetamine; they repeat the sins of their fathers; they lie without breaking a sweat. The one in “Virgo” is relatively high-end because he held a job as a newspaper editor in Oregon, despite “one flimsy charge of harassment stemming from an honest misunderstanding involving the women’s restroom.” Like most of the men in We Live in Water this guy has a litany of demotions and setbacks, which Mr. Walter conveys with characteristically dark humour.”

“The tales are tautly structured, and suffused with caustic wit, quirky descriptions and sharp detail. Perhaps, because of the author’s desire to present a uniformly bleak vision of this stratum of Spokane, the voices are a little too alike, but this is a minor quibble — We Live in Water never falls short of being highly engaging.”

We Live in Water by Jess Walter The Omnivore