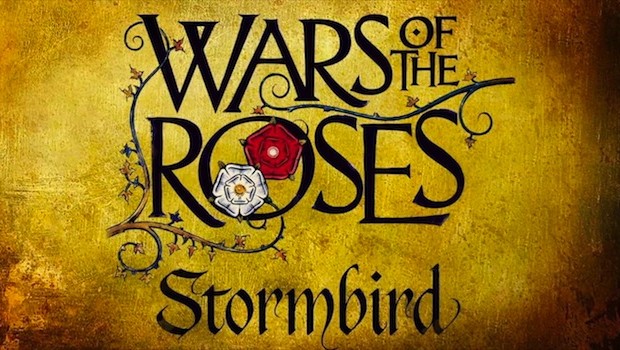 Wars of the Roses: Stormbird by Conn Iggulden

Blurb: In 1437, after years of regency, the pious and gentle Henry VI, the Lamb, comes of age and accedes to the English throne. His poor health and frailty of mind render him a weakling king – Henry depends on his closest men, Spymaster Derry Brewer and William de la Pole, Duke of Suffolk, to run his kingdom. Yet there are those, such as the Plantagenet Richard, Duke of York, who believe England must be led by a strong king if she is to survive. With England’s territories in France under threat, and rumours of revolt at home, fears grow that Henry and his advisers will see the country slide into ruin. With a secret deal struck for Henry to marry a young French noblewoman, Margaret of Anjou, those fears become all too real. As storm clouds gather over England, King Henry and his supporters find themselves besieged abroad and at home. Who, or what, can save the kingdom before it is too late? (Michael Joseph, 2013)

“The battle scenes are a triumph. The reader is left with no doubt as to why the English archers were the most fearsome soldiers on the battlefield. The descriptions are a rich and vivid tapestry, while tactical nous and rapid-paced storytelling will be as enjoyable for the history expert as the novice, although perhaps not for the faint of heart.”

“Pacey and juicy, and packed with action.”

“Although it was at times difficult keeping track of who was who, the people’s uprising under Kentishman Jack Cade, and his march on London, is magnificently descriptive.”

Wars of the Roses: Stormbird by Conn Iggulden The Omnivore