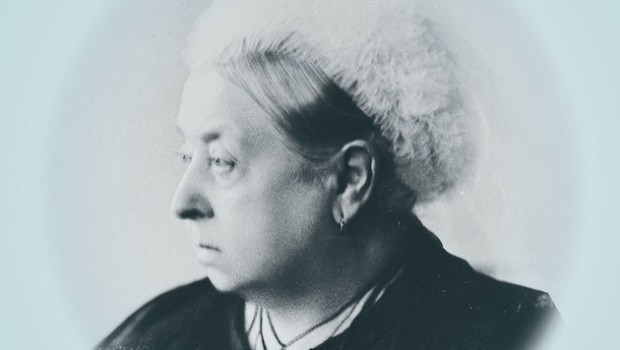 Victoria: A Life by A N Wilson

Blurb: When Queen Victoria died in 1901, she had ruled for nearly sixty-four years. She was mother of nine and grandmother of forty-two, and the matriarch of Royal Europe, through the marriages of her children. To many, Queen Victoria is a ruler shrouded in myth and mystique – an aging, stiff widow, paraded as the figurehead to an all-male imperial enterprise. But in truth, Britain’s longest reigning monarch was one of the most passionate, expressive, humorous and unconventional women who ever lived, and the story of her life continues to fascinate. A. N. Wilson’s exhaustively researched and definitive biography includes a wealth of new material from previously unseen sources, to show us Queen Victoria as she’s never been seen before. It explores the curious set of circumstances that led to Victoria’s coronation, her strange and isolated childhood, her passionate marriage, Prince Albert’s pivotal influence, her widowhood and subsequent intimate friendship with John Brown, set against the backdrop of this momentous epoch in Britain – and Europe’s – history. Victoria is a towering achievement; a masterpiece of biography by a writer at the height of his powers.

“A.N. Wilson has spent many years thinking and reading about Queen Victoria, and this superb revisionist biography is the book that he was born to write… Wilson clearly loves and admires his subject, but this is a critical biography — funny, insightful, original and authoritative. At last Victoria has been rescued from her widow’s weeds.”

“Splendid… There have been plenty of books about Victoria before, and some of Wilson’s previous forays into history have been patchy, to say the least. But this book is a gem: thoughtful, witty, insightful, striking a perfect balance between political commentary and personal gossip. Not only does Wilson know the turf as well as anybody — from the palace drama of her teenage accession and the tragedy of her husband’s early death, to her grief-stricken breakdown and re-emergence as an imperial icon — he is simply masterful at finding new angles… [A] terrific biography”

“[A] subtle, thoughtful biography… It was only thanks to the wise queen, suggests Wilson, that Britain did not blunder into a war with Germany, 50 years before it was capable of winning. Wilson pays proper attention to the Hanoverian side of Victoria’s inheritance too… [A] shimmering and rather wonderful biography”

“This won’t be the last biography of Victoria, but it is certainly the most interesting and original in a long time. I can’t think of another life that so cogently explains Victoria’s religious views… Although Wilson can be waspish when he wants to be, about Victoria’s attitude to Ireland, for example, in the end he is enchanted by the Faery Queen (Disraeli’s wicked nickname for her). There is something mesmerising about a woman who never feels a moment’s guilt. My only quibble with his book is with the sloppy proofreading — mixing up Prussia with Russia in the family tree in the frontispiece, for example, would have Victoria turning in her very crowded grave.”

“AN Wilson has written a sympathetic but by no means hagiographic biography of her that will probably overturn many people’s prejudiced conception of her… Wilson is himself sometimes highly opinionated, which of course makes his book much more interesting.”

“Wilson tells the story with an elegance and wit with which his readers will be familiar, but there is little here that devotees of Victoria and the social and political history of her age will not know already… Wilson writes so entertainingly, with an eye for the good story, that this substantial book is also an enjoyable read. The only quibble I have is the liberal scattering of factual errors, some of them quite important.”

“Wilson’s account is marred by slapdash writing, poor organisation and other signs of haste. It contains some very odd judgements… On the other hand, despite being a literary Stakhanovite almost on a par with the Queen herself, Wilson is always worth reading. He is astute, unpredictable and opinionated. He has a great eye for an anecdote. Above all, he is witty.”

Victoria: A Life by A N Wilson The Omnivore