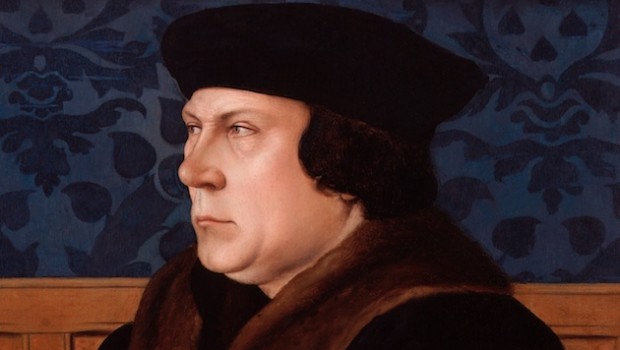 Blurb: Thomas Cromwell is known to millions as the leading character in Hilary Mantel’s bestsellingWolf Hall and Bring Up the Bodies. But who was the real Cromwell? Born a lowly tavern keeper’s son, Cromwell rose swiftly through the ranks to become Henry VIII’s right hand man, and one of the most powerful figures in Tudor history. The architect of England’s break with the Roman Catholic Church and the dissolution of the monasteries, he oversaw seismic changes in our country’s history. Influential in securing Henry’s controversial divorce from Catherine of Aragon, many believe he was also the ruthless force behind Anne Boleyn’s downfall and subsequent execution. But although for years he has been reviled as a Machiavellian schemer who stopped at nothing in his quest for power, Thomas Cromwell was also a loving husband, father and guardian, a witty and generous host, and a loyal and devoted servant. With new insights into Cromwell’s character, his family life and his close relationships with both Cardinal Wolsey and Henry VIII, joint Chief Curator of Historic Royal Palaces Tracy Borman examines the life, loves and legacy of the man who changed the shape of England forever.

“In this most serviceable biography, the historian Tracy Borman tells us succinctly in 400 pages what we need to know about the man who rose to be the king’s highest adviser and, as a consequence, one of England’s great revolutionaries. Borman, a joint chief curator for Historic Royal Palaces, has toiled away in documentaria and libraries and if there’s anything to find on Cromwell I’m sure she has found it… I wondered whether Borman’s very good book would not have benefited from a little Marxism and a slap of Freud.”

“[An] elegant biography… Her prose, as ever, glides beautifully along and she has some new information about things such as Cromwell’s spending on fancy-dress costumes for parties. She does not flinch from cataloguing his terrible crimes, yet — like Mantel — feels compelled to balance the books by seeking examples of Cromwell’s loyalty, piety and diligence. There are not many.”

“Borman is an engaging writer, but there is a failure to embrace fully the kind of character she tries to conjure — one that is both appalling and appealing (think Tony Soprano or Vic Mackey of The Shield). There is no clear vision to answer the question on the cover ‘Who was the real Thomas Cromwell?’ Perhaps it’s the biographer rather than her subject who lacks conviction.”

“Borman’s is a highly readable account, and will add to the debate surrounding this ultimately elusive character. One aspect of that debate concerns Cromwell’s religion – whether he was a true “reformer”, an adherent of the “new learning”, or whether his ecclesiastical reforms were merely designed to please the king.”

“He emerges from this book with his mystery intact, his spells unbroken. The author writes at length about his houses, but too little about what Cromwell really thought of the great intellectual wars then being waged in Europe over religion and the power of the church. Ms Borman concludes that he “wasn’t all bad”, as he loved his wife and children. But in the end it is hard to feel sorry for him.”

“She has a tin ear for religion, which is fatal in understanding the motives of a man who permanently altered its official expression in this land… Borman has read an impressively wide range of modern historical literature on Cromwell, though you have to know that literature already in order to see how it shapes her account: neither her footnotes nor the text itself are forthcoming about those sources. The book contains far too many little slips or misunderstandings of the period to inspire confidence. Its story is slightly out of focus, as is bound to be the case if a biographer almost exclusively uses the printed editions and Victorian summaries of original documents rather than the Tudor manuscripts themselves.”

Thomas Cromwell: The Untold Story of Henry VIII’s Most Faithful Servant by Tracy Borman The Omnivore