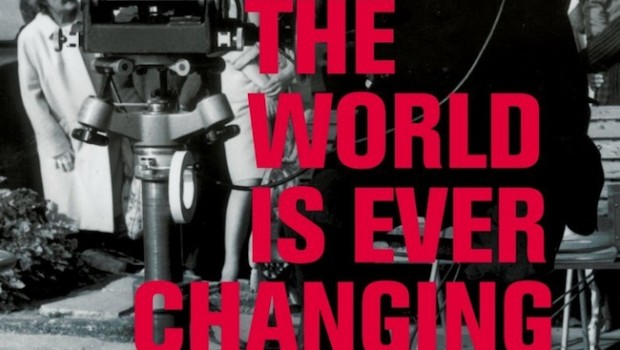 The World is Ever Changing by Nicolas Roeg

Blurb: Nicolas Roeg is one of the most distinctive and influential film-makers of his generation. The generation of film-makers who define contemporary movie-making – Danny Boyle, Kevin Macdonald (The Last King of Scotland), Christopher Nolan (The Dark Knight), James Marsh (Man on Wire), and Guillermo Del Toro (Pan’s Labyrinth), all acknowledge their debt to the work of Nicolas Roeg. Roeg began as a cameraman, working for such masters as Francois Truffaut and David Lean. His explosive debut as a director with Performance, established an approach to film-making that was unconventional and ever-changing, creating works such as Don’t Look Now, The Man Who Fell to Earth, Bad Timing, Insignificance, and, more recently, Puffball. Having now reached eighty years of age, Roeg has decided to pass on to the next generations, the wealth of wisdom and experience he has garnered over fifty years of film-making. (Faber)

“If it’s a gift, as it feels, The World is Ever Changing is lovingly packaged — especially the interactive edition, which uses colour photos and ‘to camera’ footage of Roeg musing in an easy chair. All in all, it’s a delightful object: a feelingly subjective navigation through the functional world of film, and a fitting testament to Roeg’s unique contribution to cinema.”

“… a work of rare poetic insight … tinged with the amazement and self-examination of an older man looking back on a most unusual career.”

“This is more a book for movie fans than the general reader, but for those who have experienced the edgy disturbances of Don’t Look Now, The Man Who Fell to Earth, Performance, Eureka or Walkabout, Roeg’s self-analysis is fascinating. The iPad version also contains clips from his films and interviews with Roeg, along with pictures and memorabilia, and it is perhaps the best way to experience this book.”

“Strange, bitty yet bizarrely engaging … [Its] doddery, almost naive tone is explained in part by the strange genesis of the memoir: much of it was transcribed from a series of video interviews with Roeg. You can watch these short films — spliced together with excerpts from Roeg’s films — in a magnificent, enhanced ebook edition. But in a printed book, it makes for a very odd read indeed. As the book progresses, though, the freewheeling, occasionally barmy tone almost starts to suit the ­energetic, ­boyishly curious nature of Roeg’s ­imagination. And embedded among his whimsical anecdotes are several gems about his own films.”