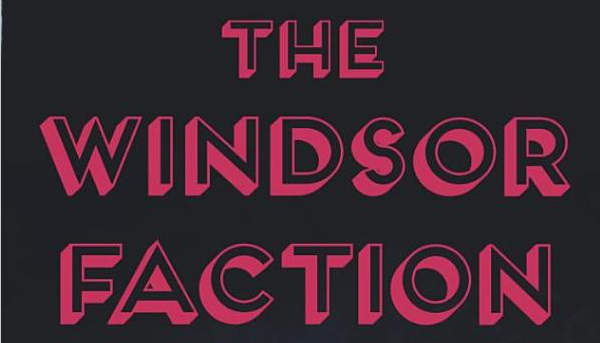 The Windsor Faction by DJ Taylor

Blurb: Autumn 1939. In a parallel world where Edward VIII never abdicated and the Second World War might have taken a very different course. Storm clouds gather over Europe, German troops amass and a ‘King’s Party’ of fascist peace campaigners is stealthily undermining the war-effort. Country house parties teem with conspiring Tory MPs, an American Embassy clerk pilfers Presidential telegrams and paranoia grips MI5. In the offices of Duration magazine Cynthia Kirkpatrick finds herself at the centre of a web of intrigue. Journalist Beverley Nichols is engaged on the most important commission of his life – a speech for King Edward VIII that will shock the nation. As history threatens to derail, both learn that taking sides can be a very dangerous business. (Chatto & Windus, 2013)

“If the opening pages, set in Ceylon, resemble Waugh’s brittle comedy, by the time the action reaches London the tone has shifted. In fact it never settles down, repeatedly sliding between political thriller and social slapstick to reflect a world where it is not only the outcome of events that is uncertain. So is the best way of understanding them. Taylor’s stylistic jumpiness is not always successful – the melodramatic ending seems to have slipped in from another novel by mistake – but at its best this is gripping entertainment.”

“The Windsor Faction does contain elements of conspiracy yarns. For example, some of the king’s supporters believe, in a nice nod to Dianarites and the Daily Express today, that Mrs Simpson may have been murdered. But, generally, Taylor follows a scheme closer to Philip Roth’s The Plot Against America, which imagined an isolationist, antisemitic American government in 1940, but focused on ordinary houses rather than the White House.”

“…a tense, page-turning thriller, enriched by acute social observation, within which unfolds a subtle meditation upon where the quest for peace ends and the path to treason begins.”

“This splendid ‘What If’ thriller opens with one of the many terrific set pieces of the book with journalists gathering at a country church for Wallis [Simpson]’s funeral as society figures file in for the service in black armbands.”

“Taylor knows his subject and period to perfection, ably riffing on political intricacies and the manifestations and manipulations of class expectations. From the cadence of dialogue to the cut of the cloth the details are pitch perfect (his description of a man looking like a cod-fish is a nifty nod to one of Cecil Beaton’s observations). Whether acted out in the corridors of power or the “pub snuggeries” this is a novel that in asking “what if” has captured, with precision, what once was.”

“The vivid set pieces and articulate voices invigorate the novel; what authenticates it, though, is its fictionalised historical personalities, not least the king. Literary figures are referenced and ridiculed: the king remembers Thomas Hardy as being gauche; Nichols thinks H G Wells ‘old, seedy, impossibly ground-down’ – but is denounced himself in print as ‘an objective pro-Fascist’ by one G Orwell; Betjeman, who gets a walk-on part in Dublin, is all ‘greeny-grey teeth and blithering chatter’. The Germans are encapsulated pithily but no less effectively: Himmler, one character decides, looks like a janitor; Goering, a butcher.”

“After months of the phoney war, Germany invades France, Churchill becomes prime minister and Britain stands alone. In other words, what would have happened is what did happen. Wisely, Taylor doesn’t spell this out in so many words — and a generous reader might even admire his reluctance to sex-up the counterfactual record. Nonetheless, it does leave the novel’s premise, initially so promising, looking somewhere between rather thin and surprisingly pointless.”

The Windsor Faction by DJ Taylor The Omnivore