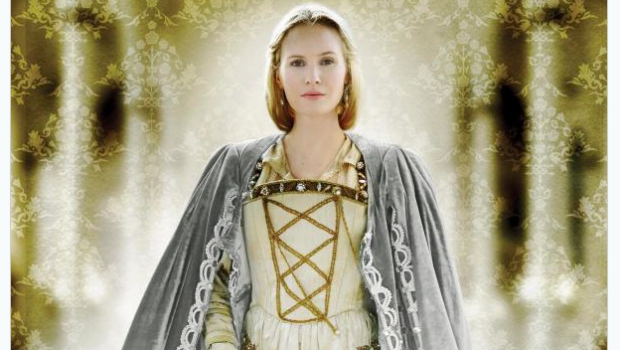 The White Princess by Philippa Gregory

Blurb: The haunting story of the mother of the Tudors, Elizabeth of York, wife to Henry VII. Beautiful eldest daughter of Edward IV and Elizabeth Woodville – the White Queen – the young princess Elizabeth faces a conflict of loyalties between the red rose and the white. Forced into marriage with Henry VII, she must reconcile her slowly growing love for him with her loyalty to the House of York, and choose between her mother’s rebellion and her husband’s tyranny. Then she has to meet the Pretender, whose claim denies the House of Tudor itself. (Simon & Schuster)

“Margaret Beaufort is controlling, bitter, ruthless and, above all, has the impregnable belief that God is on her side. As Elizabeth matures though, she finds ways to outmanoeuvre her; indeed this is less the story of the birth of a dynasty and more a battle between two formidable women. Philippa Gregory fans will not be disappointed.”

“As we always know the outcome of historical fiction, Gregory shows considerable skill in generating and maintaining tension, mostly between women. Sometimes her projection of 21st-century analysis into the mouths of characters is unconvincing … But I enjoyed Gregory’s support of the exciting theory that Prince Richard had been smuggled to safety by his mother and a poor page-boy sent to the Tower in his place.”

“As with her other novels, Gregory draws inspiration from legends as well as facts. Richard III was rumoured to have intended Elizabeth of York as his bride after the death of Anne Neville, but there is no reliable evidence that they ever became lovers. Neither is there anything other than Yorkist propaganda to suggest that either of the “pretenders” might really have been Elizabeth’s brothers, the so-called princes in the Tower. But, as Gregory herself has said, her books should be critiqued as novels, not just for their historical accuracy (or otherwise). In this respect, they warrant praise from all quarters. She is a writer of undeniable talent, and her prose is engaging, elucidating and well-paced.”

“Historical novels are often given a hard time. Too enslaved by fact to make good fiction; too loosely entertaining to be good history. Gregory is guiltier of the latter than the former frailty. Elizabeth is pleasingly mercurial, even if her signature note (“I don’t know ANYTHING!”) sits uneasily with her ability to summarise current affairs everywhere from Ireland to Portugal. Nonetheless Gregory’s fictional approach does give her license to explore lacunae in the past, spinning the unresolved fate of the Princes in the Tower into vivid, slippery story lines.”

“…  the past is demanding and messy and there is a lot to get through: a novelist could linger too long on a character’s internal world, losing momentum or focus. Gregory’s cleverness lies in her ability to take complex events and transform them into a story to which the modern reader can relate — often by focusing on hot topics such as marital rape, or the tensions between love and duty. Nonetheless, there are moments when you long for something leftfield.”

“The point of fiction is surely to convey wisdom, rather than knowledge, and here I’m less convinced. In a hundred years’ time, these books will provide a rich source of information about Gregory’s readers’ dreams in the year 2013. In this world, women are, on the whole, terrifically beautiful. They have lovely long hair, which they keep pinned up for their lovers to let down in a sexy manner. They have an awful lot of children, whom they love unconditionally. They are strong and feisty, with the odd crisis of confidence dealt with by a go-girl pep talk from a sister or mother. It’s as if some 21st-century yummy mummies with a healthy sense of entitlement have been kidnapped at the school gate and hurled back into the past.”

The White Princess by Philippa Gregory The Omnivore