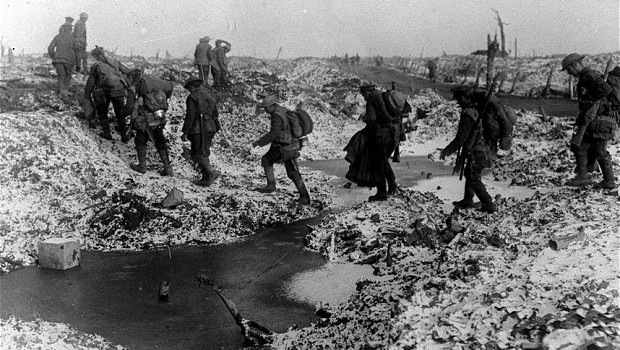 The War That Ended Peace: How Europe Abandoned Peace for the First World War by Margaret MacMillan

Blurb: The First World War followed a period of sustained peace in Europe during which people talked with confidence of prosperity, progress and hope. But in 1914, Europe walked into a catastrophic conflict which killed millions of its men, bled its economies dry, shook empires and societies to pieces, and fatally undermined Europe’s dominance of the world. It was a war which could have been avoided up to the last moment – so why did it happen? Beginning in the early nineteenth century, and ending with the assassination of Arch Duke Franz Ferdinand, award-winning historian Margaret MacMillan uncovers the huge political and technological changes, national decisions and – just as important – the small moments of human muddle and weakness that led Europe from peace to disaster. This masterful exploration of how Europe chose its path towards war will change and enrich how we see this defining moment in our history.

“Margaret MacMillan, the author of Peacemakers , which won numerous prizes, is that wonderful combination — an academic and scholar who writes well, with a marvellous clarity of thought. Her pen portraits of the chief players are both enjoyable and illuminating. Among the cascade of books arriving for the anniversary, this work truly stands out.”

“This is, of course, heavily trodden ground. Only last month, Max Hastings published a rich and trenchant account of the war’s opening months, while Christopher Clark’s brilliantly provocative The Sleepwalkers has blasted holes in the well-worn thesis that it was all Germany’s fault. To some extent, therefore, MacMillan has come late to the party. But her rollicking narrative, which takes us from the Paris Universal Exposition of 1900 to Britain’s fateful declaration of war, has tremendous virtues of its own. MacMillan may be telling a well-known story. Yet with its lovely elegant style, keen eye for human foibles and impeccable attention to detail, this is one of the most enjoyably readable books of the year.“

“At over 650 pages, this is a very long book, and it is written entirely from secondary sources. MacMillan spends rather too long setting the scene, and she is slow to reveal her arguments. The early chapters seem to rehearse over-familiar material. It might have helped if she had positioned herself in relation to the historiography — the historical literature on this topic is rich and vast, but she makes no attempt to review it. When MacMillan picks up speed, however, she writes prose like an Audi — purring smoothly along the diplomatic highway, accelerating effortlessly as she goes the distance. This is a ground-breaking book, decisively shifting the debate away from the hoary old question of Germany’s war guilt. MacMillan’s history is magisterial — dense, balanced and humane. The story of Europe’s diplomatic meltdown has never been better told.”

“…the Canadian historian laces The War That Ended Peace with deft character sketches and uses sources incisively… MacMillan escorts the reader skilfully through the military, diplomatic and political crises that framed the road to war from 1870 to 1914.”

“MacMillan is a wry and humane chronicler of this troubled world … The historian’s task, she suggests, is not to judge but to understand … Yet the bulk of her book is structured around an implicitly Fischerian narrative, in which the Germans provoke and the other powers respond … The tension between a mode of analysis that strives to distribute agency across a wide range of actors and a set of framing devices grounded in the presumption of German war-guilt is never quite resolved.”

“…an elaborate and elegant portrait of the decade of so before 1914… The impression left by MacMillan’s vivid reconstruction of these events is that there already existed a “war before the war”, which makes it easier to understand how statesmen could see armed conflict as a way to resolve issues, because it was all around them. Indeed, for the British, the Boer war was a taste of what was to come (the Boer republics were the British empire’s Serbia), with problems of large-scale mobilisation, building an efficient war economy and combat with modern weapons. There is a danger here of confusing cause with effect.”

The War That Ended Peace: How Europe Abandoned Peace for the First World War by Margaret MacMillan The Omnivore