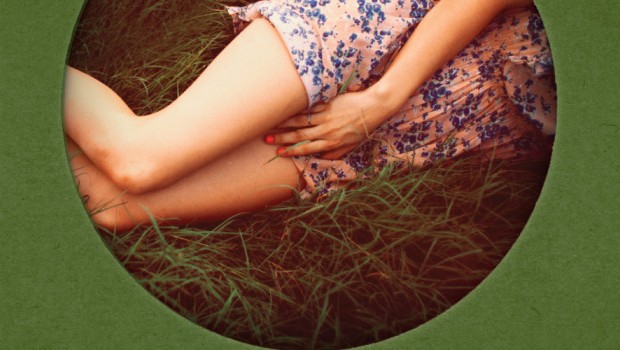 The Virgins by Pamela Erens

Blurb: The events of 1979-80 reverberate around the campus of Auburn Academy and linger many years later in the mind of narrator Bruce Bennett-Jones. Aviva Rossner and Seung Jung are an unlikely couple at the elite East Coast boarding school and are not shy in flaunting their newly discovered sexuality. Their blossoming relationship is watched with envy and fascination by Bruce and other classmates, who believe their liaison to be one of pure, unadulterated passion and pleasure. But nothing is what it seems, and as Aviva and Seung struggle to understand themselves and each other, things begin to fall apart. Their ultimate descent into shame and betrayal has disastrous consequences beyond their own lives. (John Murray, February 2014)

“The adolescent imagination in particular is a powerful and dangerous thing; as Bruce explains, “We beginners experienced sex as psyche more than body”. Erens brilliantly captures the dark side of adolescence, a haunting sensuality that lingers in the “private theatre” of Bruce’s mind long into adulthood. On par with the likes of Jeffrey Eugenides’s The Virgin Suicides and Sheila Kohler’s Cracks, The Virgins is a devastating tour de force that sets a new bar for unreliable narrators.”

“I sympathize with the reader who hopes Bennett-Jones will kill himself. Speaking strictly as a novelist, I must say that he’s a villain and a narrator Erens should be proud of — a marvel of male-adolescent betrayal and self-pity who complains about “the number of ways there are to be left out, to be abandoned.” Erens does a compelling job of making us hate him, but Bennett-Jones is the ideal narrator for this sexual tragedy. The lovers are the ones we care about, and Erens is no less compelling at making us love them. Bennett-Jones is the cruelest storyteller imaginable, as he should be. This is a love story best told by the one who’s been left out.”

“That this underage Adam and Eve seem real is testament to the narrator of their damnation, fellow student and snake in the grass, Bruce Bennet-Jones. Resentful after Aviva’s rebuff in the first weeks of term, Bruce is a Waspish oddball for whom the couple’s fumbles, described in vivid detail, hold an onanistic fascination, while later in life he obsesses over the irreversible and tragic events he believes his jealousy orchestrated. Self-loathing soaks the pages, yet the book is worth reading for its dark humour and Bruce’s biting self-awareness.”

“Erens has written an elegant, clever book about vulnerable individuals trying to make the difficult transition to adulthood in the hothouse atmosphere of an enclosed society.”

“Erens’ lovers are beautifully drawn and The Virgins is a haunting period piece, taking the reader back to a time before teenagers could look to the internet for answers. They were not, it turns out, such good old days after all.”

“Privileged youth in privileged circumstances, the dark matter of first passion – familiar terrain, to be sure, and in some ways The Virgins feels like a pastiche of The Virgin Suicides or Endless Love, with some of the preppy patina of Donna Tartt’s The Secret History. But while Erens doesn’t render these familiar beats new, she manages a delicate bit of witchcraft such that, by halfway through the novel, our fingertips are humming on the page. While Bennett-Jones’s twisty Iago-like narration gives the book much of its ambiguity and its verve, the conceit never quite pays off. He is an engaging little cur, but does he deserve the starring role?”

“ It is sensitively told, with Updike-like observation, but boy is it gloomy and joyless, and not recommended for neurotic parents of a teenager.”

The Virgins by Pamela Erens The Omnivore