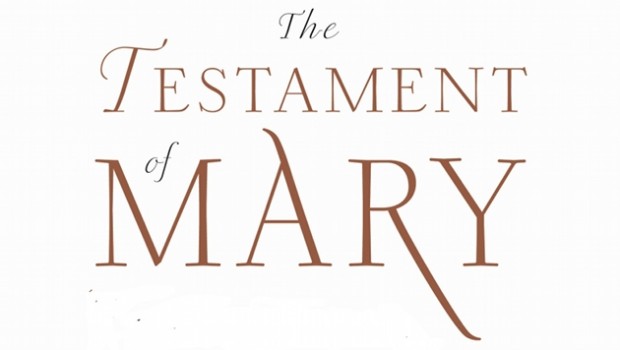 The Testament of Mary by Colm Tóibín

Blurb: For Mary, her son has been lost to the world, and now, living in exile and in fear, she tries to piece together the memories of the events that led to her son’s brutal death. To her he was a vulnerable figure, surrounded by men who could not be trusted, living in a time of turmoil and change. As her life and her suffering begin to acquire the resonance of myth, Mary struggles to break the silence surrounding what she knows to have happened. In her effort to tell the truth in all its gnarled complexity, she slowly emerges as a figure of immense moral stature as well as a woman from history rendered now as fully human. (Viking)

“Tóibín depicts a row between Mary and Jesus in which she has to remind him angrily that she is his mother. He annoys her with his “high-flown talk and riddles” and frightens her by pronouncing himself the Son of God. Many mothers of children with mental illness might view their offspring as Mary does, remembering waking him in the morning and how his childhood was filled with happiness. The sheer masculinity of the grown man, and his pride, repel her … a flawless work, touching, moving and terrifying.”

“Where the novel is at its most controversial is with its depiction of Jesus the man. He has grown to be a person that his mother doesn’t completely understand, as is the way with clever children. She finds his followers a devious, not entirely trustworthy bunch.”

“Slim, slippery and unsettling, The Testament of Mary is best read at one sitting. The prose is simple and straightforward: Colm Tóibín’s narrative voice is that of an unremarked woman whose remarkable son (Jesus Christ, although he is never named) created momentous events, and broke his mother’s heart … Mary’s tale is extraordinary, but the book works so well partly because Tóibín bases it on the universal loss of motherhood – the fact that children grow up and reject their mothers, instead opting for independence and life in the wider world … “

“The Testament of Mary is an important and persuasive book: Tóibín’s weary Mary, sceptical and grudging, reads as far more true and real than the saintly perpetual virgin of legend. And Tóibín is a wonderful writer: as ever, his lyrical and moving prose is the real miracle.”

“The Testament of Mary, for all it initially looks like a ­radical departure for ­Toibin, is in fact of a piece with his previous fiction. Like Eilis Lacey in Brooklyn, Mary finds the course of her life permanently changed by other people’s takes on her own story. And like Judge Eamon Redmond in The Heather Blazing, Mary sees that the truth of a matter hangs precisely on the way in which its facts are stated.”

“[The] truth, as Tóibín imagines it in this fearsomely strange, deeply thoughtful book, is far more subversive than it might at first seem. It runs counter to much Marian doctrine and many of the beliefs of the Roman Catholic church, not least the power of Mary to intercede on our behalf. The Mary who sits in her darkened house in Ephesus would not, I think, willingly take on the prayers of the world; all that she wishes for, she tells us at the book’s close, is to confine dreams to the night-time and living to the daytime, and to live “in full recognition of the difference between the two”.”

“Mary’s stoicism in grief and suffering is the stuff of priestly advice to women down the centuries. Tóibín does not so much subvert this image as enrich it. He is less concerned with portraying Mary as some kind of realistic character, I think, than with depicting the harrowing losses and evasions that can go on between mothers and sons. He creates a reversed Pièta: he holds the mother in his arms.”

“As ever, Toibin’s prose is lyrical and evocative and his portrait of the aged Mary, contemptuous of her protector (a thinly-disguised St John), is beautifully achieved. ”

“She is less the archetypal Christian Mother, more an angry woman forever in mourning and her enduring sadness is deeply moving.”

The Testament of Mary by Colm Tóibín The Omnivore