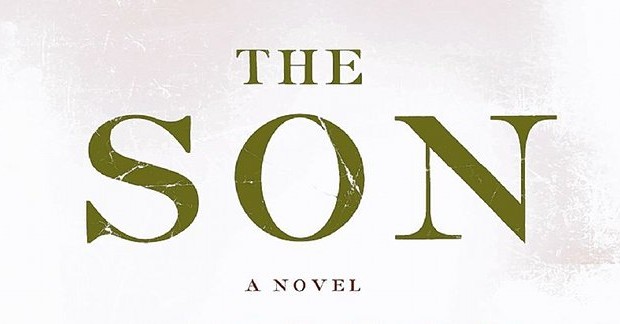 The Son by Philipp Meyer

Blurb: Part epic of Texas, part classic coming-of-age story, part unflinching portrait of the bloody price of power, The Son is an utterly transporting novel that maps the legacy of violence in the American West through the lives of the McCulloughs, an ambitious family as resilient and dangerous as the land they claim. Love, honour, children are sacrificed in the name of ambition, as the family becomes one of the richest powers in Texas, a dynasty of unsurpassed wealth and privilege. Yet, like all empires, the McCulloughs must eventually face the consequences of their choices. (Simon & Schuster)

Will Blythe, The New York Times

“By the novel’s end, Philipp Meyer has demonstrated that he can write a potboiler of the first rank, aswirl with pulpy pleasures: impossible love affairs, illicit sex, strife between fathers and sons, the unhappiness of the rich, the corruptions of power. (It might have been called “Gone With the Oil.”) But these crowd-pleasing qualities should not distract from Meyer’s Spenglerian treatment of the American empire, Southwestern branch. Only in the greatest of historical novels do we come to feel both the distance of the past and our own likely complicity in the sins of a former age, had we been a part of it. To that rank, we now add The Son.”

“Meyer, crucially, avoids passing absolute judgment about any one side. Nobody emerges in triumph – the brutalisation, even sadism, facilitates a grim, frequently temporary survival. In Eli, Meyer has created a picaresque anti-hero of crackling ambition and unspoken losses. He remains the bedrock of this work, right up to its eerie, heart-stopping finish.”

“Meyer writes muscular prose that mixes the folksy and the lyrical with vivid, well-paced action sequences. He takes a risk by weaving together his three strands as at first Eli’s story is so compelling that it is annoying to be interrupted by the others. But gradually Peter’s and Jeannie’s stories grip you and Meyer orchestrates all three into a poignant, tragic conclusion.”

“Eli had come to Texas as the child of pioneer settlers, but was abducted by Comanche warriors, with whom he lived for some years before returning to the white world to build a cattle and oil empire by the usual methods of armed landgrab and state-sanctioned illegality favoured by empire-builders everywhere. The rise and fall of that empire, and the moral and psychological costs its maintenance imposes on five subsequent generations of McCulloughs, is the subject ofThe Son, a work of extraordinary narrative power and contrasts, in which destruction seems inevitable and enjoyment of victory’s fleeting pleasures bittersweet at best.”

“Mr. Meyer, the author of American Rust, has told interviewers that Eli’s part of The Son is not what came to him first. He began by writing about later generations, with Eli’s story just a mythic part of their memories. Only later did he realize how vital these myths were to the changes in Texas culture, politics and economy; to the flowering and destruction of Indian warrior societies; to the strutting of latter-day Texans who made oil fortunes but mimicked the sartorial style of grunt-worker cowboys who herded livestock; and to the revisionist history embraced by Buffalo Bill Cody’s audiences and readers of Bret Harte. The Son is much too intimate and immediate to let these big themes overshadow its more personal storytelling.”

“For those of us old enough to have watched the portrayal of Indians shift from blood-curdling villains to romanticized victims, The Son arrives like a flaming arrow in the bleeding liberal heart of political correctness. The Indians who butcher Eli’s family early in the novel behave with a searing degree of gleeful cruelty — matched only by the atrocities committed by soldiers charged with exterminating them … I could no more convey the scope of “The Son” than I could capture the boundless plains of Texas. With this family that stretches from our war with Mexico to our invasion of Iraq, Meyer has given us an extraordinary orchestration of American history, a testament to the fact that all victors erect their empires on bones bleached by the light of self-righteousness.”

“Meyer has achieved something extraordinary with The Son. At times it is difficult to believe that Meyer wrote this novel in the present day, such is his ability to bring to life characters submerged under hundreds of years of history. Nor is this a novel that will only resonate in the US. Like Gibbon, Meyer tells us something about our past that remains an inescapable part of our future: a warning over our obsession with identity and territory that remains as pertinent as at any other time in history, when one group of people dared defy another.”

“The writing is strong and rich with detail. The lowdown on how the Comanche used every sinew of the buffalo is reported down to the kidney tallow and gall bladder bile. Characterisation is deft … Sharp social observations are interjected in passing … The story loses momentum towards the end and, inevitably, the paterfamilias Eli is more compelling than his issue. But that’s quibbling. Just like Meyer’s riveting 2009 debut American Rust, this is a wonderful novel.”

“It could be argued that the countless hours of meticulous research that underpin the book’s verisimilitude come at a price, as the historian and anthropologist in Meyer sometimes impede the gifted storyteller, resulting in a novel that at times is more slow-burning than one might wish. That said, The Son is a remarkable achievement, especially in its nuanced delineation of the Colonel. Not since the baroque character of Judge Holden, the hulking scalphunter-polymath who stalks McCarthy’s Blood Meridian, has the Wild West produced such a grimly compelling creation.”

“The Son shows Meyer to be a very impressive novelist indeed, whose gifts include a powerful historical imagination, a knack for creating characters and scenes that stick in the mind, and a capacity to write prose that can rise to an eloquence in keeping with the grandeur of his subject matter. A throwback to the grand fiction projects of the past, this novel nods to Steinbeck’s East of Eden and also recalls Dos Passos, but most obviously draws on Faulkner. However, the Nobel laureate proves a more perilous mentor structurally, as the Faulknerian interweaving of narratives is the one aspect of The Son that lets it down.”

“For all its scope and drama and high intentions, The Son is too often a tedious read, struggling under the weight of repetition and sententiousness. Eli, in an act of personal revenge, presides over the annihilation of the Lipans, a tribe who had ‘lived in the country 500 years’. In the dead chief’s shield, ‘stuffed between the layers, was Gibbon’s Decline and Fall of the Roman Empire’. If Meyer wasn’t so relentless about hammering his message home,The Son would have a better chance of being the kind of novel he wants it to be.”

The Son by Philipp Meyer The Omnivore