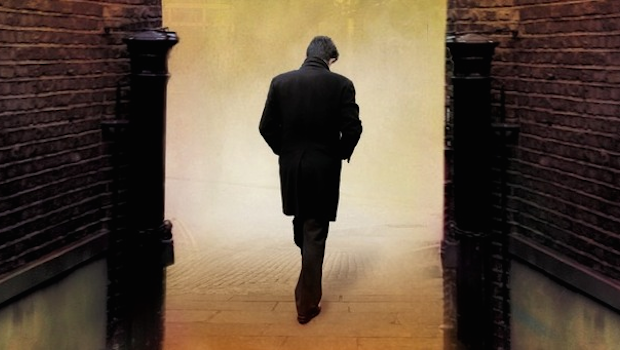 The Silkworm by Robert Galbraith

Blurb: When novelist Owen Quine goes missing, his wife calls in private detective Cormoran Strike. At first, she just thinks he has gone off by himself for a few days – as he has done before – and she wants Strike to find him and bring him home. But as Strike investigates, it becomes clear that there is more to Quine’s disappearance than his wife realises. The novelist has just completed a manuscript featuring poisonous pen-portraits of almost everyone he knows. If the novel were published it would ruin lives – so there are a lot of people who might want to silence him. And when Quine is found brutally murdered in bizarre circumstances, it becomes a race against time to understand the motivation of a ruthless killer, a killer unlike any he has encountered before… (Sphere, June 2014)

“Has Rowling digested all her experiences in the literary world into something precious? It’s certainly a damn good read. The plot is much more smoothly constructed than in The Cuckoo’s Calling, with Rowling giving her characters room to breathe while still taking a Christie-like delight in the cunning sowing of clues.”

“Galbraith also gives a wry insight into the literary world, taking a gentle but deeply cutting scalpel to authors, agents and publishers, and making me wonder to what extent aspects of this book might be a roman a clef.”

“What Galbraith does so convincingly with the crime novel is, in a sense, what Rowling did so well with the children’s book. She is a magpie, with an unerring eye for elements of the genre, both traditional and contemporary, that work well. Where her originality lies is in pulling them together into a synthesis that is entirely her own. She takes the existing strengths of the genre and uses them as the building blocks for her own considerable storytelling gift, crafting books crammed with memorable characters that make irresistible reading.”

“As written by Rowling, The Silkworm takes “write what you know” and raises it to the 10th power. Is this crime fiction, a celebrity tell-all, juicy satire or all of the above? The blessing/curse here is that you turn the pages for the whodunit, but you never lose sight that these observations on the publishing world come from the very top. This makes complete escape, something mandatory for a crime novel, almost impossible — but then again, who cares? If you want a more complete escape, pick up another book. Reading Rowling on writing is delicious fun.”

“The Silkworm may be a little too long, its characters a touch exaggerated, but it works at every level. It’s an old-fashioned mystery in a positive sense — a bizarre murder, a closed list of suspects with adequate motives, the police getting it wrong, an eccentric detective and even a Poirot-like denouement. The novel teems with sly humour, witty asides and intelligence. There are copious literary and poetry allusions, often relevant to the mystery. It’s clever, it’s challenging (but not overly so) and it’s a pleasure to read.”

“The Silkworm is not great literary fiction although it expertly skewers the pretensions of that world. It is, rather, what it sets out to be: a properly addictive whodunnit. And in the unlikely pairing of ungainly Strike and his clever young assistant, Robin Ellacott, Rowling/Galbraith has created an investigative duo with spark and empathy. Theirs is the very best sort of modern working relationship, garnished with a dollop of sexual tension.”

“A tightly stitched updating of the classic tale of the dishevelled but brilliant private dick, smattered with references to 19th-century French literature and pre-Levenson sleuthing tactics, alongside well-realised characters – not least a chain-smoking literary agent with an incontinent Dobermann, who capitalises on the fact that she “awoke in those who were susceptible, childhood memories of demanding and all-powerful mothers”.”

“Formula, though, has its function. The title of Owen Quine’s final novel is Latin for silkworm, a creature that, we learn in passing, is boiled alive for its silk. Rowling seems to offer this as a metaphor for the agonies of art, but has any writer ever been less boiled alive by writing? If anything, what makes The Silkworm such a pleasurable read is how avidly Rowling accepts the old rules and embraces (once more) the stability of genre.”

“Strike’s investigations allow Galbraith to satirise publishing, class, sadomasochism. There’s schlock (“Where could Quine’s guts have gone?”), cliché (“distinguished salt and pepper hair”) and inaccuracy (an author, who died in 1986, appears at the Hay Festival, which began in 1988) but Galbraith’s prose clunks readably along. London is more vivid than in some recent literary fiction and, although less description might have made for a sharper plot, the final twist is unexpected. “

“The Silkworm labours hard to be silky, but English prose has never been JK Rowling’s friend and she herself betrays a tell-tale anxiety about her project. There’s a revealing moment on page 166 at which, in the guise of a fictional blog, she instructs the reader in the difference between plot and narrative. “Plot is what happens,” she writes. “Narrative is how much you show your readers and how you show it to them.” In Rowling’s imaginative landscape, then, there is no serious consideration either of character or situation. To these two novelistic essentials she is a stranger.”

The Silkworm by Robert Galbraith The Omnivore