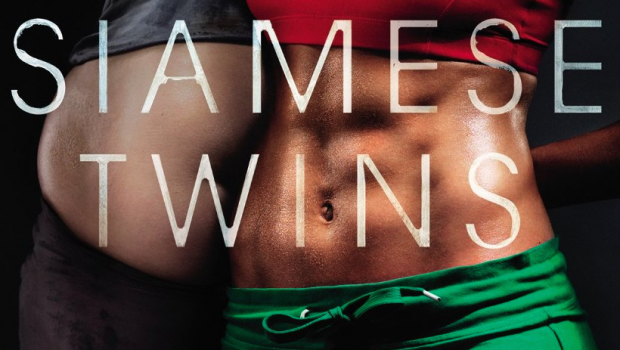 Blurb: When Lucy Brennan, a Miami Beach personal-fitness trainer, disarms a gunman chasing two frightened homeless men, the police and the breaking-news cameras are not far behind and, within hours, Lucy is a media hero. The solitary eye-witness is the depressed and overweight Lena Sorensen, who becomes obsessed with Lucy and signs up as her client – though she seems more interested in the trainer’s body than her own. When the two women find themselves more closely aligned, and can’t stop thinking about the sex lives of Siamese twins, the real problems start… (Jonathan Cape, May 2014)

“Welsh, whose ear for tasty dialogue has always been his forte, has never written with greater verve. Call it fast food, or a banquet of healthy cautionary wholegrain, this is a novel packed with energy. Welsh’s fans will love its excess of sprinkled expletives, and its discipline, its ambition. Those new to his work will find perseverance has its reward.”

“From that lurid title onwards this is a visceral romp of a novel, a manic endorphin rush of a read that nevertheless also manages to sneak in some serious commentary on the state of American society, putting this book right up there with the best of Irvine Welsh’s work.”

“With a cast of characters poised between humanity and grotesquery, and the exposure of some extreme behaviours which are no less apparent than during some entirely pornographic sexual encounters, this is unmistakably Welsh, and many readers might not appreciate its sensational veneer. Yet how far he has removed himself from his comfort zone in writing female Americans is validated by the clarity with which he eviscerates Western society’s great – and potentially most dangerous – obsessions with food, health, sex and emotional perfection.”

“The excitement of Welsh’s writing derives from the perverse glee he takes in our lowest obsessions. His best effects are comic, and rely on sharp turns and a profane finish. Approaching a nightclub, Lucy says of Lena: “She gets the ‘who dat retard’ look from the gangbanger doorman at the velvet rope outside Club Uranus . . . Yes, I’m with a fat chick and if you’re obese in Miami Beach you might as well be in the advanced stages of leprosy”. An unruly sprawl it may be, but The Sex Lives of Siamese Twins is, nevertheless, a compulsive read.”

“Lucy’s narration unfolds as a riot of sex, exercise and ever more abusive ways of saying “fat woman” (not that the thin escape: Game of Thrones star Lena Headey is an “anorexic fake-assed bitch”) … Welsh milks Lucy’s entertainment value while hunting bigger game. Partly the novel sets itself up as a poke at the caprice of modern media culture.”

“While Lucy’s prose is rough and ready and her bisexual antics rougher still, the novel yields more subtle gifts in Lena’s narrative, about the triumph of art over circumstance (as well as the less-refined delights of getting one over on your cheating ex). If you need your earthy Anglo-Saxon covered in asterisk doilies, and blanch at the sight of blood, gore and S&M, this novel isn’t for you. But if you’d enjoy watching a smug personal trainer set up for a fall while cheering on a fat loser until she gets thin, bag yourself a ringside seat”

“If you are comfortable with a certain amount of silliness (especially in the sex scenes), Welsh’s novel makes for a boisterous, exuberant beach read.”

“I know, I know: it’s all satire, but when a character a) gets out the fluffy handcuffs and b) describes gym-bunnies as “Belsen model bitches, taking time off from sitting with their fingers down their throats,” I don’t want to spend any more time with her. Had it not been my job to finish this book, I’d have flung it away at that moment. If I want Floridian satire, I’ll turn to Carl Hiaasen instead.”

“Welsh keeps himself going with the suggestion that extreme fitness programmes are like cold turkey, which makes dieting like drug abuse. Kinda. It’s not really a book. It’s fast-food fiction, or a bad film: like Tarantino remaking Bad Lieutenant from a discarded draft of Thelma and Louise in which the sex was written by a boxing commentator unable, after years of voyeuristic pugilism, to separate disgust from desire.”

The Sex Lives of Siamese Twins by Irvine Welsh The Omnivore