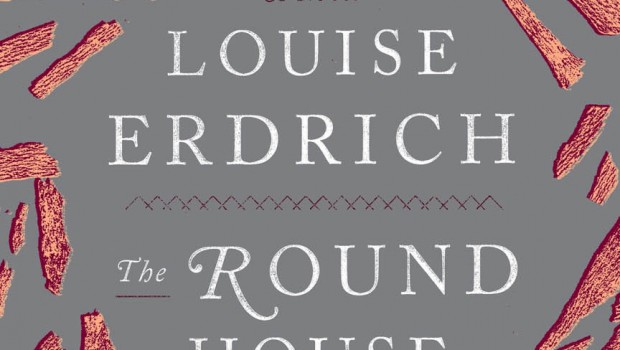 The Round House by Louise Erdrich

Blurb: One Sunday in 1988, thirteen-year-old Joe Coutts learns that his mother has been the victim of a brutal attack by a man on their North Dakota reservation. Joe’s mother is traumatized and afraid. She takes to her bed, and refuses to talk to anyone – including the police; meanwhile his father, a tribal judge, endeavours to wrest justice from a situation that defies his keenest efforts; and young Joe’s moral and emotional landscape shifts on its child’s axis. Frustrated, confused and nursing a complicated fury, Joe sets out with his best friends Cappy, Zack and Angus in search of answers that might put his mother’s attacker behind bars – and set his family’s world straight again. Or so he hopes. (Corsair)

“Erdrich is brilliant when evoking teenage banter, which pinballs between childhood (Star Trek, bikes, swimming in the lake, boyish derring-do, jokes involving manure) and fantasies of adult pleasure: sex, pilfered cigarettes, swigs of beer and the rare, stale joint. An afternoon skinny dipping leads into some pitch-perfect, Star Wars banter about penis envy: “Zack laughed at me, Aren’t you a little short for a Storm Trooper? Size matters not. Judge me by my size, do you?” Carry on Yoda.”

“Joe is an incredibly endearing narrator, full of urgency and radiant candor. Looking back over a distance of many years, he describes his wrenching passage from innocence to experience. That summer he was determined to cast off the trappings of youth and fulfill his duty to his mother, but he was still a kid, obsessed with watching Star Trek, sneaking a beer, ogling women’s breasts. His quest to find the rapist draws him from the games of adolescence into a situation that could very well get him killed.”

“ For Erdrich, The Round House is also a return to form. Joe’s voice — at times lawyerly, ruefully reviewing the many legal limbos of Native American history, but also searching, attuned to the subtleties of his own and others’ internal lives — recalls that of Judge Antone Bazil Coutts, one of the narrators of Erdrich’s masterly novel The Plague of Doves. That’s appropriate because Joe is the judge’s son.”

“Rape isn’t really the subject of The Round House. Rather, this is the story of a teenage boy whose world and self are pulled apart and reassembled in the course of a year … With their intense interest in the decolletage of Deanna Troy and their frequent, inopportune hard-ons, Joe and friends might seem unshockable, but their sexuality, however unruly, is fundamentally innocent. Erdrich portrays it with great, bawdy fondness.”

“What begins as a tense and gripping mystery gradually evolves into something else as a murky mixture of legal and boundary issues makes prosecuting Joe’s mother’s attacker incredibly difficult. The need to avenge a crime that might otherwise fall through the cracks becomes central and Joe is dragged into adulthood in the ugliest way imaginable.”

“Unlike Erdrich’s previous novels, which portrayed American Indian life from multiple, fragmented perspectives, The Round House focuses squarely on Joe. We do not directly witness the rape, nor the police investigation. The child’s detached, naive and brutally honest view of events, tempered by the occasional reflections of adult Joe, has strong shades of To Kill a Mockingbird … But the author’s desire to both tell this story and act as chronicler of indigenous culture is occasionally frustrating; the blend of contemporary tragedy and folkloric tradition can feel forced. None the less, Erdrich has achieved an impressive trick: a spellbinding read, an earnest message and fierce emotional punch.”

“… a fascinating reminder of another side of America.”

“It soon becomes clear that Ms. Erdrich wants to use this story to show how a tangle of laws can “hinder prosecution of rape cases” on many reservations, and in an afterword she thanks various legal, social and historical experts whom she consulted on these matters. Unfortunately, she is never able to dramatize these lessons fully or integrate them into her story.”

“The result is the moving tale of a boy forced to grow up too soon and in the most painful way imaginable. However, as well as the central mystery of who committed the rape, other questions are answered almost as asides … Erdrich certainly did not set out to write a bestseller but so much more might have been made of a potentially page-turning plot.”

“All seems set for a tale, taut with urgency and suspense, that grippingly tracks a chain-reaction of crime, repercussions, retribution and aftermath. Then, dismayingly, Erdrich surrenders to her propensity for meandering into tribal mythology and side stories … In the interludes when this paranormal palaver abates, Erdrich strains to convince you that her novel is a sobering study of differing types of justice and the toll they take. But the widespread occult rigmarole doesn’t only obfuscate her book’s serious concerns, it seeps damagingly into them.”