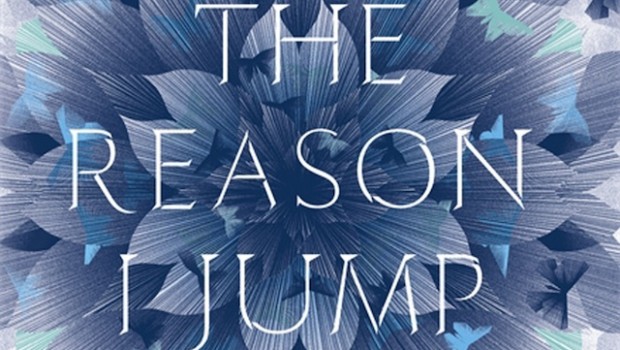 The Reason I Jump by Naoki Higashida

Blurb: A rare and important insight into the mind of an autistic child. ‘Composed by a writer still with one foot in childhood, and whose autism was at least as challenging and life-defining as our son’s, THE REASON I JUMP was a revelatory godsend. Reading it felt as if, for the first time, our own son was talking to us about what was happening inside his head.’ Written by Naoki Higishida when he was only thirteen, this remarkable book explains the often baffling behaviour of autistic children and shows the way they think and feel – such as about the people around them, time and beauty, noise, and themselves. Naoki abundantly proves that autistic people do possess imagination, humour and empathy, but also makes clear, with great poignancy, how badly they need our compassion, patience and understanding. David Mitchell and his wife have translated Naoki’s book so that it might help others dealing with autism, and generally illuminate a little-understood condition. Like The Diving Bell and the Butterfly, it gives us an exceptional chance to enter the mind of another and see the world from a strange and fascinating perspective. (Sceptre)

“I’ve been reading books about autism for 20 years, ever since my oldest son, George, was diagnosed. Most are of some value, but a book that makes me want to say, “This is truly important, and anyone interested in autism should read it,” is a rare find. The Reason I Jump achieves this status.”

“There is a certain pearls-of-wisdom quality to the writing. At its most banal, it seems to borrow from fortune cookies. On other occasions, the pronouncements feel prophetic and evoke Mao’s Little Red Bookin their aphoristic authority. And occasionally, Higashida hits profundity square on the head, and in his wry pointillism he reminds me of Wallace Stevens’s Thirteen Ways of Looking at a Blackbird … I had to keep reminding myself that the author was a 13-year-old boy when he wrote this; sometimes, it sounds as though it were the work of a prudent adult pretending to be a 13-year-old boy, because the freshness of voice coexists with so much wisdom. This book takes about 90 minutes to read, and it will stretch your vision of what it is to be human.”

“Naoki says he wants to be a writer when he grows up. David Mitchell points out that he already is one. This spectacular little book may or may not be the beginning of a prolific career, but it’s a wholly realised work of art in itself, and its dignity and stoicism are sometimes almost unbearably moving.”

“Nigashida’s child’s-eye view of autism is as much a winsome work of the imagination as it is a user’s manual for parents, carers and teachers. In its quirky humour and courage, it resembles Albert Espinosa’s Spanish bestseller, The Yellow World, which captured the inner world of childhood cancer … Its explanation, advice and, most poignantly, its guilt (“The hardest ordeal for us is the idea that we are causing grief for other people”), offers readers eloquent access into an almost entirely unknown world.”

“Does this book tell us something new? I believe it does. There is already some vague public awareness of the very different and special thought processes experienced by autistic people and Higashida illustrates this wonderfully, as does Mitchell in his introduction. What comes as more of a surprise is Higashida’s awareness of the people around him. Autism is usually thought of as utterly solipsistic. Yet the author repeatedly makes it clear how much he needs those he loves.”

The Reason I Jump by Naoki Higashida The Omnivore