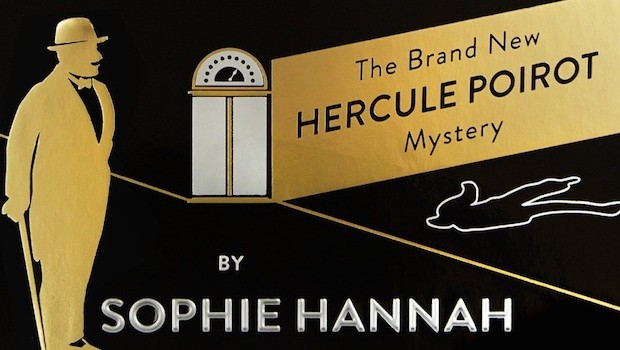 The Monogram Murders by Sophie Hannah

Blurb: The new Hercule Poirot novel – another brilliant murder mystery that can only be solved by the eponymous Belgian detective and his ‘little grey cells’. Since the publication of her first book in 1920, Agatha Christie wrote 33 novels, two plays and more than 50 short stories featuring Hercule Poirot. Now, for the first time ever, the guardians of her legacy have approved a brand new novel featuring Dame Agatha’s most beloved creation. Hercule Poirot’s quiet supper in a London coffee house is interrupted when a young woman confides to him that she is about to be murdered. She is terrified, but begs Poirot not to find and punish her killer. Once she is dead, she insists, justice will have been done… In the hands of internationally bestselling author Sophie Hannah, Poirot plunges into a mystery set in 1920s London – a diabolically clever puzzle that can only be solved by the talented Belgian detective and his ‘little grey cells’. (HarperCollins, September 2014)

“Sophie Hannah, who is both a poet and an author of nine psychological thrillers, has written a novel that not only would have delighted the Queen of Crime, but her rather more highbrow sister in suspense Patricia Highsmith too … The novel – which has a rich skein of black humour running through it – is immensely satisfying on many levels, including its ingenious ending.”

“The plot is as tricky as anything written by Agatha Christie. Nothing is obvious or predictable in this very difficult Sudoku of a novel. “The Monogram Murders” has a life and freshness of its own. Poirot is still Poirot. Poirot is back.”

“The stew is richly seasoned with Christie’s iconic plot devices, including a rural village, a handsome vicar, vindictive parishioners, false identities and a body found in a locked room. Conspiracies and lies abound in Hannah’s colorful narrative and will keep readers guessing about the killer until the unexpected and most satisfying conclusion. I’d challenge any Christie-phile to find differences between her distinctive writing style and Hannah’s mirroring of it.”

“Poirot purists will be in seventh heaven. As with Christie at her best, possible solutions to the crime pop up and fall away until we are left with the only one that seems psychologically right for both killer and victims. But what of Hannah’s technical ingenuity? Well, like Christie she is a daringly prolific sower of clues, and if at the end of the book Poirot’s run-down of the things we should have picked up on didn’t quite have the panache of the greatest Christies, it still made me kick myself.”

“It is a classic Poirot formula. Yet the result does not ring entirely true. The dialogue feels right — though there is rather too much of it — but the characters and atmosphere somehow lack Dame Agatha’s depth and precision.”

“Meanwhile, Hannah’s Poirot does all the right things: chucks in French phrases, assembles his suspects in large rooms and basks comfortably in his own omniscience. Yet he is, somehow, oddly lifeless. As conceived by Christie he is not a “character” as such, more an impressionistic sketch, but he has absolute vitality on the page; and he has the quality of connection with the reader, which is at the heart of his creator’s mysterious gift. The failure to ignite him typifies the difficulty with The Monogram Murders. For all its approximation to an Agatha Christie, the book actually bears very little resemblance to one. It is a dense, complicated, vaguely old‑fashioned detective story, containing diluted essence of Poirot.”

“Agatha Christie is frequently criticised for her unlikely plots but I think that’s unfair. She was writing a particular kind of book in which a murder sets in motion the intricate clockwork machinery of her plotting. It is here that the gulf between the original and the revival is most striking.Agatha Christie’s plots, though frequently convoluted, were always believable. However I’m afraid I just don’t believe in one of the central plot devices, an incredibly elaborate multiple suicide pact, of The Monogram Murders.”

“Christie’s majesty was in her economy of scale – perhaps why Poirot adapted so well to television. But the modern thriller, it seems, must be a doorstop, which often means something is lost in the desire to revel in the complications of what the jacket trumpets as a “diabolically clever puzzle”.”

The Monogram Murders by Sophie Hannah The Omnivore