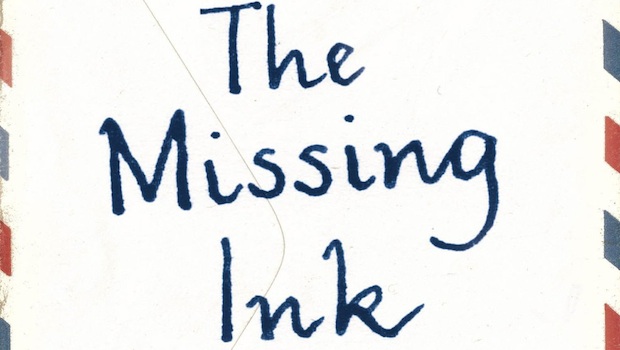 The Missing Ink: The Lost Art of Handwriting, and Why it Still Matters by Philip Hensher

Blurb: The simple pleasure of picking up a pen and writing is a skill that has existed for thousands of years – but that skill is slowly dying. Where once we would have reached for a pen and paper to commit our innermost thoughts to a diary, to send a letter home or to slip a note to a loved one, instead we now stare at tiny screens, typing with our thumbs. And all that typing looks the same. The Missing Ink is a book about the characters who shaped our handwriting, and how it in turn shaped us. From Victorian idealists, preaching the moral worth of italic copperplate, to great modern educational reformists such as Marion Richardson, throughout history the style in which we write has influence the way we learn, behave and communicate. But this is also a book about the physical act itself: about the pots of ink, treasured pens and chewable Biros that we used to take for granted, and whether the style of our writing really does reveal anything about our true selves.

“From this book, the wisest and wittiest argument imaginable for the preservation of handwriting, I have learnt so much, and by it have been so happily entertained, that I am compelled to recommend it to everyone. “

“… an entertaining celebration of handwriting and its paraphernalia. Hensher describes the often fraught battles among different methods of teaching handwriting, and the joys of the Bic Cristal ballpoint pen. But the book is more than a lament for a dying culture … This witty, heartfelt book conveys superbly the pleasures of writing by hand and the role it still has to play in our lives.”

“As a history, The Missing Ink is patchy and too anecdotal for its own good, but its advocacy of one of the most humane and pleasurable forms of self-expression is pretty much irresistible.”

Matthew Bell, The Independent on Sunday

“There are interesting passages on graphology, the pseudo-science that claims your handwriting says something meaningful about you … Hensher’s own approach is equally pseudo-scientific, in that he makes liberal use of footnotes but then fills them with jaunty asides … But interjections such as “Ibid. Oh, crap. Seriously, what crap” inject a levity that’s a bit too reminiscent of undergraduate humour for this reader. And, as for the premise on which his thesis is based, that handwriting is on the verge of extinction, I suspect he frets unduly.”

The Missing Ink: The Lost Art of Handwriting, and Why it Still Matters by Philip Hensher The Omnivore