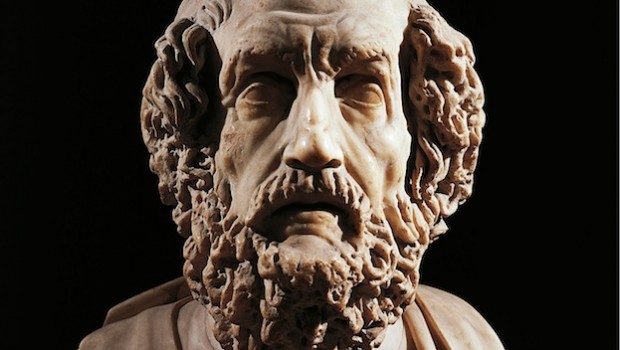 The Mighty Dead: Why Homer Matters by Adam Nicolson

Blurb: Where does Homer come from? And why does Homer matter? His epic poems of war and suffering can still speak to us of the role of destiny in life, of cruelty, of humanity and its frailty, but why they do is a mystery. How can we be so intimate with something so distant? In this passionate and deeply personal book, Adam Nicolson sets out to explain why these great ancient poems still have so much to say about what it is to be human, to love, lose, grow old and die. ‘The Mighty Dead’ is a journey of history and discovery, sewn together by the oldest stories we have – the Iliad and the Odyssey, which emerged from a time before the Greeks became Greek. As nomadic tribes of the northern steppe, they clashed with the sophisticated cities of the eastern Mediterranean. These poems tell us how we became who we are. We witness a disputatious dinner in 19th-century Paris and Keats finding in Chapman’s Homer the inspiration to travel in the ‘realms of gold’. We go to Bosnia in the 1930s, with the god of Homer studies Milman Parry where oral poetry still thrived; to Spain to visit the possible site of Hades; to Troy, Ukraine, Syria and the islands of the Mediterranean; and to that most ancient of modern experiences, the open sea, in calm and storm. Reflecting on fathers and sons, men and women, on the necessity for love and the violence of warriors, on peace and war, youth and old-age, Homer is the deep voice of Europe, as dark as Mavrodaphne and as glowingly alive as anything that has ever been.

“For all its breadth and fastidious particularity of research, The Mighty Dead is a work of exhilarating enthusiasm. It’s a primer, a travel book, an exorcism, a meditation and a séance. Nicolson simply plunges into Homer, and finds the great poet inexhaustible. It’s a book about what it means (the present tense is correct here because the process is continuous) for Nicolson to encounter Homer as a reader: an experience of wonder digested and communicated in the completest and most generous possible way. To read it is to have a fat pair of Homeric jump-leads attached from Adam Nicolson’s sparking and crackling faculties of appreciation to your own.”

“You don’t have to accept his argument about when the poems were first made to find his book compelling. Although it persuaded me, I have no doubt there are erudite academics ready to demolish it. But even sceptics must find Nicolson’s enthusiasm enriching and his examination of the character of the two epics acute and fascinating. As to his subtitle, one answer beyond the obvious one is clear. Homer matters because he can stimulate books such as this. And The Mighty Dead is a book that should send anyone back to the poems themselves.”

“Nicolson has written a beautiful study: full of insight, generosity and unaffected passion. The writing is exhilarating. This is a book about what Homer means to him and, in some profound way, about what life means to him. There is a wonderful sense of a community of readers of Homer handing on their insights through two millennia – of the dead talking to the living, of the taking up of a conversation that has never quieted.”

“Nicolson illustrates the principles of Homeric versification with reference to the poems he improvises for his own children; his own near-death experience in the Syrian desert colours his understanding of Homeric battle scenes. Less attention is paid to the work of desk-bound academics, and though that makes some of Nicolson’s findings eccentric, it also makes his book a joy to read.”

“Ever since Herodotus, most scholars have thought the poems referred to a golden era around 1300BC… Not the generalist historian Adam Nicolson. He believes the Iliad in particular draws its power and philosophy from a much, much earlier time… The theory is so attractive that I badly wanted it to be right. Sadly, it is not very convincing… No matter: none of this should detract from a superbly written account of the poems. Nicolson has an enviable gift for reading, and handles archaeology, texts and landscapes alike with uncommon sympathy and imagination. Best of all, he allows Homer to talk for himself.”

“…at times Nicolson’s lyrical prose is a bit over-reaching. And he is terribly wrong about Virgil — “the processed and stable maturity of Virgil’s Aeneid”… Still, Nicolson is right about most other things… Nicolson’s close readings are wonderful and his heady romanticism is far more inspirational than any dry academic exegesis.”

“Enjoyable, if at times verbose… Homer, he writes, is “like a beautiful stone, monumentally present, a paternal foundation, large, slightly ill-defined, male and reliable”. This is awful nonsense and parts of The Mighty Dead are overwritten. Beneath the hyperbole, however, is a good book waiting to get out.”

The Mighty Dead: Why Homer Matters by Adam Nicolson The Omnivore