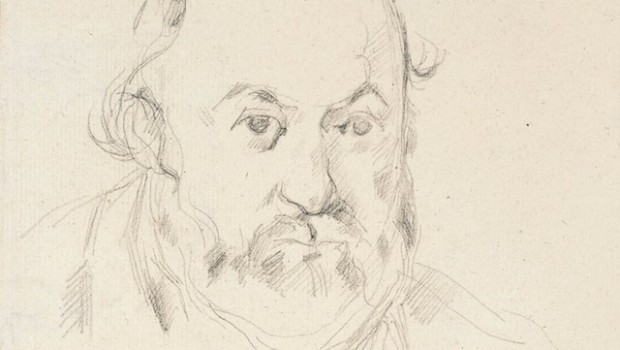 The Letters of Paul Cézanne by Alex Danchev

Blurb: Here is the long-awaited and much needed new translation of the correspondence of Paul Cézanne, known as the father of modern art. The existing collection in English, produced in the 1930s, is dated, inaccurate and incomplete; for this book, Alex Danchev has gone back to the original manuscript letters, clearing up decades of questionable scholarship and producing a fresh, honest and accurate translation. In his introduction Danchev paints a picture of Cézanne as a singular thinker and an uncompromising seeker after artistic truth qualities that shine through in the letters, but that many of his contemporaries failed to appreciate or comprehend. Danchev fills in the gaps here and in his many notes, revealing the mans very human hopes and fears as he strove to harness his sensations and artistic passion. The result is a collection of over 250 letters, written to family, friends, fellow artists and dealers, and encompassing major cultural figures of the late nineteenth century.

“A century on, when mouse mats and mugs are inscribed with the artist’s misanthropic soundbites, Cézanne’s letters surprise by their variety of tone. Self-doubt and torment are there, but also clearsightedness, courtesy, emotional commitment, gentle humour – and thrilling frankness about his creative life. Newly translated by his biographer Alex Danchev into fresh, vivid English that nonetheless conveys the idiomatic, idiosyncratic style – and crucially the politesse – of Cézanne’s French, the complete letters in this volume reveal a multifaceted personality far more engaging than the cranky existential hero of modern myth. They form the most moving correspondence by an artist that I have ever read.”

“Danchev’s textual apparatus doesn’t bombard the reader with scholarship. His witty but frugal annotation sometimes leaves you hanging until he decides the time is right to introduce a name or gloss a reference; you trust him because, as Cézanne’s biographer, he seems to have absorbed everything worth knowing about his subject. He reins in the psychoanalytic criticism of the past — apples really are just apples — and seldom declines the opportunity to tell a good story, even if, as with the one about Rimbaud ejaculating into his piano tutor’s milk, it has nothing to do with Cézanne.”

“…the most riveting portrait of the artist yet… Cézanne’s letters, supported by well-chosen fragments from the letters of significant others, provide a subtle, intimate, oblique account of his life, with as many gaps and silences as a serious, private person working in isolation could wish for.“

“The “runecraft” Danchev exhibits in his interpretation of the taciturn Cézanne’s words is ingenious, and he tracks the artist’s afterlife in modern cultural history with dazzling skill. You discover here, almost incidentally, what Cézanne meant to Samuel Beckett and DH Lawrence, the film-maker Robert Bresson, the composer Pierre Boulez, and the philosopher Martin Heidegger (who thought that his paintings exposed the terror of existence). The publishers have produced an exceptionally beautiful volume – subtly and sumptuously designed, a joy to look at as well as to read. Pages reproducing Cézanne’s handwriting give the letters an almost physical presence, and act as a reminder that painting is a manual art. This is a book you need to hold in your hands: it’s a unique object, inconceivable on a textureless electronic screen.”

“Elegantly translated … they reveal a more rounded image of the man Danchev calls “deeply cultured and deliberately uncivilised” … Although art is a continuous theme in Cézanne’s letters, whether they be to Pissarro, Monet or his dealer Ambroise Vollard, he rarely discussed in them his theories about painting. When he did it was in a series of nine letters written at the end of his life to the admiring young artist Emile Bernard. It was to Bernard that he addressed his famous aphorism, that painters should “treat nature in terms of the cylinder, the sphere and the cone, everything put in perspective”, and that the “diversity of the scene offered by nature” should be the “real, prodigious study” of the artist.”

The Letters of Paul Cézanne by Alex Danchev The Omnivore