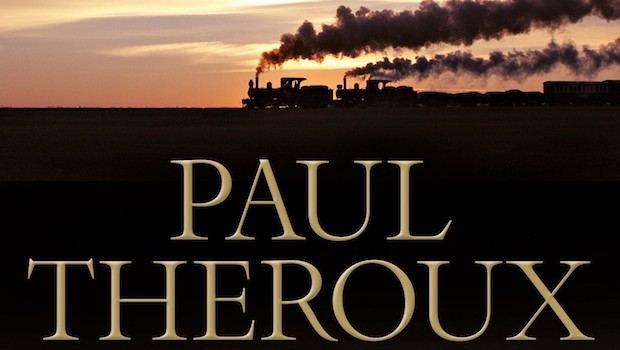 The Last Train to Zona Verde: Overland from Cape Town to Angola by Paul Theroux

Blurb: Following the success of the acclaimed Ghost Train to the Eastern Star and The Great Railway Bazaar, The Last Train to Zona Verde is an ode to the last African journey of the world’s most celebrated travel writer, Paul Theroux.

‘Happy again, back in the kingdom of light,’ writes Paul Theroux as he sets out on a new journey though the continent he knows and loves best. Having travelled down the right-hand side of Africa in Dark Star Safari, he sets out this time from Cape Town, heading northwards in a new direction, up the left-hand side, through South Africa and Namibia, to Botswana, then on into Angola, heading for the Congo, in search of the end of the line. Journeying alone through the greenest continent in what he feels will be his last African journey, Theroux encounters a world increasingly removed from both the intineraries of tourists and the hopes of post-colonial independence movements. Leaving the Cape Town townships, traversing the Namibian bush, passing the browsing cattle of the great sunbaked heartland of the savannah, Theroux crosses “the Red Line” into a different Africa: “the improvised, slapped-together Africa of tumbled fences and cooking fires, of mud and thatch”, of heat and poverty, and of roadblocks, mobs and anarchy. A final African adventure from the writer whose gimlet eye and effortless prose have brought the world to generations of readers, The Last Train to Zona Verde is Paul Theroux’s ultimate safari. (Hamish Hamilton)

“The Last Train to Zona Verde is a riveting, chilling read, one that outlines a reality that sometimes seems more like the apocalyptic fiction of writers such as Cormac McCarthy. Certainly, Theroux notes that the horrors now unravelling in Africa – dwindling resources, enveloping slums, spreading starvation and slaughtered wildlife – are happening on other continents, albeit with greater subtlety. Old Africa hands may quibble with Theroux’s sweeping dismissal of the continent’s prospects. But as a wake-up call (and possibly the author’s travel-writing swansong), The Last Train to Zone Verde is an uncompromising, unsettling work.”

“More self-aware than usual, he also seems more despondent about his own project, about urban Africa, and about travel writing generally — an art of surfaces that can still say more sometimes than the inside view … Theroux still does all this inimitably, and more, getting better the more detours he takes. It’s a shame to see him laying down his notebooks here, unwilling to go on.”

“… the book really comes alive when Theroux starts suffering himself … where does it leave travel writing? If the miserable, difficult places are now so uniformly grim as to be mundane, is their chronicler redundant? Theroux admits it’s no longer a job for him, but insists there are stories left for someone else. Nevertheless, the profession is certainly not the glamour gig it once was.”

“This latest one has some of the same faults as Dark Star Safari, including the sweeping overstatements (Cape Town is not the only city in Africa to aspire to grandeur) and generalisations about Africa and Africans: imagine how annoying it would be to read a book set in England where the natives are constantly referred to as Europeans. And yet it is hard to put down The Last Train to Zona Verde, for no other reason than for its core of brutal honesty, about the author himself as much as about the places he visits.”

“He used to travel, he writes, with ‘no idea where I was going, but it was a joy to be on the move’. Paul Theroux has lost that joy and without it his writing loses much of its magic. The Last Train to Zona Verde is nevertheless a tale worth heeding. But no longer does one relish the company of an observant, knowledgeable guide; instead one travels with an embittered and introspective old cynic who cannot wait to get home.”

“Theroux’s peevish mood lifts occasionally — on an ­elephant-back safari in the Okavango Delta and during a serendipitous meeting with three “birdlike and beautiful” teenage girls who have just finished an efundula, or initiation ceremony, in rural Angola. Yet much of this trip is a dispiriting slog through squalid bus stations and urban slums, enlivened by Theroux’s vivid evocations of misery as well as by his moral outrage.”

“… he admits early to a lack of urgency on this expedition. That uncertainty is reflected in a staccato first half, flitting incoherently from slums to safari lodges … His notebook only springs convincingly to life at the Angolan border … You can’t fail but be impressed — or depressed, as he grinds through “another African city, another horror”, slogging and sweating towards the realisation that this “slow, wearisome trip” was “going flat”.”

“What I as a journalist find frustrating about Theroux as a traveller, is that I — having visited the bad places and talked to destitute people — would seek out those responsible for the poverty and neglect, the president and ministers, and put the tough questions to them. Even though you will probably not get a satisfactory answer, they can never say they weren’t told and you can never say you never asked. I would love to see Theroux take on the dictators and their lackeys he despises so deeply.”

“The rhetoric is so offensive and plain bizarre to anyone making her or his life in “Africa” that I had no option but to pretend that we were in a different genre, to keep imagining the book as a comic novel with a deliberately unlikeable narrator … this is a book I would recommend only as a teaching aid or to someone interested in tracking the final sub-Conradian wreckage of a genre, rusting away like the hulks of tanks that so fascinate the narrator along the roads in Angola. It is imbued not just with the narrator’s old age but the senescence of an entire genre.”

The Last Train to Zona Verde: Overland from Cape Town to Angola by Paul Theroux The Omnivore 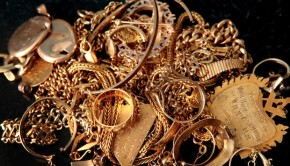 War and Gold: A Five-Hundred-Year History of Empires, Adventures and Debt by Kwasi Kwarteng →