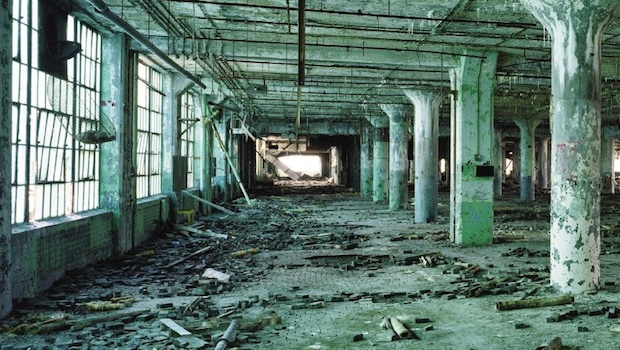 The Last Days of Detroit by Mark Binelli

Blurb: By the end of the nineteenth century, Detroit, founded by the French as a fur-trading post, was thriving. In 1913 Henry Ford began mass-producing cars at his Model T plant, transforming the area into the Silicon Valley of its day.

By 1920 it was the fourth largest city in America and by the mid-1950s General Motors had become the single biggest employer on earth. Here indeed was ‘the most modern city in the world, the city of tomorrow’. But by the time Berry Gordy founded Motown Records in 1960 – thereby creating twentieth-century Detroit’s other great assembly line – the cracks were already beginning to show: big industry was looking elsewhere for cheaper sites, cheaper labour and better tax breaks; urban planning was in meltdown; corruption was rife; racial tensions were running high. The 1967 riots – at the time the worst in US history – left 43 dead, more than 7,000 arrested and 3,000 buildings destroyed. Detroit, a former beacon of the capitalist dream, had degenerated into an urban wilderness where unemployment ran at 50 per cent. With more guns in the city than people, the murder rate was the highest in America – three times that of New York. Mark Binelli returned to live in his native Detroit after a break of many years. He tells the story of the boom and the bust – and of the new society to be found emerging from the debris: Detroit with its urban farms and vibrant arts scene; Detroit as a laboratory for the post-industrial, post-recession world. Here’s what an iconic rust-belt city now looks like and how it might transform and regenerate itself in the twenty-first century.

“Binelli — a journalist with Rolling Stone magazine — is not only a native son of Detroit, but also an acute and canny observer of its bracing dilapidation … This is a clever, endlessly inventive, passionate tour through the most down-and-out, yet still plausibly possible of Amercan cities. Like any smart observer, Binelli moves beyond urban decay clichés and has written a searching account of life in a city that embodies all the manic energy and manic failures of a nation that still dismisses its mendicant underside as a sort of character flaw.”

“This book could easily be an epitaph, but Binelli finds green shoots of optimism sprouting up amid the detritus .. Residents of Detroit apparently have come to resent the voyeurism of photojournalists, and perhaps it is sensitivity on Binelli’s part that is responsible for the absence of any photographs of Detroit’s most celebrated ruins. It is a curious omission in an otherwise excellent book.”

“Nuanced and persuasive … The city is now 85 per cent African-American, “run entirely by a black political elite”. Binelli is a 42-year-old Italian-American with left-liberal leanings, and is firm but fair in documenting this elite’s shortcomings and extreme administrative challenges. Yet he is more interested in portraiture than polemic, and the book’s second half settles down into a series of delicately-drawn studies of life among the ruins.”

“His account is often mesmerising in its shocking detail and there is a subtext with unsettling resonances for us all. Whether central London will ever be given over to agriculture is moot, despite gathering intimations of a lost decade for the British economy. Even so, Detroit’s fate is an ominous harbinger of what could be in store for many Western metropolises, as manufacture and finance shift inexorably over to the emerging superpowers of Asia.”

“It is a story of extremes, mapped out by a restrained, clear-headed guide who loves the city as much as he is baffled by it. The book is sprawling in parts as befits its subject, and the most enthralling parts are the most journalistic, not least Binelli’s detailed delineation of a double murder that shocks in its grisly details, but that went all but ignored by every other reporter in town.”

“Some of the detail of local politics may lose a British reader, but this is a story told with vitality, wit and affection. Perhaps in his analysis of Detroit’s rise and fall Binelli owes a larger debt to Jane Jacobs’s seminal 1961 work, The Death and Life of Great American Cities, than he acknowledges, but the reader cannot fail to be moved by his conclusion, rooted in Detroit’s own motto, speramus meliora. We hope for better things.”

“…he charms the reader, showing his work in footnotes and asides but still playing the tongue-tied non-expert … That ingénue’s approach can grate at times, particularly when Binelli is up against the auto industry‘s professional spinners or the city’s slippery politicians. But elsewhere it succeeds in bringing out angles on Detroit that at least this casual observer hadn’t heard before … In the end, though, the book’s chapters succeed or fail on the back of the people inhabiting them.”

“…his analysis is consistently weighed down by an outsider’s love of symbol and a narrative journalist’s love of the Meaningful Vignette. This means the book feels like a collection of articles, never quite cohering into a larger argument. One gets the feeling that the textural details — the abandoned blocks, the bare prairies, the casual horror of crime — interest Binelli far more than the development of an overarching idea.”

The Last Days of Detroit by Mark Binelli The Omnivore