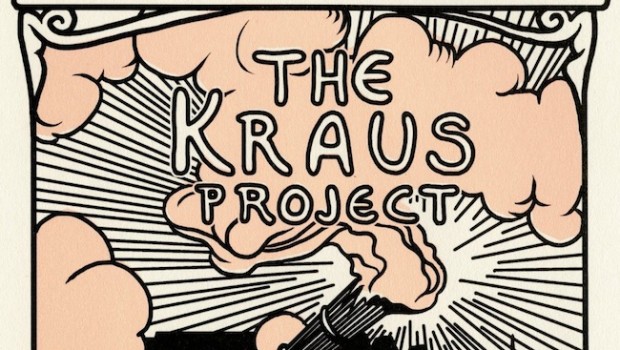 The Kraus Project by Jonathan Franzen

Blurb: A great American writer’s confrontation with a great European critic – a personal and intellectual awakening.

A hundred years ago, the Viennese satirist Karl Kraus was among the most penetrating and prophetic writers in Europe: a relentless critic of the popular media’s manipulation of reality, the dehumanizing machinery of technology and consumerism, and the jingoistic rhetoric of a fading empire. But even though his followers included Franz Kafka and Walter Benjamin, he remained something of a lonely prophet, and few people today are familiar with his work. Thankfully, Jonathan Franzen is one of them.

In ‘The Kraus Project’, Franzen not only presents and annotates his definitive new translations of Kraus, with supplementary notes from the Kraus scholar Paul Reitter and the Austrian writer Daniel Kehlmann. In Franzen Kraus has found his match: a novelist unafraid to voice unpopular opinions strongly, a critic capable of untangling Kraus’s often dense arguments.

Painstakingly wrought, strikingly original in form, ‘The Kraus Project’ is a feast of thought, passion and literature.

“The Kraus Project is tremendously readable and is refreshingly sceptical of the cult of digital cool. Franzen’s prose has an appealing briskness and polemical force, quite different in style from the high burnish of his long, deliberative, multi-layered literary novels. And I like its fragmentary structure and the way it liberates Franzen to roam from one subject to another – from discussing the origins of the word feuilleton, say, to the “coolness” of Joachim Löw, the German national football coach. The techno-zealots will hate the book, if they bother to read it – Franzen is already being loudly denounced on Twitter – but as an exercise in controlled rage and as a celebration of and introduction to Karl Kraus it works just so.”

“For his detractors, there is plenty here to find intolerably snooty. He moans, for example, about journalists enjoying free food and drink, and takes a predictable pop at the click-obsessed commercial internet. The book can also feel obtuse —  as when he writes about how tricky it is to translate and understand Kraus at the start of a 318-page book all about translating and understanding Kraus. But, despite this, Franzen is still saying something important. Also, Kraus can be a joy. Take his ­deliciously catty description of travel writing, about how easy it is to bring flair to places readers haven’t seen. You can understand why Franzen likes him, and he sees a dearth of such elegance today. He blames this on “so many food fights to follow on Twitter”. This is a call to arms. He wants writers to log off.”

“His overarching points are valuable and well made … But this book’s series of drive-by pea shootings (he pings Salman Rushdie for condescending to tweet) are beneath him … To watch him lean down and mess with Gawker, or with the Twitterati, is like watching a hedgehog stop to lecture a field full of foxes — Why, you’re living all wrong, you slinky omnivores — and being eaten in the process, his ribs used as toothpicks. ”

“Why didn’t Franzen just write an essay about Kraus instead? Perhaps we have this translation-essay hybrid simply because he wants to deliver a little-read author to us directly. But the best essays about literature do something better than forcing a writer upon us, they make us want to go out and find their work ourselves. Franzen can do infectious enthusiasm, as his essays on Alice Munro and Donald Antrim show. Here he administers Kraus to us like some kind of medicine, with intermittent apologies for the bad taste. That The Kraus Project fails to do justice to Kraus or to Franzen’s own views is our loss.”

“The cover rather mischievously lets you think it might be a new novel by Jonathan Franzen. It is actually four essays by an almost unreadable Austrian satirist called Karl Kraus. On facing pages, the original German is translated into faithfully unreadable English by Franzen … Franzen has many good points to make about the slavish way we volunteer our personal information to make money for big internet corporations, but as the rants intensify and the froth flies, he loses nuance, and with it sympathy. It’s hard not to roll eyes as he rages and makes dubious assumptions.”

“…a self-indulgent farrago… This straining for relevance, this hijacking of a 1910 Austrian essay about a 19th century German poet, might be intended as a post-Barthesian experiment, a way of examining the issues of authorship, ideas, intent and form. My bet though: it’s just Franzen showing off.”

The Kraus Project by Jonathan Franzen The Omnivore