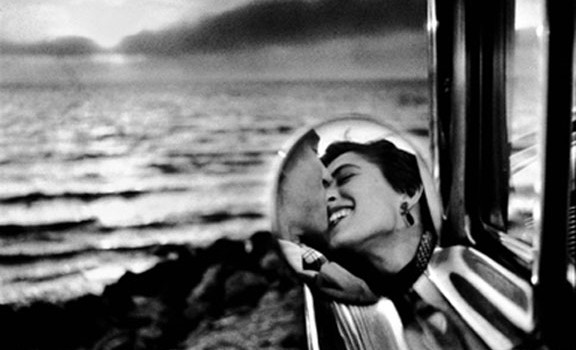 The Infatuations by Javier Marías

Blurb: Every day, Maria Dolz stops for breakfast at the same cafe. And every day she enjoys watching a handsome couple who follow the same routine. Then one day they aren’t there, and she feels obscurely bereft. It is only later, when she comes across a newspaper photograph of the man, lying stabbed in the street, his shirt half off, that she discovers who the couple are. Some time afterwards, when the woman returns to the cafe with her children, who are then collected by a different man, and Maria approaches her to offer her condolences, an entanglement begins which sheds new light on this apparently random, pointless death. (Hamish Hamilton)

“There are passages on almost every page that cry out for quotation. This may be a literary and metaphysical fiction, but it’s never boring. Marías plays with perception, memory and guilt like a toreador. With every flourish of his literary cape, the enthralled reader is never allowed to forget that, in the end, the author will make a killing. Just as Macbeth is a thriller that’s also a great tragedy, The Infatuations is a murder story that’s also a profound study of fatal obsession.“

“Marias is less interested in telling a story – though there is always a story being told – than in extracting the significance of what is said, thought, supposed, imagined, and the relation of these things, of gestures also, to what is happening, has happened, or seems to have happened. He writes with restraint. “It is more horrifying,” he once said, “when something is insinuated” – rather than being thrown in your face. His novels are voyages of discovery – for himself first then for the reader. He finds out what he is writing about by writing it.“

“This constant backgrounding of drama in favour of ­theory can get a bit much, as can Marías’ style, which favours tremendously long sentences, hooked together by multiple commas, which pile clause upon clause, sometimes 20 or 30 of them without a full stop – though sometimes dashes crop up – to break their tumble down the page, a habit that can be rather hypnotic, but can also tell on the patience of the reader … But neither the defiantly cerebral cast of Marías’ prose, nor this demanding prose style, prevent The Infatuations from gripping the attention.“

“The Infatuations is a metaphysical exploration masquerading as a murder mystery. The narrator, the widow and the best friend spend much of the book engaged in conversation, or imagined conversation, or recollected conversation, living simultaneously in a past both real and fantasy, tinged with nostalgia and regret, and a future imbued with suspicion and impossible hopes. The truth is slippery. There is action: but the killing will have taken place in the past, as will the love-making. Head-clutching stuff, but quietly addictive.“

“Steeped in the literature of his continent – the complex morality of Balzac’s Colonel Chabert, Dumas’s The Three Musketeers and Shakespeare’s Macbeth are minutely dissected – Marías’s novel is also a riposte to the relentless pacing of genre fiction. For as well as paring down the form he has extended it, telescoping time in such a way that he can articulate the moral and ethical assumptions that inform our seemingly intuitive decisions. Whole chapters are devoted to thought processes a few seconds long …“

“Put like this, Marias’s may sound a rather philosophical, continental approach to novel-writing — and his style, it is true, is discursive and ­cerebral after the manner of Milan Kundera or Jose Saramago. But there is another dimension to his writing: his intimate but ambivalent relation to English life and literature … Marias has absorbed into his creative bloodstream two characteristically English genres that give full vent to his fascination with masks and detection: the spy novel and the murder mystery.“

“… a reading experience that is sometimes urbanely sensual – one of María’s most brilliant riffs in the novel is an expanded meditation on the various implications of appearing with or without a bra in front of a stranger – and sometimes abstractly philosophical; or, maybe more precisely, sensual and philosophical, simultaneously.“

“Marías burrows deep inside the heads of his narrators, giving the reader a bumpy, brilliant ride through monologues in which it can be hard to tell what is said out loud between characters and what is internal stream of consciousness – or, at a further remove, what is merely conjecture, a narrator’s re-imagining of how the conversations or thoughts of others might play out.“

“Marías is an old hand at hoodwinking the reader, layering his novels with plots that seem, each one, final, but then suddenly blossom into something unexpected. In The Infatuations, Marías may have been thinking of Macbeth’s address to the witches: “If you can look into the seeds of time,/ And say which grain will grow and which will not,/ Speak then to me.” Neither the reader nor the protagonists are capable of such foresight, but the clear knowledge that every event, however minuscule, might develop into a sprawling web of roots and branches, lends every detail in the novel (as it does in detective fiction) a possibly dangerous meaning. “

“Plotted with tremendous skill and elegance, this cerebral tale is entirely absorbing.“

“The Infatuations is not Marías’s greatest novel: the tale is slighter than in others and the set-piece tours de force not so exciting. There is less humour, too, despite several fine scenes. The novel is pleasurable in its rhythm and in the voice, with its insights and doubts. Few writers catch so well the inner rhythms of a – neurotic – person’s mind.“

“Writers learn to ‘show, not tell’, but this is the opposite: it’s all telling. Speech is the action. Even the eroticism turns on María watching Javier’s mouth move as he talks … The story does progress, but with lengthy digressions that seem designed to kill off any tension. ‘I try the reader’s patience on purpose,’ Marías has said. He’s not interested in narrative arcs or the suspension of disbelief. Even when one character ‘urgently’ wants to see another, the concept of urgency is examined and dissected to the degree that it is quite impossible for the reader to feel the pressure of that urgency any more.“

The Infatuations by Javier Marías The Omnivore