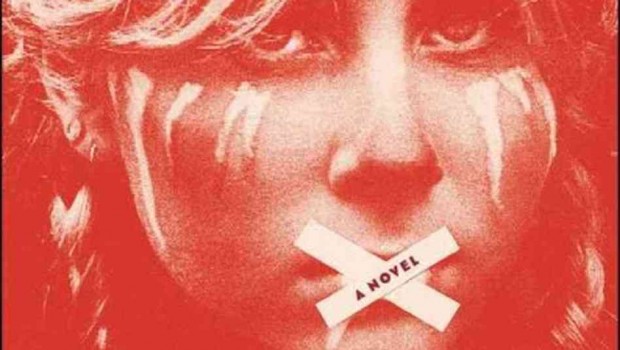 Blurb: The year is 1977 and Reno – so called because of the place of her birth – has come to New York intent on turning her fascination with motorcycles and speed into art. Her arrival coincides with an explosion of activity in the art world – artists have colonised a deserted and industrial SoHo, are squatting in the East Village, and are blurring the line between life and art. Reno meets a group of dreamers and raconteurs who submit her to a sentimental education of sorts. She begins an affair with an artist named Sandro Valera, the semi-estranged scion of an Italian tyre and motorcycle empire. When they visit Sandro’s family home in Italy, Reno falls in with members of the radical movement that overtook Italy in 1977. Betrayal sends her reeling into a clandestine undertow. (Harvill Secker)

“This is a book supercharged with ideas – futurism, fascism, Autonomia, industrialisation, American land art, pornography – but Kushner’s greatest feat is to pull off an overarching radiant coherence without anything ever feeling pat. It’s deeply satisfying, too, that a novel so engaged with radicalism doesn’t feel the need to experiment radically with form. A formally conventional narrative that’s imaginatively incendiary, it makes any fretting over the state of the novel look plain silly.”

“ Kushner’s title implies the kind of political equivalence that might amount to a Flaubertian ironic nullification, a nihilistic cynicism beyond politics—decades of similar rapacity, playacting, art-making, and anarchistic “offense,” all of it subsumed within the titular “flamethrowing.” Kushner, though, is anything but politically cynical, and her novel is an achievement precisely because it resists either paranoid connectedness or knowing universalism. On the contrary, it succeeds because it is so full of vibrantly different stories and histories, all of them particular, all of them brilliantly alive.”

“One of the best things about this book, though, is how much it gets out of Reno’s own head. The dialogue pops; many of the best observations are doled out to supporting characters … Roy Orbison’s hair is “black as melted-down record vinyl.” Then there’s the moment at a dinner party when a man begins to sob, and a woman says: “Come on, Stanley. You devalue the tear when you do this. You really do.” This is the sound of a writer who loves to hear people talk.”

“Kushner’s book blends the Bildungsroman with the picaresque. Reno is swept along by events beyond her control. But every derailment accelerates her education, driving her nearer to reality. Her trajectory takes her through a series of male-dominated milieux. Again and again, she is betrayed and abandoned by men.”

“It is too bad … that so much of the novel depends on the lovers, Sandro and Reno. Their romance, sadly, is a rather dyspeptic affair, mysterious in the way all love is mysterious … The vivid specificity and authority Kushner demonstrates over the rest of her material saves the day. Her secondary characters, and especially her crowd scenes — whether it’s the chaos of a blackout in Times Square or the melee of a protest spiraling out of control in Rome — are meticulously rendered, giving us both the discrete and the aggregate experience with perfectly modulated precision.”

“Reno is an unobtrusive narrator, often naive, frequently passive, ceding the rhetorical floor to a succession of brilliant, funny and pretentious (mostly male) orators. Nevertheless, it is her story and, despite the pervasive chauvinism, she drives it. There is something of Henry James’s Isabel Archer in her, beset by suitors, determined to make her own way … From New York to Milan, Reno is surrounded by dissimulators: artists “performing” their own lives, unfaithful lovers, undercover operatives. She alone seems to crave a way of breaking through the complicity, deception and irony that entangles those around her. As in much of the best recent American fiction, Reno is a character struggling to find a way of being sincere.”

“The Flamethrowers is a strange, fascinating beast of a novel, brimming with ideas, and sustained by the muscular propulsion of Kushner’s prose. But in its latter stages, it eventually begins to sink under its own weight. Crucial turning-points in the narrative come too late to have much effect. The characterisation, too, is sketchy and episodic — Reno’s New York swarms with countless characters — meaning you’re never fully drawn into anyone. And Reno’s own story becomes rather one-note: an aspiring outsider ­trying (unsuccessfully) to insinuate herself into a wealthy family and New York’s perfidious art scene.”

“Kushner isn’t only a novelist. She is also a regular contributor of sharp criticism to such free-thinking American publications as Artforum, and however good her stories and sparkling her prose, she has other aims in her novel too. Its subject is inequality – economic, social, sexual – but the art world, with its attendant performances, is always there to complicate it. Politics and art are always connected in The Flamethrowers: they complement and resist each other, and they do so, crucially, in a story that focuses on a young woman, an artist in her early twenties, whose defining characteristic is that she is impossible to pin down.”

“For all her professed love of speed, Reno makes for a surprisingly passive observer of events; swamped by the larger-than-life characters that surround her, and enmeshed in the rivalries and one-upmanship of her fellow artists. ‘I’d been listening to men talk since I arrived in New York City,’ she later comes to realise. Kushner mocks but also revels in these extended riffs on artistic authenticity, free expression and revolution … Sparky and inventive, this feels like a riot of a novel – although not necessarily one with a particularly focused agenda.”

“Kushner can make each member of her large cast of oddballs come alive in a sentence. To be told of one artist that “an auburn beard tumbled down his chin like hillside erosion” makes him spring fully-formed into existence in your mind’s eye. This is a deeply intelligent and engaging novel that uses all the virtues of old-fashioned storytelling to celebrate the triumphs and absurdities of new-fangled art.”

“Kushner seems to be suggesting that tricksy, anti-realist literary devices are now as historic as 1970s radical politics. The modern novelist must adapt accordingly, perhaps by attempting an alchemy similar to the one Reno improvises in an artwork: “It was half art and half life, and from there, I felt something would emerge.” But the “something” doesn’t emerge. Instead, the joins show. The clunking mechanics of realism – Reno feeling compelled to explain that Il Sole 24 Ore is “Italy’s version of the Wall Street Journal” as though morphing into a tour guide – seem to clunk all the louder. A series of anachronisms … highlight the inexpertly glued links between the invented and the real. The Flamethrowers is caught between two competing literary ideologies.”

“It’s an estranging first-person narrative with minimal plot and scant emotional range. There are other stories to break it up, but the tough, third-person documentary-style chapters about Valera, founder of the Moto Valera company, do little to kiss it into life. Throughout, Kushner’s gifts as a poet war with the more practical intentions of the novelist – like perfectly rendered pearls in a life-size portrait, her specificity draws the eye too close and muddles the focus on the whole. “