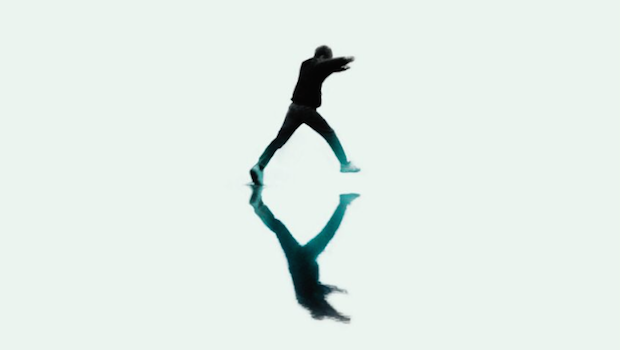 The Children Act by Ian McEwan

Blurb: Fiona Maye is a leading High Court judge, presiding over cases in the family court. She is renowned for her fierce intelligence, exactitude and sensitivity. But her professional success belies private sorrow and domestic strife. There is the lingering regret of her childlessness, and now, her marriage of thirty years is in crisis. At the same time, she is called on to try an urgent case: for religious reasons, a beautiful seventeen-year-old boy, Adam, is refusing the medical treatment that could save his life, and his devout parents share his wishes. (Jonathan Cape, August 2014)

“it is McEwan’s fidelity to particularising the general and generalising from the particular which makes him so absorbing, and even though the plot has a formulaic aspect which might have come straight from HBO’s The Good Wife, he does not disappoint, largely because his unostentatious, plate-glass prose gives us the illusion of looking into rather than at his character’s lives.”

“As compact, focused and elegant as one of Fiona’s own judgments, The Children Act sticks by and large to her perspective. Adam, whose antic neediness harks back to the obsession theme of Enduring Love, is a touching but sporadic presence. The book moves to the rhythms of her mind … ”

“It’s one of the achievements of the novel that it never confines itself to a single unhappiness, but fans outwards into collective family sorrow. Fiona comes to this conclusion: “Kindness, the Family Division daily proved, was the essential human ingredient.” Yet, as McEwan keeps showing, kindness is complicated. He keeps us tensely guessing – everything hingeing on Fiona’s decision about the boy.”

“Poetry, like law, is one of the principal ways human beings make sense of the human condition. Can the law learn from “literature”? Yes, The Children Act joins Bleak House in asserting. Not every lawyer would sign up to it, I suspect. Look deep into any worthwhile work of fiction and, chances are, you’ll find a bruise. McEwan acknowledges in his afterword that his novel originates in his own parental custody trials (in both senses of the word) 20 years ago. He’s turned that pain into a quite beautiful work of fiction.”

“McEwan may be an atheist, but unlike his late friend Christopher Hitchens, he’s a great novelist, not a great polemicist, and he knows that there can be no tension — no art — if Adam and his parents are reduced to ignorant Bible-thumpers clad in what Hitchens called the “heavy coat of ignorance and fear.” Fiona reflects her creator’s fair regard for these Witnesses … In the end, McEwan arrives at the same conclusion Hitchens left behind, but there’s no stridency in these pages, which glide from one quietly perfect sentence to another. The Children Act doesn’t enact the happy triumph of humanism. Instead, it recognizes how fragile we all are and how cautious we should be about disrupting another’s well-ordered universe.”

“While McEwan might have worn his legal learning a little more lightly, Fiona’s judgement upon Adam sends the novel and her relationship with the boy spinning off into an entirely unexpected direction, fascinating, ambiguous and just on the right side of plausible. What is frustrating is that our knowledge of Adam is mediated through Fiona. “

“This short novel does a particularly hard thing: It chronicles the recalibration of a 30-year marriage after it has fallen out of balance. Each of the two people strays to fulfill a need they don’t share and the story resolves in a conversation after an amateur musical performance, in an homage to Joyce’s “The Dead.” While Jack wanted to have an affair, he realizes his wife has fallen in love.”

“This determination, to import inside the story some of the heft of complicated facts and sustained argument, ought to be worth the effort. There aren’t enough contemporary novels that take work seriously, or take argument seriously. But the digressions make the flow of life inThe Children Act feel oddly halting, and, although the plotting is intricate, there’s nothing in the writing of Fiona’s private life that is as interesting as the legal arguments.”

“The narrative picks up when Mr. McEwan turns his attention to the developing relationship between Fiona and Adam. Mr. McEwan did an inspired job of depicting Briony, the teenage girl in “Atonement” whose impulsive lie results in the shattering of her family, and here he delineates Adam with acuity, capturing the boy’s intelligence, naïveté and instinct for self-dramatisation.”

“You’re witnessing a performance rather than submitting to a piece of storytelling. The writer’s hand is always there: you’re aware of McEwan’s workmanlike crisscrossing of his themes – parenting, moral responsibility, the austerity of law and messiness of life, the moving power of art (the boy’s poetry; Fiona’s piano-playing) and so on. It never descends to being a thesis novel, but you’re definitely conscious of McEwan moving the pieces around on the chessboard.”

“The fragile marriage is viewed intermittently – and thereafter by and large from Fiona’s standpoint – never in empathetic complexity … The centrality of Fiona in its unfolding provides the novel with strength of unity, but it sacrifices suspense. Whilst the story engages, it doesn’t quite grip. A final passage describing a music recital in which Fiona stars, contains several stretches of McEwan’s most ardent and best forgotten prose. It’s a juddering end to what is a largely consummate act.”

“Fiona’s cool rationality, which she has learnt to extend to her private life, may be one of the reasons it is hard to warm to her, and to feel the full depth of her pain. What you do feel, powerfully, is the terrible responsibility she bears. The real imaginative feat of this novel, as in a number of McEwan’s novels, lies less in individual characters than in an evocation of a professional and intellectual world.”

“The more significant problem for The Children Act is that McEwan doesn’t do his traditional thing with the suspense and the horror, but neither does he manage convincingly to shake off his old habits. It reads like 1990s McEwan, watered down, with the plotting conducted in a minor key … But as is often the case in later McEwan, the passing observations, the obiter dicta, are more nourishing than the overall narrative thrust.”

“Like the court, which “takes no view” on the question of faith, McEwan wants to present himself as an objective and neutral guide to the principles at stake. Yet he can’t resist drawing attention to the absurdity of “supernatural” beliefs; can’t help but comment on “Islam’s war with itself”; can’t help but present reason, art and secular humanism as ways of saving those afflicted with the great disease – religion – from themselves. It’s not that he paints the devout as nutters – Adam and his parents are articulate, reasonable and likeable – but that the base assumptions on which his fiction rests are those of an implicit and shared secular reasonableness.”

“Of course, it’s impossible to disagree with McEwan’s contention that in a civilised society, the well-being of children must outweigh their parents’ religious convictions. None the less, if a novel is structured like a debate, the writer should surely at least try to give the other side some good lines – as McEwan did for the pro-Iraq War case in Saturday or climate-change scepticism in Solar. In The Children Act, there’s no sense that religion is anything but an Aunt Sally.”

“A newcomer to McEwan will find little here to indicate why his reputation as a storyteller is so tremendous. There is no dazzling opening scene, as in the balloon crash in “Enduring Love,” or fabulous set piece, as in the evacuation from Dunkirk in Atonement. There is none of the humor of Solar, or the wonderful wicked perversity of The Cement Garden and First Love, Last Rites. The novelist has never been as nakedly polemical as he is here.”

“Perhaps the highly improbable plot developments towards the end are an attempt to flesh out the material, to introduce urgency, epiphany, meaning. Perhaps the unconvincing parallel story, in which Mr Maye announces that he is planning an affair, is meant to bring warmth to the frosty Fiona and engage the reader’s sympathy. If such were the case, we could forgive this favourite writer one disappointing outing. But there is worse, in style as well as content. On a sentence-by-sentence basis, the writing is poor, the characterisation scant and lazy.”

The Children Act by Ian McEwan The Omnivore