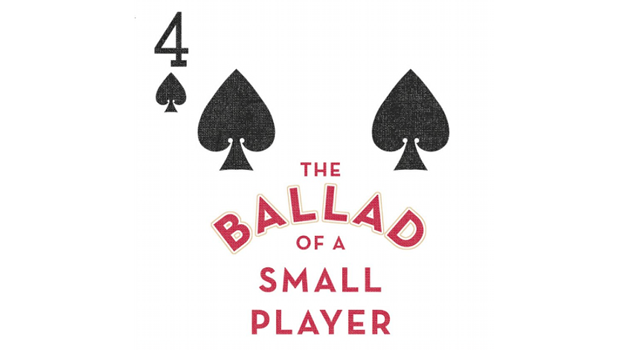 The Ballad of a Small Player by Lawrence Osborne

Blurb: ‘I waited patiently for the next hand to be played out, and I had a feeling it was going to be a Natural, a perfect nine.’ His name is Lord Doyle. His plan: to gamble away his last days in the dark and decadent casino halls of Macau. His game: baccarat punto blanco — ‘that slutty dirty queen of casino card games.’ Though Doyle is not a Lord at all. He is a fake; a corrupt lawyer who has spent a career siphoning money from rich clients. And now he is on the run, determined to send the money – and himself – up in smoke. (Hogarth, April 2014)

“The Ballad of a Small Player is a short novel, but in its small space it manages to be even more atmospherically gripping and morally hazy than The Forgiven. Where that novel was driven by the excitement of a moral thriller, The Ballad of a Small Player evokes, very differently, the spectral, tenebrous mood of John Fowles’s The Magus or Arthur Schnitzler’s Dream Story. The most exciting thing about this slippery, deceptive novel is that, right up until its last page, you are left deliciously uncertain as to exactly what kind of story you are reading.”

“The Ballad of a Small Player forgoes Osborne’s gifts of social satire but retains his sense of dread and gift for gimlet-eyed metaphor: that old crone’s face “like an overripe peach, furred and uneven”; a gambler on his way to the table “like a raccoon on its way to a Dumpster”; a casino interior like “some Hans Christian Andersen fairy palace imagined by a small child with a high fever.” That’s not a bad description of the book itself, a vivid and feverish portrait of a soul in self-inflicted purgatorio.”

“Osborne’s novel is a brisk, electrifying read, as elegant in negotiating the rackety world it depicts as its bow-tied narrator. It offers a love story of sorts, an account of addiction, a black comedy of (largely bad) manners and a fly-on-the-roulette-wheel portrait of Macau’s fantastically kitsch casinos. The most ambiguous, and therefore the most enjoyable, kind of ghost story, the book clutches its central enigmas hard to itself. A second reading reveals quite how cannily Lawrence Osborne has set rational and supernatural interpretations against each other, as he turns the screw on his readers. Even then, The Ballad of a Small Player remains elusive, and is all the better for that.”

“Lawrence Osborne’s novel is a bleak and enjoyable account of someone who, perhaps through unacknowledged guilt, finds bitter solace in losing and in driving himself towards extinction. Narrated in an urbane, knowing, faintly old-fashioned tone, the story moves from one garish setting to the next, with the deliberately repetitive scenery building a plausibly awful picture of the gambler’s life of soulless grind.”

“The beauty of this novel is in the elegance and precision of its prose, which renders the glaring kitsch of Macau into a series of exquisite miniatures, and draws on Osborne’s reserves as a travel writer. The problem is that, apart from Doyle himself, there is no one else in the novel of much interest – the casino staff, the expat colleagues, the remembered family and friends back home: none of them comes to life with any conviction.”

“Like Bond this is, in part, a book about Englishness. The Englishness here, however, feels outdated and stereotypical — the literary equivalent of letterboxes and tweed. Does anyone seriously quote Cecil Rhodes any more? Or say “frisky old bird”. Or “spiffing chap”? There is, without a doubt, mileage to be had in this rehashing of Englishness. Flashman did it. Mark Gatiss has done it. But it has to be done with wit or it not only feels nasty it also — a far worse literary sin — feels dull.”

The Ballad of a Small Player by Lawrence Osborne The Omnivore 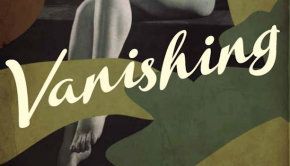