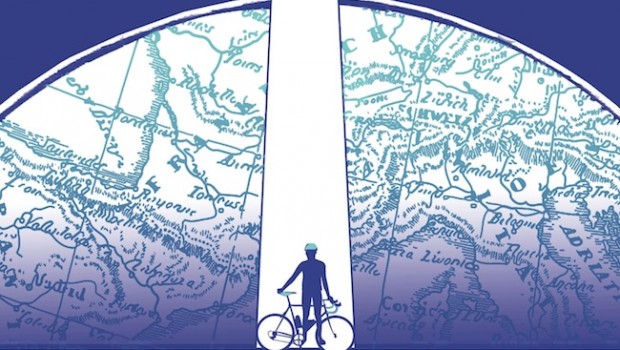 The Ancient Paths: Discovering the Lost Map of Celtic Europe by Graham Robb

Blurb: The idea that became this book arrived one evening like an unwanted visitor. It clearly expected to stay for a long time, and I knew that its presence in my home would be extremely compromising. Treasure maps and secret paths belong to childhood. An adult scholar who sees an undiscovered ancient world reveal itself, complete with charts, instruction manual and guidebook, is bound to question the functioning of his mental equipment . . .

When Graham Robb made plans to cycle the legendary Via Heraklea, he had no idea that the line he plotted – stretching from the south-western tip of the Iberian Peninsula, across the Pyrenees and towards the Alps – would change the way he saw a civilization. It was an ancient path that took him deep into the world of the Celts: their gods, their art, and, most of all, their sophisticated knowledge of science. Gradually, a lost map revealed itself, of an empire constructed with precision and beauty across vast tracts of Europe. Oriented according to the movements of the Celtic sun god, the map had been forgotten for almost two millennia. Its implications were astonishing. Minutely researched and rich in revelations, The Ancient Paths brings to life centuries of our distant history and reinterprets pre-Roman Europe. Told with all of Robb’s grace and verve, it is a dazzling, unforgettable book. The Ancient Paths was published in America as The Discovery of Middle Earth: Mapping the Lost World of the Celts.

“…a glorious book … Robb describes in his introduction the secretive meetings with publishers in London and New York that kept a lid on the book’s research until publication, and watching its conclusions percolate through popular and academic history promises to be thrilling. Reading it is already an electrifying and uncanny experience: there is something gloriously unmodern about seeing a whole new perspective on history so comprehensively birthed in a single book. If true, very important indeed.”

“The Ancient Paths is an overarching, wondrous reworking of history rooted in painstaking, if not obsessive, research. And if its fantastical connections and arcane details leave the reader reeling, perhaps that is merely a reflection of the astounding complexity and continuing mystery of a lost civilisation that Graham Robb has restored to its rightful place.“

“I don’t know how any of us can tell if the theory is true. It is a little unsettling that the central node of the conceptual map of Celtic England turns out to be the meadows and cricket pitches of the University Parks in Oxford where Robb has done most “ruminating” for this book. But Robb’s own calm eloquence is deeply persuasive and the idea that in pre-Roman Europe there was “a parallel world of lost majesty” is worked out so systematically, with so many astonishing coincidences, that by the end of it I was cheering.”

“If you accept Robb’s complex arguments, drawn from astronomy, philology, archaeology and history, you do indeed get a new view of an ancient civilisation, bulldozed into oblivion (like the Celtic-Gaulish language) by Rome. But there are weak points to his argument. One is too ready a belief in druids.”

“Graham Robb’s many admirers are in for a shock. Compared with his delightful rambles through history in The ­ Discovery of France and Parisians, this new book is shrill, tendentious and ­forbiddingly technical … It seems probable that the druids, foreseeing the future, and foreseeing that the future would bring forth Robb, who would spill the beans about their secret sun-grid, placed a curse of unreadability on the parts of his book that relate to them. The bright side is that all he has to do is stop writing about druids and his magic touch will return.”

The Ancient Paths: Discovering the Lost Map of Celtic Europe by Graham Robb The Omnivore