ZSL conservation scientists and keepers team up with leading writers to talk about the animals in ZSL London Zoo. Alongside 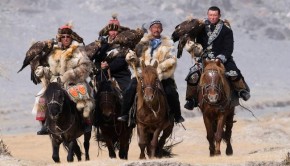 | Press reviews | Buy the book | Have your say | Blurb: There are 10,500 species of bird worldwide and wherever they occur people marvel at

RUTH PADEL Ruth Padel is a British poet and writer with close connections to conservation, wildlife, Greece and music. She