Some of today’s most notable women writers talk about which Virago Modern Classics continue to inspire them. Favourites include novels

It’s July 1976. In London, it hasn’t rained for months, water comes from a standpipe, and Robert Riordan tells his 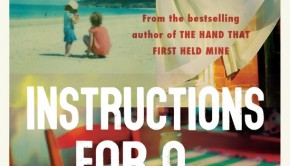 | Press reviews | Buy the book | Have your say | Blurb: It’s July 1976. In London, it hasn’t rained for months, gardens are filled