January sees us attack the new year head-on with an event as bracing as a stiff breeze, sweeping as a 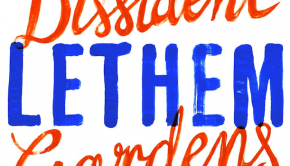