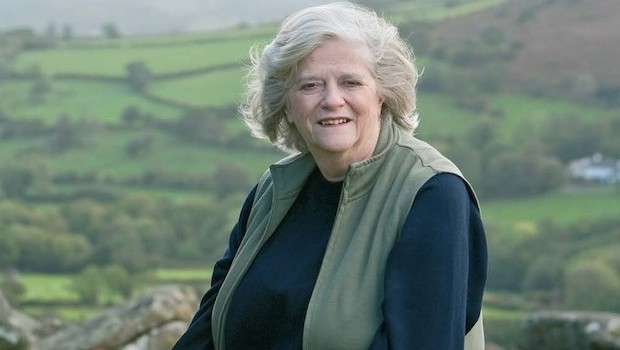 Blurb: From her early family life in Singapore and her convent school days to her student ambitions at Birmingham and Oxford, and her long-serving years as an MP, this is the life story of one of our most outspoken and celebrated politicians. Offering unique insight into her time as a Minister in three Departments and the Shadow Cabinet in the 1990s, Ann also explains the roots of her conversion to Catholicism in 1993 and her deeply held views on abortion and gay marriage.

A rare anti-hunting Tory, who campaigned for prison education and once put on a miner’s overalls to go down a coal mine, Ann Widdecombe has never been afraid of controversy. Her memoirs reveal a singular personality who lives life to the full. From feisty and witty appearances on Have I Got News For You to her unforgettable and star-turning performances on Strictly Come Dancing, Ann has earned her place in the public’s affections and has been heralded as a ‘national living treasure’ by the Guardian. Also containing Ann’s trenchant views on the Coalition, MPs’ expenses and the state of the nation, this is a provocative and entertaining read. Frank, fearless and engaging, Ann’s autobiography will delight her admirers and win her yet more fans. (Weidenfeld & Nicolson)

“Highly readable … Publishers know that the sales of political memoirs depend entirely on the author’s popularity. This explains why Alan Johnson’s autobiography has risen skywards while poor old David Blunkett’s performed a bellyflop. Widdecombe’s ripping tale will follow the flightpath of the former.”

“The trouble with Strictly Ann is more fundamental than its subject, viz,  it’s twice as long as it should be. It’s not just that she digresses from discussing her childhood with some caustic reflections on the current situation but that she can’t bypass a chance to remember some constituency stalwart, some teacher, some old Oxford Union dispute, by name. Her editor would have done her a favour if he’d seen her off at the pass when she tried to namecheck workers who helped her in every election and department. That may make a lot of people happy but they don’t include the reader. It’s a shame because she’s lived in interesting times.”

“Whatever you think about Widdecombe is unlikely to be changed by this book. It is briskly and competently written, and she comes across as sensible, cheerful, pragmatic — excellent qualities in an MP, though not necessarily in an autobiographer. She never agonises; she is sure of her rightness at all times; and her arrogance (“I was broadly in sympathy with the Pope”) is sometimes breathtaking. But if you are a Widdy fan, as she seems to believe most people are, you’ll enjoy this book.”

“This is a rather old-fashioned memoir. In a sense, that is appropriate for a traditional politician, who spent almost a quarter of a century absorbed in the minutiae of Westminster, but it misses the point of its author’s current appeal. The danger is that her political audience will think it irrelevant and her new fans will find it incomprehensible.Widdecombe risks falling between two worlds, but perhaps that is the point of Strictly Ann.”

“Is Widdecombe’s writing any better than her dancing? No. About the best you can say for her prose is that it is accurate. Her grammar is fine – Ann is a stickler for grammar – and her anecdotes make sense in that they have a beginning, a middle and an end. Her attention to detail is exemplary, if you’re the kind of reader who really does long to know precisely where she stands on the matter of apostolic succession or Michael Howard’s sacking of the former director of HM Prison Service, Derek Lewis. But in every other respect her memoirs bear a strong resemblance to her paso doble: no rhythm, no beauty, no humour and, above all, no feeling.”

Strictly Ann: The Autobiography by Ann Widdecombe The Omnivore