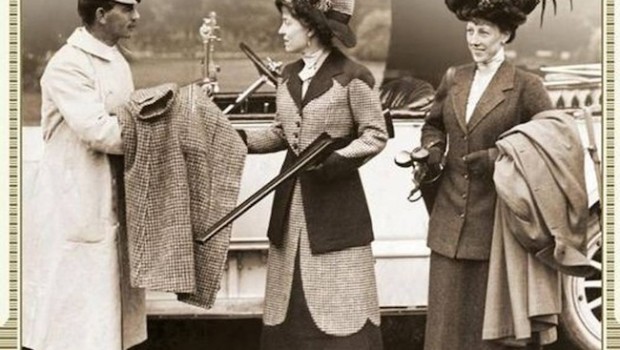 Servants: A Downstairs View of Twentieth-century Britain by Lucy Lethbridge

Blurb: A social history of the last century through the eyes of those who served. From the butler, the footman, the maid and the cook of 1900 to the au pairs, cleaners and childminders who took their place seventy years later, a previously unheard class offers a fresh perspective on a dramatic century. Here, the voices of servants and domestic staff, largely ignored by history, are at last brought to life: their daily household routines, attitudes towards their employers, and to each other, throw into sharp and intimate relief the period of feverish social change through which they lived. (Bloomsbury, 2012)

“Lucy Lethbridge has written a history of domestic service based on a formidable range of manuscript, broadcast and published sources. The resultant book contains few surprises, but is a fluent, trustworthy account that will not be superseded. Its utility is enhanced by Lethbridge’s quiet, firm, clear judgements: there is no glib indignation or condescension towards historic ‘victims’, but a level, compassionate neutrality that makes her narrative seem all the more telling.”

“By 1945, P.G. Wodehouse was lamenting, ‘What the devil does one write about these days, if one is a specialist in country houses and butlers, both of whom have ceased to exist?’ The answer, with Jeeves and Wooster, as with Lord Fellowes, was to whip up a fantasy saga about ceremony and tradition, to ignore the genuine iniquities, and to pretend that masters and servants represented ‘a microcosm of the natural and social order’ — when, as this book movingly shows, in actuality that order was harsh, snobbish, spiteful, and doomed.”

“… Lethbridge’s approach is scrupulously even-handed. ‘Every example of oppression and ill-treatment on the part of the employers can be countered by another of reciprocal friendship and loyalty,’ she writes … The Left, with its inverted snobbery, still finds it hard to regard servants as anything more than flunkies, or class traitors. Hats off, then, to Lethbridge for so touchingly and comprehensively chronicling those lives that history, like the snootiest of employers, has neglected for so long.”

“Lethbridge enables us to hear the voices of her subjects; she skilfully interweaves written and oral testimony. Sometimes she leaves assertions unexamined … When she states that there were as many domestics in London in 2011 as there were in the 19th century, does she mean that the total is numerically the same, or is she talking about the proportion in relation to the rest of the population? This recent rise in demand for servants is an interesting and important subject which she isn’t able to explore in any depth. But this book is empathetic, wide-ranging and well-written; it will enthrall many readers.”

“Engrossing … Devotees of Downton Abbey will recognise the territory of the opening chapters … Lethbridge vividly describes how this world was forced to adapt itself to the new economic realities brought by war.”

“Thoroughly researched and tremendously entertaining … Although Lethbridge admits that some servants formed close and fulfilling relationships with their employers, her book provokes a feeling of intense anger at the sheer waste and condescension involved in the master-servant relationship.”

“Lethbridge uses many first-hand accounts in this enlightening and elegantly written social history.”

Servants: A Downstairs View of Twentieth-century Britain by Lucy Lethbridge The Omnivore