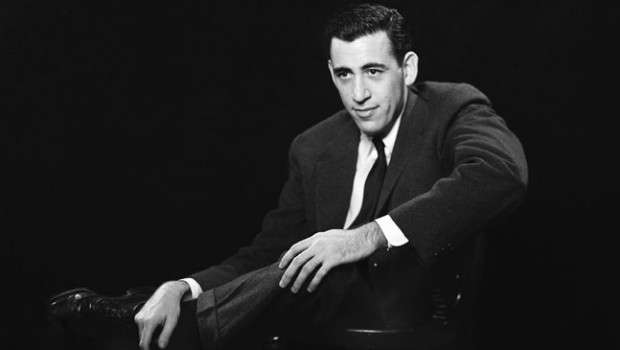 Blurb: Based on eight years of exhaustive research and exclusive interviews with more than 200 people-and published in coordination with the international theatrical release of a major documentary film from the Weinstein Company, The Private War of J.D. Salinger is a global cultural event: the definitive biography of one of the most beloved and mysterious figures of the twentieth century.

For more than fifty years, the ever elusive author of The Catcher in the Rye has been the subject of a relentless stream of newspaper and magazine articles as well as several biographies. Yet all of these attempts have been hampered by a fundamental lack of access and by the persistent recycling of inaccurate information. Salinger remains, astonishingly, an enigma. The complex and contradictory human being behind the myth has never been revealed. No longer. In the eight years since The Private War of J.D. Salinger was begun, and especially in the three years since Salinger’s death, the authors interviewed on five continents more than 200 people, many of whom had previously refused to go on the record about their relationship with Salinger. This oral biography offers direct eyewitness accounts from Salinger’s World War II brothers-in-arms, his family members, his close friends, his lovers, his classmates, his neighbors, his editors, his publishers, his New Yorker colleagues, and people with whom he had relationships that were secret even to his own family. Shields and Salerno illuminate most brightly the last fifty-six years of Salinger’s life: a period that, until now, had remained completely dark to biographers. Provided unprecedented access to never-before-published photographs (more than 100 throughout the book), diaries, letters, legal records, and secret documents, readers will feel they have, for the first time, gotten beyond Salinger’s meticulously built-up wall. The result is the definitive portrait of one of the most fascinating figures of the twentieth century.

“I predict with the utmost confidence that, after this, the world will not need another Salinger biography … You take away two fascinating paradoxes from this hugely impressive, if not entirely revelatory project. One is Salinger’s creepy obsession with girls on the edge of adulthood … He was, say the authors, devoted to innocence, and to sullying it … Second is his attitude to seclusion. For a man supposedly indifferent to fame, he monitored it obsessively, checking reviews of his work, ringing up journalists, turning up to interviews with pretty women, inviting people to his house, attending army reunions. He had seen what war had done, and hated the world that organised that war, but he couldn’t leave it alone, couldn’t embrace Vedantic detachment entirely.”

“This book is crass, permeated with scholarly bad faith, and shamelessly overblown. And nonetheless great fun … If you want a ploddingly reliable story of the life of the author of <i>Catcher in the Rye</i> read Kenneth Slawenski’s J D Salinger: A Life (2010).”

“[The authors'] methodology gives the reader a choral, “Rashomon”-like portrait of Salinger, but it also makes for a loosey-goosey, Internet-age narrative with diminished authorial responsibility. Instead of assiduously sifting fact from conjecture and trying to sort out discrepancies, Mr. Salerno and Mr. Shields are often content to lay back and simply let sources speak for themselves. This can make for sloppy scholarship with a lot of hedges like “probably thought,” “would have understood” and “might have been,” as well as outright speculation — sometimes by the authors themselves.”

“They have found some interesting sources — including Jean Miller — but many are not quite what they seem … The reader is sceptical: but that scepticism should have been exercised in the first place by the authors. This is a biography that inevitably tries to conceal a paucity of evidence; there is not even an index, and the footnotes are maddeningly incomplete. Whether it was worth writing at all will depend on the quality of what is published between 2015 and 2020.”

“Energetically researched and containing some notable scoops, it’s non-Salingerian in spirit to an almost comical degree: over-emphatic, lurid, Hollywood-inflected and altogether the kind of production that the executors would surely have done better to pre-empt or co-opt … From the start, it’s clear that the story they want to tell has been shaped as much by dramatic beats (as they’re known in the movie business) as it has by a feeling for Salinger’s life.”

“Bizarre… they are no more interested in Salinger the writer or artist than the people who go through Dylan’s garbage cans are really interested in Dylan … from now on, if you want to understand why the young J. D. Salinger fled New York publishing, fanatic readers, eager biographers, disingenuous interpreters, character assassination in the guise of “scholarship,” and the literary world generally, you need only open this book. ”

Salinger by David Shields and Shane Salerno The Omnivore