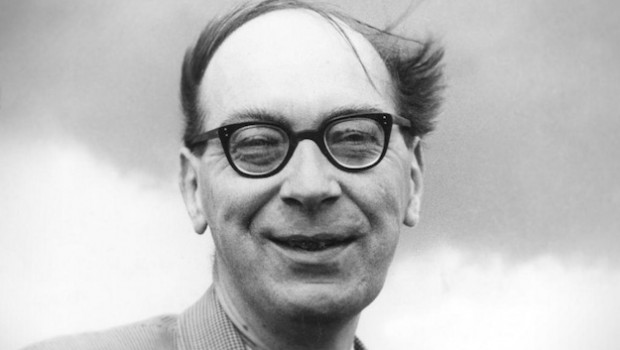 Blurb: Philip Larkin was that rare thing among poets: a household name in his own lifetime. Lines such as ‘Never such innocence again’ and ‘Sexual intercourse began / In nineteen sixty-three’ made him one of the most popular poets of the last century. Larkin’s reputation as a man, however, has been more controversial. A solitary librarian known for his pessimism, he disliked exposure and had no patience with the literary circus. And when, in 1992, the publication of his Selected Letters laid bare his compartmentalised personal life, accusations of duplicity, faithlessness, racism and misogyny were levelled against him. There is, of course, no requirement that poets should be likeable or virtuous, but James Booth asks whether art and life were really so deeply at odds with each other. Can the poet who composed the moving ‘Love Songs in Age’ have been such a cold-hearted man? Can he who uttered the playful, self-deprecating words ‘Deprivation is for me what daffodils were for Wordsworth’ really have been so boorish? A very different public image is offered by those who shared the poet’s life: the women with whom he was romantically involved, his friends and his university colleagues. It is with their personal testimony, including access to previously unseen letters, that Booth reinstates a man misunderstood: not a gaunt, emotional failure, but a witty, provocative and entertaining presence, delightful company; an attentive son and a man devoted to the women he loved.

“Superb… It is good not to have to apologise for Larkin any more… Booth evokes a chameleon-like Larkin whose relish for the dark side of things does no harm. And then so much of Larkin’s best work brings dark and bright together. Booth’s poem-by-poem account of Larkin’s evolution as a poet is compelling and makes clear how unmistakeably Larkin belongs among the greats.”

“…since when was it necessary to be a nice person if you wanted to be a creative genius? Wagner was horrible. Orson Welles was difficult. The controversy over Larkin’s apparent misogyny and Little Englandism took hold, however, and Booth does brilliantly well to remind us of the “quirky self-ironic euphoria and manifest enjoyment of the process of writing itself” that always characterised every Larkin sentence, whether in his verse, his letters, his reviews or his pair of novels. It is perhaps the sheer playfulness of Larkin’s high intelligence that the professors couldn’t tolerate. Booth, literary adviser to the Philip Larkin Society and a former colleague of the poet’s at Hull university, reminds us that this was a person of myriad facets – ribald, reactionary, wistful, astringent, reflective by turns.”

“Is Booth’s attempt to salvage Larkin’s reputation successful? To a large extent it is – because of its fine-grained, thoughtful focus on what is, after all, the most important aspect under consideration: the poet’s work. This is very much a literary biography and should be read with an edition of the poems to hand… This biography is full of wise textual analysis, and for that it should be read.”

“What does Booth bring to the subject? He has been a Larkin scholar and critic for many years, editor of Larkin’s (pseudonymous) Brunette Coleman stories, and a colleague of Larkin’s at Hull University. His grasp of this milieu, in particular the library which Larkin did so much to create (the first new university library after the war), is very strong. He provides a detailed picture of Larkin in post, especially in his dealings with the mostly female staff, who found him kind, attentive, encouraging and fun to be with on social occasions.”

“Booth’s partisanship can grate, and he displays an incuriosity that is not ideal in a biographer. He skips details that another life-writer might dwell on — of Larkin’s ancestors, or Jones’s family, or life in Belfast in the 1950s, or even the qualities that a good librarian needs. You get the impression he is happier leafing approvingly through Larkin’s notebooks and letters than finding out anything new. I am not sure this book, in any important respect, eclipses Motion’s seminal biography from 1992. But Booth usefully highlights Larkin’s graveyard humour, his passion for jazz, his capacity to surprise people with kindness, and his tireless poetic search to define “something hidden from us”, that malevolent Providence that chooses your life for you and makes decisions without your agreement.”

“It is an engrossing and, at least some of the way, a persuasive account. There are times when Booth struggles. Larkin spent 20 years keeping two women, Monica Jones and Maeve Brennan, on the go, and then just as he was contemplating settling for one decided instead to take up with his secretary Betty Mackereth as well. Booth does his best but there is no avoiding the pain that was caused nor that it was Larkin who was causing it… he is excellent on the poetry which is, after the porn stash is put through the shredder, the testimony that really matters.”

“Booth is stalwart in defending Larkin against charges of political incorrectness, highlighting his youthful leftist sympathies, his desire to escape “heterosexual patriarchy”, his denunciation of racism in jazz reviews, his aversion to the Orange marches he witnessed in Belfast (“staggering dullness … & stupefying hypocrisy”) and the relative innocuousness of his taste in porn (part of his collection was kept in a university ring binder with the words “Staff Handbook” on the spine). The points are well made, but an air of desperation creeps in: the book’s so partisan, so Hull-centric, so anxious to present Larkin as decent and companionable (an inspiring boss, a genial colleague, a paid-up member of the RSPCA), it underplays his troubled genius. “I think I am mad and odd,” he once wrote to Monica, and he was indeed madder and odder than Booth finds it prudent to admit.”

“Readers seriously interested in Larkin the writer will find more depth in M W Rowe’s study, Philip Larkin: Art and Self (2011). But for Larkin fans James Booth’s book should be a satisfactorily detailed updating of a familiar story told with wholehearted admiration and scholarly command. One imagines the shade of its subject, however, shying away with honest embarrassment from the hagiographic aspect of this book, then observing to Kingsley, after a stiffening gin, that the title should have been ‘Lie, Fart’ etc.”

“He rushes about the place with the literary equivalent of air freshener, determined to render even the most whiffy facts a little more fragrant. It’s a strategy that’s only partially successful. Booth is certainly less sententious than Motion; he leans towards understanding rather than judgment, which seems to me to be the bigger part of the biographer’s job. But it also gets him into several scrapes. Not only does it lead him to be unfair to Larkin’s lovers, women he apparently regards as the poet’s “creation” (Monica Jones, the academic with whom Larkin was involved for more than 30 years, would have shrieked to hear this – and rightly so). It also causes him to overstate the Larkin-haters’ case, the better that he might ride to the rescue. Is there anyone alive, for instance, who honestly regards Larkin as a “pugnacious philistine”?”

“Whether we agree or not with Booth’s portrayal of the man, he’s good on the poetry, detailing, for example, its improbable debt to the French symbolists. And, for all the shakiness of his efforts to explain away Larkin’s private transgressions, his book is much more enjoyable than Motion’s, which – though superbly researched – is a 500-page sigh of PC disapproval.”