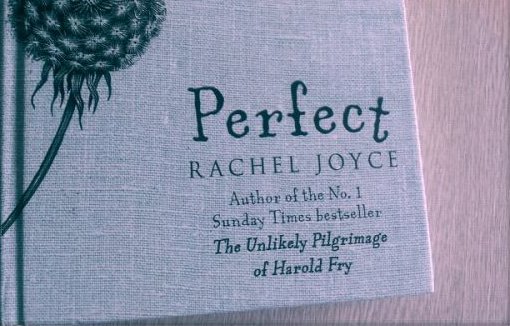 Blurb: In 1972, two seconds were added to time. It was in order to balance clock time with the movement of the earth. Byron Hemming knew this because James Lowe had told him and James was the cleverest boy at school. But how could time change? The steady movement of hands around a clock was as certain as their golden futures. Then Byron’s mother, late for the school run, makes a devastating mistake. Byron’s perfect world is shattered. Were those two extra seconds to blame? Can what follows ever be set right? (Doubleday)

“In Diana, she has devised a compellingly tragic character trapped in a mentally abusive marriage, who embarks on a summer of freedom in the unlikely company of Beverley. She may drink Sunquick but she also pierces the pretence of life at Cranham House instantly. If you had to describe the storyline, it might seem bland and frankly unbelievable. Its unputdownable factor — which had me reading it even on a 10-minute drive to Primrose Hill at the weekend — lies in its exploration of so many multilayered emotions.”

“Though she is a charming and skilful writer, I thought the premise of a smalltown retiree setting out to repay a decades-old debt was contrived. For her followup, she has done something more ambitious, darker and more honest … With her moorland setting, weather effects including fog and a wild rainstorm, an old-style mental hospital too free with electroconvulsive therapy, an uncanny attraction between social unequals and the mysterious injury to Jeanie’s leg, Joyce has put together a novel that is half gothic, half comic romance. But the love story can’t warm hearts sufficiently to dispel the chill.”

“If there is a flaw in Perfect, it is that the novel tries to do too much, just like a mother aiming at perfection. Yet Diana herself is faultless. She is to Perfect what Harold Fry was toUnlikely: a fully rounded hero, someone to fall in love with and argue about, cherish and admonish, as though she were real. She brings to mind Tabitha in John Irving’s A Prayer for Owen Meany, another idealised mother who makes boys blush. Like Irving, Joyce has been criticised for being sentimental; if only more novels were bad enough to move us like this one.”

“When the final catastrophe comes, it also feels slightly stagey; but the build-up — the strain on this sensitive boy of his mother’s struggles with both her past and present lives — is tense and engrossing. Readers who loved The Unlikely Pilgrimage of Harold Fry will not be ­disappointed.”

“This book is hard in every sense, and there are moments when even the most earnest reader will want to put it down and spend a few moments thinking about kittens or new-born lambs. But persevere and plough on alongside Byron (who you’ll find you want to stay with, as if by continuing to read him you might be able to protect him somehow, or at least keep him company), and the reward is a redemptive ending of such tenderness that after 300-odd pages of darkness you will end up grinning dippily and recommending this wild, searching book to everyone you know.”

“Colonising the territory occupied by Catherine O’Flynn and Clare Morrall, Perfect is marked by effortless storytelling, droll sideswipes at the oddities of human behaviour and the use of simple, unaffected imagery that manages to plumb deep emotion. It’s unfair to expect it to have quite the level of magic of Harold Fry, but it will still move and enchant.”

“Rachel Joyce’s follow-up to the bestselling The Lonely Pilgrimage of Harold Fry is a powerful study of grief, loss, guilt, depression, mental illness – and ultimately the power of love – which grips the reader on every page.”

“Naive, over-imaginative, easily led, Byron is not an obvious hero but like Christopher Boone (The Curious Incident Of The Dog In The Night-time) and Owen Meany before him, he will tug at your heart. His mother Diana, petite, fragile, reaching for a perfection that can only ever be illusory, will stay with you just as long. This is a darker, more complex novel than Joyce’s first but readers will find other points of comparison. Not least a twist that few will see coming and will leave you reeling; and a redemptive ending that is perhaps the sweeter given all the pain that goes before.”

“Joyce deftly knits past and present together as Byron, James and Jim meet in the café where Jim works. There is a twist in the denouement that is unexpected but suddenly makes perfect sense and is not without hope. This is a compelling novel about the crushing restrictions that class and gender can impose, the burden  of parental expectation, and the stigma attached to mental illness. While not perfect, and what in life is, it is certainly an affecting tale.”

“Joyce’s satire on class difference is a little simplistic (Byron’s family is caught between middle-class snobs and grasping proles) but the depiction of Diana’s mental deterioration is movingly done. Perfect it isn’t but this is a novel with the capacity to both surprise and charm.”